Why Is Apple Making Its Own iBeacon Hardware? 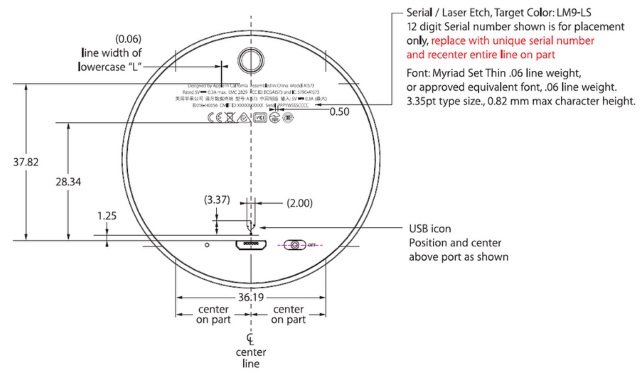 Apple (NASDAQ:AAPL) has developed its own iBeacon hardware product according to an application for certification made with the U.S. Federal Communications Commission (FCC). The FCC filing was made on July 4 and was first highlighted by wireless router company Securifi in a tweet on Friday, according to a report from TUAW.

Apple first introduced its iBeacon technology as part of iOS 7’s SDK (software development kit) at last year’s Worldwide Developers Conference. The micro-location technology uses the Bluetooth Low Energy communications standard to send notifications to mobile devices based on their proximity to a transmitter. Since the Bluetooth-based technology allows the system to more accurately pinpoint a user’s location than GPS can, it is well-suited for indoor navigation purposes, as well as targeted marketing.

However, the hardware for the iBeacon technology has so far only been provided by third-party manufacturers. For example, shopping app company Shopkick uses Apple’s iBeacon technology in small ShopBeacons that it has installed in Macy’s (NYSE:M) stores and other retail locations. The devices provide a personalized, interactive shopping experience for customers by transmitting information to users’ smartphones about nearby products or special offers based on their specific location.

Retailers aren’t the only businesses that have adopted the iBeacon technology.  As recently reported by TechCrunch, Major League Baseball has also adopted Apple’s iBeacon technology and has already installed beacon systems in twenty-eight ballparks around the country. MLB uses the system as a check-in service for game attendees, as well as a way to deliver special offers and interactive features to fans.

According to the application for FCC certification, the “Apple iBeacon” was tested by China’s Audix Technology. Per the documents, the product was assigned a model number of A1573 and passed all of the tests it was put through. The device has a diameter of 5.46 inches and works on a frequency of 2.4 GHz.

Despite the detailed documentation on the device’s technical specifications, it is still unknown how Apple intends to use its iBeacon hardware. Since Apple currently uses third-party beacons to send shoppers product information and other alerts in its retail stores, it is possible that Apple developed the hardware just for use in its Apple Stores. Apple has previously filed a patent for an in-store wireless payment system that uses a combination of both near field communication (NFC) and Bluetooth protocols.

However, the Apple iBeacon device could also be intended for an entirely different purpose. Securifi speculated that it may be related to Apple’s recently unveiled HomeKit feature in iOS 8. Although HomeKit is just a suite of tools that allows developers to more easily bring third-party products into the iOS fold, unnamed insider sources cited by 9to5Mac recently reported that Apple is also working on its own “Smart Home” hardware products. For this reason, it is also possible that the iBeacon hardware is part of Apple’s overall plan to convert user’s iOS-based devices into remote controls for their connected homes.