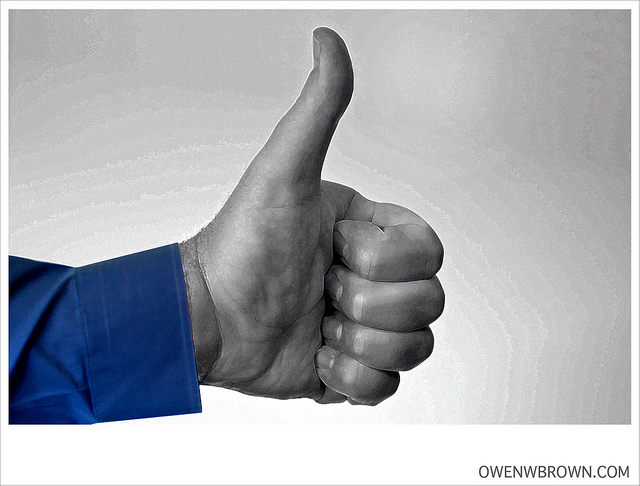 Most Facebook users think a lot about what they post on the social network. Far too many ‘friends’ understand the far-reaching implications that can result when a post is taken the wrong way, someone disagrees with a political stance, or the subject of an angry status catches wind of an update that has been written about him or her in the heat of the moment. Now that Facebook serves over a billion users, consumers know all too well how much of an impact their words can really have, and most (at least hopefully) act accordingly.

That’s why many respect the value of the backspace button, and plug words into the status field only to later take them away without pressing the ‘Enter’ button. Users think they are safe as long as they don’t press publish, but interestingly enough, new reports illuminate that it’s not exactly that simple. A recent article by Slate highlights that Facebook actually has access to all that its users type — even that which they don’t publish — and the company’s experts study these unposted thoughts to better understand why they weren’t published in the first place. Unpublished posts don’t benefit Facebook because they withhold information that can be used by the social network to decide what ads to feed users based on what they post, so the social network enlists professionals to better understand why certain posts are left in the drafts folder, and how to better discourage that placement in the future.

According to Slate, two Facebookers named Sauvik Das and Adam Kramer recently published a paper detailing their study of the self-censorship behavior collected from 5 billion Facebook users, and examined backspaced status updates, as well as other aborted posts and comments. The researchers use a code available to Facebook that allows them to access anything users type into the text box, reporting that metadata back to Facebook for further examination.

Thus, Das and Kramer highlight more private information that Facebook has access to, unbeknownst to users. The researchers, along with company spokespeople, maintain that the social media giant isn’t as interested in users’ unpublished content as much as it is in understanding why the backspace key was utilized in the first place, but consumers still likely wouldn’t be pleased to hear their censored content is being viewed by another not-so-personal eye, and it is even arguable that Facebook’s privacy policy doesn’t cover the interaction.

Nonetheless, the analysis carries on, and Das and Kramer’s article closes, “we have arrived at a better understanding of how and where self-censorship manifests on social media; next, we will need to better understand what and why.” Not all users will be holding their breath for that conclusion, but they may be more careful about what they plug into the status update field moving forward. Facebook has never allowed users to employ a Drafts folder to collect unpublished statuses, but it is clear that the Cupertino, California-based company might already be using one if its own, and it is still up to debate whether that benefits users, or just the brains behind the Facebook operation themselves.