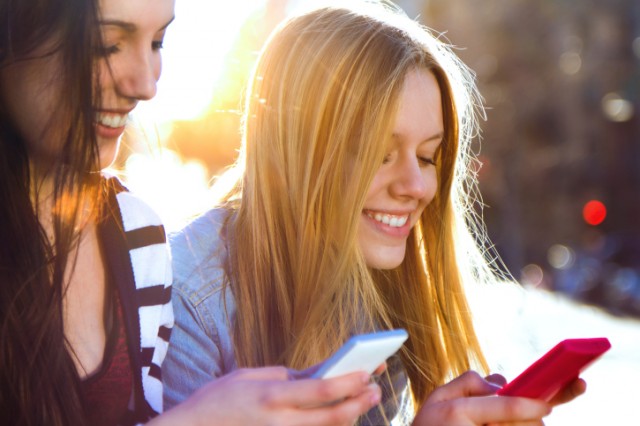 When you think Thanksgiving shopping and Black Friday sales — or even Cyber Monday deals — you probably think about standing in line, dealing with huge crowds at big-box stores, or even sitting at home on your computer, browsing sales online. One thing you may not think of? Making purchases from your phone. Shopping from a smartphone is relatively unusual, but sales figures from Thanksgiving through Black Friday and Cyber Monday show that mobile shopping is growing in popularity, especially for users of Apple’s iOS devices.

As Claire Cain Miller reports for The New York Times, shopping on a phone is uncommon, but growing quickly. Miller reports that while e-commerce accounts for only 6% of total retail spending, sales made on computers are growing much more quickly than sales in brick-and-mortar stores, and sales on mobile phones are growing even more quickly. A timely illustration of the trend is the biggest shopping weekend of the year, one that now begins on Thanksgiving Day and doesn’t end until Cyber Monday.

The National Retail Federation projects that offline sales throughout this year’s holiday season will grow approximately 4% since last year, while comScore forecasts that desktop e-commerce sales will grow 13% and mobile sales will increase 33%. Many consumers already use their smartphones to research products, and do so while they’re shopping at a brick-and-mortar store, even if they don’t make the final purchase from their phones. Miller notes mobile shopping spikes on Black Friday, as people in stores find better deals on their phones.

Norman Sadeh, a professor of computer science at Carnegie Mellon University, tells The New York Times that mobile commerce is about convenience for consumers. He notes, “These cellphones are with us all the time, so why should you be doing Christmas shopping only at home? Why shouldn’t you do it while you’re on the subway, waiting for the bus, at the cafe?”

To keep up with consumers and their shift to mobile, retailers are building mobile sites and apps to make shopping as easy on a smartphone as it is on the computer. Tools like Apple Pay help consumers around what Miller characterizes as the biggest hurdle for many mobile shoppers:  entering their payment information on a phone’s (relatively) small screen.

Recently, Thanksgiving day has rivaled Black Friday in sales — a new development attributed largely to e-commerce. In 2013, 21% of e-commerce sales on Black Friday were on phones, compared with just 17% on Cyber Monday, when people were back at their computers. The divide implies that consumers are shopping from their phones at times that they might not otherwise have shopped at all.

Spending throughout the weekend continues to rise, even though overall spending on Black Friday dropped, due to more deals on Thanksgiving and Cyber Monday. But online and mobile spending are growing. This year, comScore reports that Thanksgiving Day spending saw a 32% gain to reach $1.01 billion in online spending — surpassing the billion dollar threshold for the first time in its history and marking the first day of the 2014 season to reach that level.

There is good news when it comes to mobile sales as well as online sales. TechCrunch reports, as per IBM, that online sales between Black Friday and Cyber Monday were up 17% over last year, while mobile accounted for 51.2% of all e-commerce browsing and 28.9% of sales. Additionally, IBM found that on Thanksgiving Day, a third of sales were completed on mobile devices.

Forrester projects that there are 213 million consumers expected to have smartphones in 2014, and their use of those devices for shopping throughout the holiday weekend continues to increase. On Thanksgiving and Cyber Monday in 2013, 34% and 38% of shoppers said that they used mobile devices to shop. Those numbers were just 21% and 23% in 2012.  Miller notes that the ability to shop anytime and anywhere might turn out to be a bigger threat to brick-and-mortar retailers than e-commerce has been, as consumers own more connected devices and can make purchases from all of them.

Apple Insider reports that, according to Custora, mobile phones and tablets accounted for 21.9% of online orders on Cyber Monday, a significant increase over last year’s 15.9%. And on Black Friday, mobile devices made up 30.3% of orders. Online mobile sales were driven overwhelmingly by iOS devices, which accounted for 77% of mobile orders, versus 23% for Android devices.

IBM also saw that iOS dominates when it comes not only to consumers browsing and buying, but also in their orders’ average sales values. As 9to5Mac reports, iOS accounted for a quarter of online purchases, compared to less than 7% for Android devices. The average order value on iOS was $118.57, compared to Android’s $95.25. Additionally, TechCrunch notes that desktop traffic represented 48.6% of all online traffic, but 71.1% of all online sales, with an average order value of $128.60 versus $112.81 on mobile devices. iOS traffic accounted for 35.4% of total online traffic, more than double that of Android at 15.4%.

Mobile shopping is growing among consumers, with increases driven by the ubiquity of smartphones and tablets, which enable shoppers to look for deals while they’re waiting for their turkey to cook or they’re standing in mile-long lines at local stores. According to U.S. News, National Retail Federation chief executive Matthew Shay says that “For today’s shopper, every day is ‘Cyber Monday,’ and consumers want and expect great deals, especially online, throughout the entire holiday season.”

An increased propensity to use smartphones to check for online deals depends in part on consumers’ growing confidence in online shopping — and the ability of retailers to deliver packages on time. That means that in addition to being more willing to browse and buy from a mobile device, customers are more likely to make holiday purchases later in December, enabling retailers to offer more deals even after the frenzy of the Thanksgiving holiday weekend is over. As more retailers seek to add not only apps and mobile websites, but attention-grabbing deals throughout the holiday season, the growing shift to mobile is likely to shape up as an advantage for both retailers and their customers.