Why People Still Don’t Want to Use Apple Pay 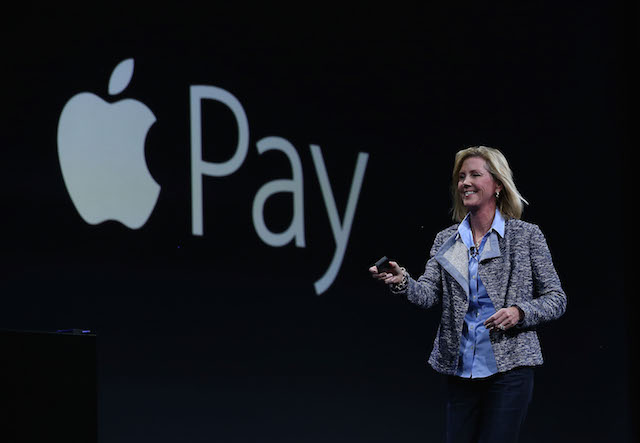 Apple Pay made a splash when the mobile payments system was announced and when Apple chief executive Tim Cook told investors on a January earnings call that “2015 will be the year of Apple Pay.” Though iPhone owners, banks, and retailers have certainly begun to adopt the system, Apple’s success with the system has so far been limited.

As Nandita Bose reported for Reuters, Apple has aggressively recruited retailers, convincing many to enable their customers to make purchases with Apple Pay. A company spokesman told Reuters, “We’ve spoken to all of the top 100 merchants in the U.S., and about half will accept Apple Pay this year, with many more the following year.” But interviews with analysts and retailers indicate that many of the merchants whom Apple wants onboard remain skeptical about Apple Pay, a service that Apple wants to see succeed as much for its ability to closely tie users to their iPhones and Apple Watches as for its potential to give Apple a piece of each transaction completed.

To independently assess the progress that Apple is making with Apple Pay, Reuters did some digging. The outlet looked at the National Retail Federation’s list of the top 100 retailers in the United States, and found 98 that have brick-and-mortar stores. It surveyed those 98 about Apple Pay, and received detailed responses from 85 and simple information about whether or not Apple Pay is accepted from 11. (The final two did not respond.) While some of the country’s top retailers use and like Apple Pay, fewer than a quarter of the retailers said that they use the payments system and nearly two-thirds said that they won’t be accepting it this year. In all, only four companies plan to begin accepting Apple Pay in the next year.

As for the reasons behind the low adoption of Apple Pay among the top retailers in the country? Retailers surveyed by Reuters cited low customer demand, a lack of access to the data generated by Apple Pay transactions, and the cost of the technology needed to facilitate contactless payments. Some retailers also said that they weren’t adopting Apple Pay because they planned, instead, to participate in “a new mobile payment system to be launched by a coalition of retailers later this year,” undoubtedly CurrentC from the Merchant Customer Exchange.

Though Bose notes that reliable statistics on mobile payments are hard to come by, analysts agree that they account for only a tiny fraction of retail transactions completed in the United States. A survey conducted by Verifone and Wakefield Research and released in January indicated that mobile payments accounted for about 4% of overall payments for in-store transactions in the U.S.

An ITG Investment Research study conducted in November, shortly after Apple Pay’s launch, found that Apple’s service accounted for 1% of digital payment dollars while Google Wallet accounted for 4%. Analysts agree that Apple Pay’s market share has grown dramatically since then. ITG senior Internet analyst Steve Weinstein told Reuters, “In the last six months or so there has been more acceptance of Apple Pay. Google Wallet has kind of stalled out.” And Cook said in January that Apple Pay accounted for two out of three dollars spent via contactless payments, though the company didn’t share the data behind the statement.

Apple Pay was accepted at 700,000 sites as of March, and as CNET reported, Apple’s vice president of Internet services Jennifer Bailey revealed at the company’s yearly Worldwide Developers Conference that Apple Pay will be available at more than a million locations across the United States within a month, reaching a number four times greater than the 220,000 locations that were available when Apple Pay launched last year.

Bailey also said that developers are seeing a “two-times increase” in the number of checkouts that use Apple Pay within their apps. And as Re/Code’s Jason Del Ray noted, Bailey also announced that Apple Pay is adding compatibility for store-branded cards, as well as retailer loyalty programs — a must if Apple wants to broaden the payment system’s appeal among shoppers and retailers. The ability to use store cards is attractive to both shoppers because the cards usually come with perks, and merchants like them because they’re typically cheaper to process than a regular credit or debit card.

Apple Pay’s compatibility with private label cards also eliminates what was expected to be a difference between Apple Pay and Current C, which MCX is expected to publicly launch later this year. To further boost Apple Pay adoption among retailers, Apple will soon begin selling an Apple Pay-compatible card reader from Square, a payment processing company that works with both small and midsize businesses.

Apple still faces significant challenges in convincing both shoppers and retailers to adopt the system. The relatively small number of shoppers with compatible hardware, for instance, often remain unconvinced that the ability to pay with a phone or a watch constitutes a big advantage when swiping a card is not particularly difficult or cumbersome in the first place. Many users who try out Apple Pay don’t end up using it consistently.

In the case of retailers, Apple may win some over with the addition of compatibility for loyalty programs and private-label cards, but an even bigger reason that many don’t — and won’t — use Apple Pay is that it removes their access to data about customers and their buying habits. Bose explains that when a credit card is swiped at a terminal, the retailer gets the name and the card number, which can be combined with publicly available demographic data like address, phone, and email address to enable the retailer to send targeted promotions to customers.

Additionally, retailers who participate in CurrentC won’t be allowed to accept any other mobile wallet until 2016. And other retailers cite the cost of new terminals and computer upgrades as a deterrent to adopting the payments system. Retailers face an October deadline to upgrade their terminals to accept cards with microchips, and the new terminals required typically support contactless payments. But accepting mobile payments can also require backend systems that can be costly, especially for retailers who want to support multiple systems.