Why the Internet of Things Will Change Your Life 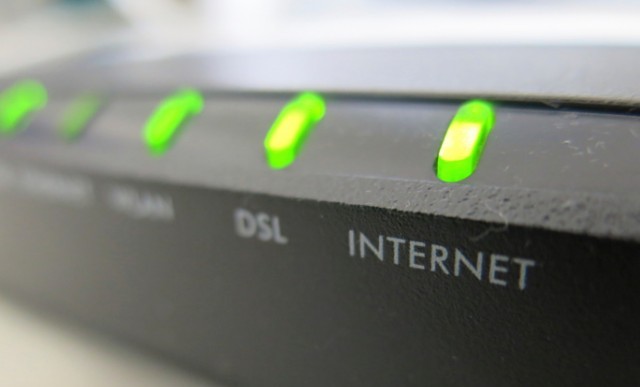 The Internet of Things or IoT seems to be everywhere. Even before IoT devices dominate our world, they have already begun dominating news cycles. In his keynote address at CES 2015, the Samsung CEO mentioned IoT 20 times in five minutes.

A number of technology platforms such as Apple, Google, and Samsung, have begun competing for control of the IoT platform. As a result, almost on a daily basis we hear about startups and established companies making new forays into the IoT ecosystem.

Here are three pressing questions about this exciting technology, answered.

1. So, what, really, is the Internet of Things?

The Internet of Things is concerned with adding intelligence to everyday objects. For example, in the future, your refrigerator will be able to communicate with your phone, which, in turn, will exchange messages and status alerts with your car and garage door.

In short, IoT is an ecosystem of intelligent objects surrounding a human being. The utility of imbuing inanimate objects with intelligence is two-fold. First, they eliminate the complexity or remove friction from complicated tasks. Second, they will help manage information in an increasingly fast-paced lifestyle and a world awash with data.

The research firm Gartner estimates that there will be approximately 25 billion connected devices by 2020. These connected devices will produce surfeit of data for a variety of individual behaviors that range from health-related statistics such as fitness data and genetics to our shopping preferences.

Devices in the IoT ecosystem will help manage that data by either inciting action based on the data points or helping researchers (and marketers) figure out our habits. Such action alerts could range from simple tasks such as reminders and alerts, to complex tasks such as health monitoring.

A couple of things happened in concert, actually. First (and most importantly), the technology behind IoT exploded in the early years of this century. Up until the 1990s, typical components used in IoT devices, such as sensors and accelerometers, were expensive. It was difficult for geeks (let alone ordinary entrepreneurs) to make sensor-based devices and hardware. The cycle was circular: Prices were high because supply was limited and vice versa.

The smartphone wars between Apple and Google changed that. Suddenly, there was demand for sensors and accelerometers. Supply caught up and the resulting effect was a crash in prices. Sensors became affordable for anyone who cared to make products with them.

And the iPhone also happened. With its App Store, Apple offered a cheap development platform for sensor-based devices. The device benefited entrepreneurs and customers alike. The former did not have to worry about marketing and the latter suddenly had a device that consolidated multiple activities in their lives, from ensuring security for their homes to receiving calls and displaying fitness data. Smartphones, in effect, became a platform for devices in the IoT.

3. All of this sounds exciting, but is there any reason to be concerned about the IoT?

Because it is still in the early days, there are several problems with the Internet of Things platform.

For starters, the technology lacks a single platform or standard. The iPhone (and, subsequently, the smartphone ecosystem) has emerged as the single dominant platform. But, there are competing standards. For example, SmartThings, a startup acquired by Samsung last year, is another platform that connects various objects inside your home. So does Control4.

And then, there is the open source platform. The multiplicity of platforms could cause problems for consumers and may have a lock-in effect, where a company’s customers are forced to buy its products not because they are superior, but simply because they are part of the company’s ecosystem.

Then, there are privacy concerns. An IoT platform is a data repository of our actions, memory, and movements. As such, it has huge implications for the privacy of individuals.

For example, Google’s acquisition of Nest last year received much commentary from privacy experts. This is because the search giant has been embroiled in several privacy-related lawsuits in the past. Of course, privacy is a many-sided issue and involves trade-offs. Google’s search engines, which serve custom ads based on your search terms, and social media networks such as Facebook and Pinterest, have always walked a fine line between protecting privacy and offering services. That equation is yet to be determined for the Internet of Things. There are regulatory concerns as well since sharing sensitive health care data can make organizations/platforms liable to lawsuits.