Why the iPad Is Not Working for the School Classroom 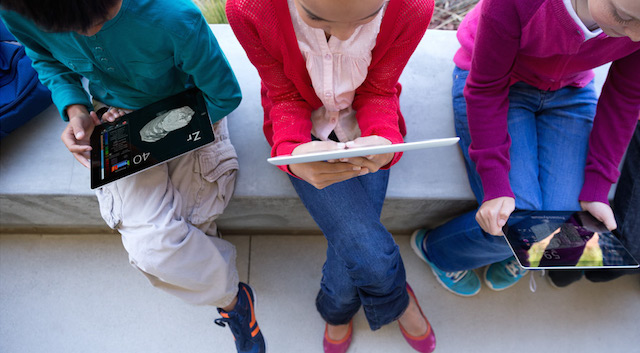 The Los Angeles Unified School District is looking to recoup millions of dollars that it spent on iPads and the curriculum provided with them, according to Howard Blume reporting for The Los Angeles Times. The Board of Education authorized its attorneys to explore possible litigation against Apple and Pearson, the company that developed the curriculum as a subcontractor to Apple. David Holmquist, general counsel for the school district, said that millions of dollars could be at stake, and in a letter sent to Apple said that the district will not accept or compensate Apple for new deliveries of the curriculum.

The $1.3 billion iPad effort was the signature program of former superintendent John Deasy, but the program faltered almost immediately following its fall 2013 rollout. Deasy framed the program as an initiative to provide lower-income students with the same technology accessible to their more affluent peers, but resigned under pressure over problems with the program last October. Ars Technica reports that soon after the program’s launch, students were found disabling app and browser limitations. Not long after, the district reported that a third of 2,100 iPads distributed via the pilot program were missing. A year later, investigations pointed to possible malfeasance by Deasy in securing the contract with Apple and Pearson. After Deasy’s resignation, the district first slowed the effort, and then abandoned the objective of providing a device to every student.

Blume reports that the school district’s contract with Apple was approved by the Board of Education in June 2013 as part of a deal that was expected to reach at least $500 million; a further $800 million was earmarked to improve schools’ Internet access. Pearson was contracted to provide English and math curriculum, though the district selected it after seeing only samples of curriculum, as no other materials were made available. The district made the deal in spite of this because it wanted to bundle the iPads and the curriculum into a single price; a three-year license for the curriculum added about $200 to the $768 cost of each iPad. The district bought 43,261 iPads with the curriculum, and another 77,175 iPads without the curriculum to use, initially, for state standardized tests.

Pearson was only able to offer a partial curriculum during the first year of license, which was permitted by the contract, but teachers and principals never widely adopted the product. A March report by Bernadette Lucas, the director of the project, found that only two of the 69 participating schools regularly use the Pearson curriculum. “Any given class typically experiences one problem or more daily. Teachers report that the students enjoy the interactive content — when it’s available. When it’s not, teachers and students try to roll with the interruptions to teaching and learning as best they can.”

The remaining schools and their more than 35,000 students “have given up on attempting regular use of the app” thanks to their array of shortcomings. Pearson’s materials are reportedly not adaptable for students who aren’t proficient in English, and the only available assessments are on paper, not online. Pearson also provided no data or tools to analyze how often the curriculum is used or how well it functions, and Lucas wrote that making the materials usable has required “extraordinary, unsustainable, and un-scalable resources.”

But even if Pearson’s materials were working seamlessly, they likely wouldn’t have provided an easy solution for teachers, students, and administrators. The education community is far from reaching a consensus on whether introducing iPads and similar tech in every classroom is a good idea or not. Peg Tyre recently reported for Bright that not only do research (and common sense) reveal that there’s no magic device — even an iPad — that can help students learn more, but “For the most part, education software is worse than you think.”

She explains that great teaching is complex, and software has yet to match the ability of an excellent teacher.  “Technology-assisted personalized learning has come a long way, but it’s hard to get software to replicate what teachers do. And too often, it ends up being a simple lesson and an electronic worksheet buried among some zippy graphics.” Not all students benefit from tech-assisted learning, and in some cases, the tech can even be a distraction rather than tool to better engage students with what they should be learning. And Tyre asserts that tech-assisted learning doesn’t reduce the need for great teachers, on whom most successful programs continue to rely.

Many have pointed to the rollout of iPads, in Los Angeles and in other school districts, as a symptom of a one-size-fits-all approach to learning, which runs counter to Apple’s marketing of the iPad in Education program as a way for teachers to create “customizable learning experiences.” But even the most sophisticated platforms that offer individualized lessons and assessments have yet to be proven as a scaleable solution. And many of the tablet or computer-based tools that schools have implemented so far have yet to live up to their expectations or produce exceptional results. As Holmquist wrote in some of his letters for the Los Angeles school district, “While Apple and Pearson promised a state-of-the-art technological solution … they have yet to deliver it.”