Why We Need Good Tech That Everyone Can Afford 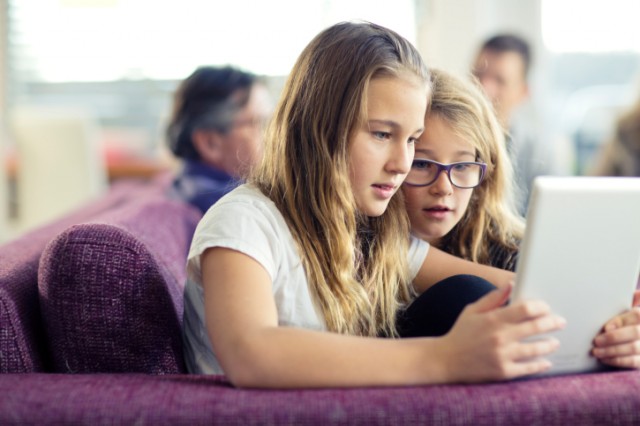 From accessing basic services to staying in touch with family to finding and managing a job, a mobile device and an Internet connection are considered a basic necessity for most Americans, from those making $100,000 a year to those making under $20,000.

But unlike more affluent consumers, who often have a computer and even a tablet in addition to a smartphone, low-income Americans don’t own multiple Internet-capable devices. A 2013 Pew Research Internet Project survey that found that 56 percent of American adults are smartphone owners also reported that low-income users rely on their phones for Internet access. Forty-five percent of cell Internet users in households with an annual income of less than $30,000 mostly used their phones to go online, compared with 27 percent of those in households with an annual income of $75,000 or more. That means that not only is the mobile phone becoming ubiquitous, but that it’s becoming a necessity, and for many, their primary link to the Internet and the information and services it makes accessible.

Even two years ago, TechCrunch reported on another Pew survey, which found that even those making less than $15,000 per year were likely to have a smartphone (with one qualification: especially if they’re young). Over half of that income bracket at ages 18 to 24 were smartphone owners, and in the 25 to 34 bracket, 43 percent were also smartphone owners. Making room for a smartphone in a limited budget isn’t a sign that people want the luxury of Candy Crush or Facebook, but that smartphones are a must, and are necessary even, or especially, among those with limited income.

More recently, Wired’s Mat Honan wrote in May that a cheap smartphone is “the new iPhone” — as features trickle down to lower-end phones, these phones will, in turn, have a ripple effect on higher-end devices and their users. The popularity of WhatsApp and the rise of emojis both exemplify how solutions for lower-end hardware trickle up to higher-end devices. And thanks to a robust market for low-end smartphones globally, more U.S. consumers will be able to afford smartphones, with new offerings in the price range of a much less-capable feature phone.

Alcatel is bringing an $80 Android smartphone and a $59 3G smartphone to U.S. consumers, and both are based on a platform by Taiwan’s MediaTek. Good, low-end smartphones are a new idea in the American technology market, and they’re not only exciting, but also have the potential to put better technology within reach for the millions of Americans whom Silicon Valley traditionally overlooks. While Google pushes its AndroidOne program to lay out standards for cheap but useful smartphones for emerging markets, it and companies like it would also do well to research the low-cost solutions that could gain them market share among the lower-income consumers in their own backyards.

The Next Web’s Josh Ong reports that as mobile devices make technology available to a wide cross-section of American society, for many low-income families, the smartphone instead of the PC is a primary device. Currently, the smartphone has reached approximately 70 percent market penetration in the U.S., and is expected to approach 90 percent by 2020. Devices that make sense for consumers with lower incomes will be an especially important part of that growth.

Touchscreens and intuitive mobile interfaces make it easy for a wide range of consumers to learn to use a new device, and accessible education and resources to learn to code makes it possible for anyone, including low-income Americans, to build apps and other tools that they see a need for in their communities. And while venture capitalists and big tech companies are unlikely to be in touch with the problems that low-income communities could use a solution for, nonprofits, startups, and other socially-minded groups are beginning to pick up the slack.

The idea of discerning the actual needs of a community from the needs projected on it by a more affluent community of developers or startup founders is an important consideration, and one that Blue Ridge Foundation’s new initiative, called Significance Labs, seeks to address. Through a three-month fellowship for mid-career tech innovators, designers, and developers, Significance Labs looks to bring the benefits of technology to Americans who make less than $25,000 each year. (The group’s website notes that there are 25 million American families living on less than $25,000 per year — but 80 percent of low-income Americans own mobile devices.)

The Significance Labs fellowship counters startups’ tendencies to solve the problems with which their founders are familiar by sending fellows to listen to underprivileged Americans talk about the problems that they think need solving, connecting them with working moms, immigrants, and community college students. After learning about the needs of the underserved communities, fellows worked with designers and engineers to build their projects.

The fellowship is aimed at using technology — delivered via a mobile app or via the Internet — to make small but significant improvements to people’s lives. Projects of current Significance Labs fellows include Propel, a mobile-optimized website from Jimmy Chen that provides a user-friendly way for people to apply for the Supplemental Nutrition Assistance Program, and Neat Streak, a mobile website by Ciara Byrne that enables house cleaners — the majority of whom are female, and often undocumented immigrants — agree on tasks and how they should be done, with the ability to translate exchanges between Spanish-speaking house cleaners English-speaking clients.

Other fellowship projects currently in development are ReBankMe, from Stephanie Raill Jayanandhan and Avi Karnani, which compares banking options for low-income New Yorkers; EasyDroid, by Shazad Mohamed, which acts as an intermediary between older first-time Android users and their devices; and OnTrack, from Margot Wright, which enables students to track the impact of individual grades on their overall GPAs.

While, as Ong points out, these tools will have a harder time following Silicon Valley’s normal strategies for funding and user acquisition, they and other products like them could represent the beginning of a movement toward apps and tools built specifically for those who could benefit on a daily basis from websites and apps that haven’t been built yet.

Ciara Byrne, one of Significance Labs’ fellows, recently wrote on Forbes about some important considerations for startups and developers building tech tools for low-income Americans. Because low-income consumers rely on their smartphones for Internet access, it’s important to build mobile-first tools, and those should generally use Android or the mobile web — because developing an app for iOS first could cause a startup to miss its entire target demographic.

Additionally, a large number of people don’t download or use apps (as we discussed last week, 65.5 percent of U.S. smartphone users don’t download a single app in the average month), possibly due in part to technical illiteracy or even to the lack of a data plan that would make it possible to use apps on a daily basis. Many low-income smartphone users rely on WiFi to access the Internet and prefer using a combination of text messaging and Facebook to using email.

But as a White House report last year noted, only 71 percent of Americans have broadband subscriptions at home, even though some 91 percent of Americans have access to high-speed Internet service somewhere in their community. The rate is lower among African-Americans and Hispanics, and as consumers can’t afford wireless Internet, they rely on their phones and public WiFi access.

For students from low-income families and communities, that’s a major disadvantage. Teachers from Newark, interviewed by Mashable’s Jessica Goodman, noted that their students’ Internet access is limited by the rising cost of smartphones and data plans. Those same students are computer-illiterate (which, they note, is not the same as not being tech-savvy) and often don’t have access to a computer or the Internet at home. Job applications, college applications, and even simple school assignments are difficult to complete with existing apps and websites. Those are important considerations for startups or developers building solutions for low-income communities, and they reflect the complexity of effectively reaching underserved consumers.

But while there are still many problems to solve, there are tools currently available to low-income Americans that rethink basic services like banking. Many low-income consumers don’t have bank accounts and therefore pay large fees to access and transfer their money. Wipit is a mobile wallet that enables users to send money, pay bills, and load checks on their phone, or use a Visa Prepaid Card linked to their account to make purchases anywhere that Visa is accepted. The Android app is targeted at consumers who use prepaid cellular service, and those who don’t have bank accounts. With the mobile wallet, users can set up direct deposits from a payroll or from government assistance, and can add money to their accounts at a physical store, so that they have a point of human contact.

Similarly, Quippi provides a gift card service that acts as an alternative to international money transfers. Customers purchase gift cards for top Mexican retailers — grocery stores, pharmacies, department stores, electronics stores, and providers of medical services — and share the PIN code with their families in Mexico. The service is free of fees for consumers, and while retailers pay a small fee, they get guaranteed business. U.S. customers can access Quippi from a mobile phone or a computer, and can also order over the phone or purchase at a store.

These are just a few of the startups that are making the benefits of technology more accessible to everyone, but it’s worth noting that a smartphone or an app can’t single-handedly solve poverty or remedy a lack of education. While technology can make education accessible and provide other solutions that can make life better on a daily basis, hardware needs to become both better and more affordable to prevent the digital divide from growing wider. And apps, websites, and mobile-based services will need to address the needs of low-income communities to keep them from being left behind. And if we truly consider Internet access a basic human right, we have a long way to go in getting more communities connected so that they can also participate in the most basic benefits brought by technology.