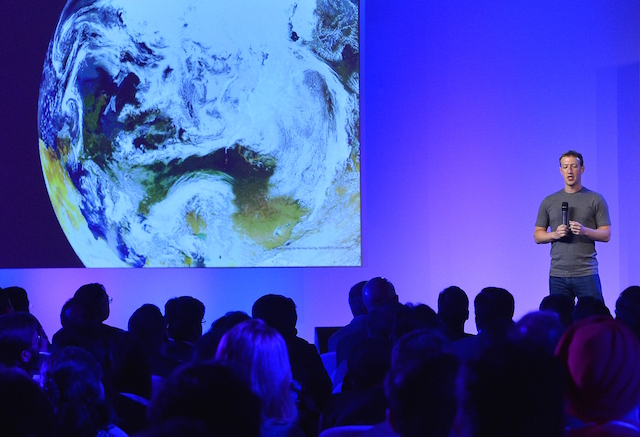 The debate over net neutrality is picking up steam around the world, and Internet.org, the nonprofit organization spearheaded by Facebook to bring affordable Internet access to everyone as long as they use Facebook, has found itself in the middle of the debate in India.

Ben Popper reported recently for The Verge that startups in India are pulling out of the Internet.org initiative over concerns about its implications for net neutrality in areas of the world where most people lack connectivity. Popper notes that questions remain over why Facebook is presenting Internet.org as a charity instead of a business venture, and whether the program comes into conflict with the principles of net neutrality as it tries to spread Internet access to emerging markets.

In a post shared on Facebook, Mark Zuckerberg wrote that he disagrees with recent criticism of the Internet.org initiative, countering the idea that offering some services for free conflicts with the spirit of net neutrality.

“We fully support net neutrality. We want to keep the internet open. Net neutrality ensures network operators don’t discriminate by limiting access to services you want to use. It’s an essential part of the open internet, and we are fully committed to it,” Zuckerberg writes. “But net neutrality is not in conflict with working to get more people connected. These two principles — universal connectivity and net neutrality — can and must coexist.”

Zuckerberg argues that Internet.org isn’t in conflict with net neutrality because it doesn’t block or throttle any other services or create fast lanes (though, arguably, it blocks access to every website to which it doesn’t provide access).

But that argument isn’t particularly relevant in India, where net neutrality looks very different than it does in the much more mature market in the United States. The net neutrality debate in India isn’t about fast lanes, as it is in the United States. Instead, it’s about zero-rating, or the practice of service providers not charging users to access certain data or apps or not counting specific content against a user’s data allotment.

Internet.org gives free access to specific websites in order to provide Internet access to those who wouldn’t otherwise have it. But as The Verge’s Jacob Kastrenakes notes, people are much more likely to use the free websites than others, giving a distinct advantage to the companies that participate in the initiative. As more services are added, their competitors don’t necessarily get a chance to be included. And some users who are going online for the first time actually confuse Facebook with the Internet itself.

Writing for The New York Times, Manu Joseph recently reported that in India, as elsewhere in the world, the ongoing debate over net neutrality is framed as a battle between individuals who benefit from an open Internet and telecom giants who benefit from being able to give preferential treatment to their own products or to those of companies who pay for such treatment.

According to Joseph, what most advocates of the open Internet would consider a violation of the principles of net neutrality “would gladden most of the more than one billion Indians who cannot afford to pay for data and so are not connected to the Internet.” A limited Internet made cost-free by sponsoring corporations would, Joseph argues, introduce hundreds of millions of offline users to a utility that most regard as a human right.

One company, called Bharti Airtel, announced that it will give users free Internet access to the online products of companies with which it has commercial arrangements.

The plan of the second telecom giant, Reliance Communications, involves Internet.org. Reliance’s 150 million customers can now use Internet.org to get free access to almost 40 websites and apps, including Facebook, one entertainment website, and an array of news and information sites.

Joseph says that while net neutrality advocates argue that innovation should be able to enable free access to the Internet without net neutrality violations, such innovations haven’t yet arrived to help India’s poor. “Now that the poor constitute a powerful argument for the violation of net neutrality,” Joseph writes in the Times, “the evangelists of an open Internet might move faster to introduce alternatives.”