Will a Smart Home Really Help Us Save Energy? 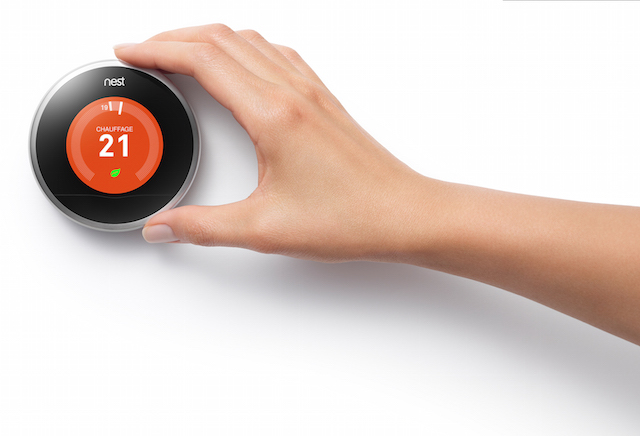 If your thermostat can ease off on the air conditioning when it senses you’re not home, or if your lights stay on only when you need them to, you should use less electricity, right? That’s actually a complicated question. As more thermostats, lightbulbs, cameras, cars, and countless other devices come online to join the Internet of Things, there’s a growing need for massive data centers to handle the data traveling to and from all of these devices. The prospect of the necessity of the electricity to power these data centers — plus the money and the space needed to set up and maintain them — prompts the question of whether the Internet of Things will actually save electricity at all.

But Urs Hölzle, who oversees Google’s worldwide network of data centers, thinks that the efficiencies offered by devices like Internet-connected thermostats, online lighting systems, and self-driving cars will balance out the extra power demands of the data centers they necessitate, according to Wired’s Cade Metz. “I’m pretty confident that the Internet of Things is going to have net negative power consumption,” he said during a briefing with reporters. “If you control lights, heat, and cooling in a smarter ways, that’s really substantial.”

Hölzle thinks that even self-driving cars can enable lower power consumption. “You’ll have fewer cars on the road, fewer parking lots, less congestion, because every car is a potential carpool.” He points out that many Internet of Things devices move relatively little data over the network — and data centers are handling data with greater efficiency. Google, for example, has streamlined its operations by designing its own data centers, computer centers, and networking gear.

Hölzle’s profile on Google’s research site notes that he “oversees the design, installation, and operation of the servers, networks, and datacenters that power Google’s services,” and “Through efficiency innovations, Urs and his team have reduced the energy used by Google data centers to less than 50% of the industry average.” Hölzle says that compared with five years ago, the servers in Google’s data centers can generate three and a half times more computing power with the same amount of money and the same electrical power.

He credits the gains in part to Moore’s law — the principle that the computing power of a chip doubles every 18 months — but also to the capabilities of more efficient machines, cooling systems, and electrical systems. Leading tech companies from Apple to Facebook are building more efficient data centers — and sharing the practices behind them with the world — so that the technology is better able to handle the increased demand on computing centers.

But there may be one exception to Hölzle’s prediction: video. The proliferation of online cameras, which send huge amounts of data across the network, could drive a steep rise in power consumption across data centers. And Jason Mars, a professor of computer science at the University of Michigan who specializes in data center technologies, tells Metz that while Internet of Things devices may improve efficiency in theory, it’s not yet clear how they’ll actually work or how people will really use them. Mars says that even though data centers are improving in efficiency, thanks to companies like Google, Microsoft, and Amazon, “I’m not going to hold my breath on how effective future products will be at reducing the power consumption of society to the point of being ‘net negative’ relative to data centers.”

The tech companies operating data centers have become more transparent about their data center designs, starting with Facebook. In 2011, through its Open Compute Project, Facebook open-sourced many of its data center designs, catalyzing a shift in the way the industry builds hardware. Google has opened up its practices as well, and last year published a paper on how it uses machine learning algorithms to analyze and refine the operations of its data centers. But Metz notes that there are limits to how much Google will share, and the company hasn’t joined Facebook’s Open Compute Project. Mars explains, “Google likes to enjoy their datacenter innovations that result in reducing the cost per query for a year our two before they are willing to publish their designs in academic communities.”

While the electricity demands of the data centers that will be necessary to power numerous smart homes full of connected devices still have to play out, the Internet of things offers a lot of promise both in changing the ways that tech companies build their infrastructure and in changing the ways we think about the energy we use at home.