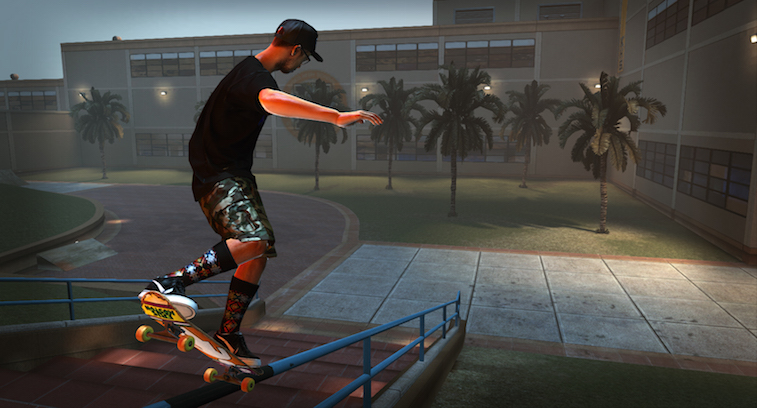 The world is ready. The time has come. It has been hinted at and teased and even leaked over the past five months. Come on, Activision and Tony Hawk. It’s time to stop beating around the bush and reveal Tony Hawk 5 already.

If that’s even what it will be called. We don’t know yet. The cards are being held very close to the vest.

Here’s what we do know: A new Tony Hawk game is scheduled to release sometime this year for PlayStation 4 and Xbox One. The first rumblings of the game came from a tweet Hawk posted in November. It said, “I’m currently working with Activision on a console game for 2015 (along with a new mobile game). I think fans of THPS series will be hyped.” In an interview that same month with TMZ Sports, Hawk confirmed that the game would be coming to Xbox One and PlayStation 4.

That’s where our concrete information ends. But since the game is supposed to come out in 2015 and we’re nearly five months in, it sure seems like we should have heard more by now, particularly from Activision. Instead, it’s mostly been Hawk himself feeding breadcrumbs to the masses, both in person and on social media.

At the Consumer Electronics Show in January, he took the stage to reiterate that the game was in the works. “New console game this year on the PlayStation 4,” he said. “I’ll give you a hint: It has TH in it.”

Then, on February 14, Hawk tweeted an image that read, “Roses are red, violets are blue, Tony Hawk Pro Skater 2.” It was accompanied by the text, “A romantic poem for your Valentine’s Day. Also – we are working on a new THPS to be released this year. Love, Tony.”

Jump ahead to April, and Hawk posted a very funny Instagram video that shows professional skater Rob Wootton acting out animations from the character select screen in Tony Hawk’s Pro Skater games. In the background you can even hear Rage Against the Machine’s “Guerrilla Radio,” a song that appeared on the soundtrack of 2000’s Tony Hawk’s Pro Skater 2.

Select your character (by @rob.wootton) I am sharing this now in honor of our next game having been accidentally “leaked” recently… THPS fans will rejoice. Details soon.

The leak in question came from an unlikely source: Tony Hawk’s caterer. Apparently, Activision held some kind of event this month that featured the upcoming game. The event’s caterer was so excited to be working for Tony Hawk that he posted a picture of the event.

The picture shows a group of dinner tables set on a half pipe, with a projection screen in the background. On the screen is the title Tony Hawk 5, a key piece of information that had not been announced yet. The caterer took the image down, but not before it was immortalized elsewhere on the Internet.

In response to that incident, Activision effectively confirmed the leak by issuing a statement saying that Tony Hawk 5 was a working title.

All in all, we have very little to go on if we’re trying to figure out what the upcoming game will be like. The fact that Activision is considering that title seems to indicate that it may be a “back to basics” take on the series. That would be a good thing, because years ago, the much-beloved series began expanding in increasingly ill-considered directions that culminated in the awful game Tony Hawk: Ride.

Loads of questions remain. Why the references to Tony Hawk’s Pro Skater 2 specifically? Why haven’t we seen any footage of the game yet, or even a teaser trailer? If the game is really set to launch sometime this year, shouldn’t we be seeing details? Are they just waiting for E3 in June? We’re running out of time for the PR company to begin building up a steady drumbeat of excitement prior to the game’s launch.

Then again, here I am obsessing over it and writing about it. Perhaps the drumbeat has already begun, and I’ve fallen into its rhythm, just as Tony Hawk and Activision have hoped. It might not be a traditional marketing campaign yet, but I have to admit it’s already working.