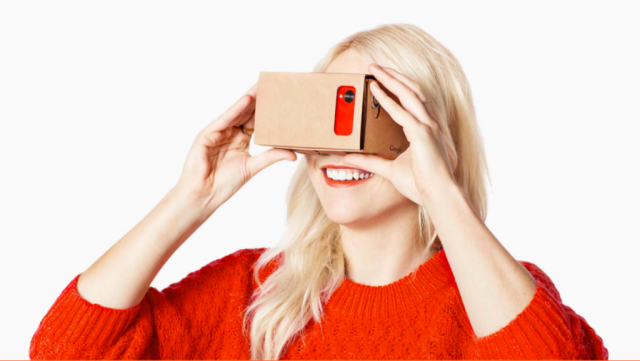 Google is building a version of its famous Android operating system for virtual reality. But will the software enable it to dominate the up and coming industry of virtual and augmented reality systems, where a race to bring a product to market is already heating up?

Writing for The Wall Street Journal, Rolfe Winkler reports that Google wants Android to be the operating system of choice for virtual reality platforms and has assembled a team of “tens of engineers” and other staff to build a version of Android that will power virtual reality applications. Google plans to freely distribute the operating system, following the same tactics that enabled Android to become by far the most popular operating system for smartphones worldwide. Winkler notes that the project is speculative, given the fact that no virtual reality devices are yet shipping in large numbers. But many notable tech companies see huge promise in the field, including:

Google was the lead investor in a $542 million round of funding for Magic Leap, and separately has a team testing a tablet that uses multiple cameras to project images onto real objects. The Wall Street Journal reports that the team working on Android for virtual reality is led by Clay Bavor and Jeremy Doig. Bavor helped create Google’s low-tech virtual reality viewer, called Google Cardboard, which is comprised of a piece of cardboard, two magnets, two lenses, a rubber band, and some velcro. Users place their smartphone into the viewer. The Cardboard app for Android has been downloaded more than a million times since last summer, when it was unveiled.

Though Facebook had a head start with its acquisition of Oculus, it was that deal that sparked a race to develop the array of virtual reality devices that will soon be available to consumers. Highlighting its rivalry with Facebook, Google recently poached high-profile Google executive Mary Lou Jepsen, who has a background in display technology and worked with Google’s advanced projects lab, to work on Oculus.

Oculus uses its own hardware and software for its headset, in the same way Apple does with its iPhone. Software developers build apps on top of these systems, as they do with the versions of Android that Google has made available for smartphones, wearable devices, televisions, and cars. The new version of Android for virtual reality devices would be made available to original equipment manufacturers just as Android is for tablets or smartphones, where it’s been most popular. The version of Android for smartwatches has proven significantly less successful than the smartphone version, and the devices built on it have achieved only a low volume of sales so far. As with wearables, an operating system for virtual reality alone won’t help Google to win the race, and the company will rely on a variety of manufacturers to create hardware that demonstrates the capabilities of the software.

As Dan Olds, an analyst with The Gabriel Consulting Group, tells Computerworld, Google will be competing with Facebook and other rivals to provide a superior development environment — and whichever gets there first will set the standards that others need to use. “Both Google and Facebook are keenly interested in being the one that establishes the first viable platform. Assuming it’s a highly functional, and at least somewhat open, platform, the owner of that first platform controls how it develops over time. It’ll be a great position to be in.”

Google, Facebook, and others will compete to attract users, developers, and likely advertisers, and many think that the stakes are high as analysts and industry watchers project that virtual reality could revolutionize not only entertainment, but education, medicine, and more. Will all of this lead to some post-smartphone era where you ditch the smartphone as your primary device, in favor of some sort of wearable augmented and virtual reality device? That’s another story entirely, and the people excited about the future of virtual reality are just getting started.

It’s also possible that virtual reality systems won’t lend themselves to the same kind of operating system war that dominates the headlines with the continual comparison of Android and iOS. The majority of hardware manufacturers, at least for the initial few years of the technology hitting the market, may choose to create their own proprietary software instead of building on top of what Google or another party develops. However, it’s becoming clear that the content offered on a virtual reality platform will play a key part in selling the system to consumers, and using an open, standard operating system could be a smart move for manufacturers looking to gain traction.

But an open-source operating system won’t likely have the effect of pushing the technology forward anytime soon. While any manufacturer can build an inexpensive smartphone, the technology underlying virtual reality headsets is still being figured out. A smartphone’s sensors, GPS, camera, processor, memory, and battery are continually getting simultaneously more powerful and less expensive (thanks to the smartphone wars still being fought by major tech companies around the world). But the technology that will enable virtual reality experiences for the general consumer has been under development for years as manufacturers work to perfect their systems and find ways to counteract the tendency of virtual reality to cause eye strain and motion sickness in users — a problem that, if left uncorrected, many think would set the technology and public perception of it back for years.