Will Apple Launch a Small iPhone 6 This Year? 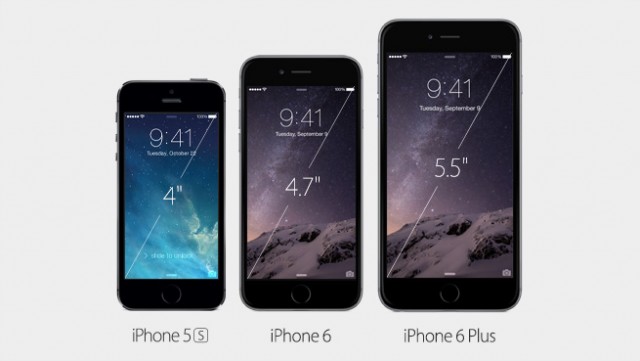 Will 2015 be the year that Apple introduces a smaller iPhone again to appeal to customers who don’t want a phone as large as the iPhone 6 or the even-bigger iPhone 6 Plus? There’s no way to know for sure, but as with all things Apple, there are plenty of rumors, predictions, and reports that have something to say on the issue.

He expects Apple to discontinue the iPhone 5c, making the iPhone 5s the lineup’s new low-end option this fall. While Kuo doesn’t think Apple will introduce a new, small iPhone this year, he says that it’s likely that the company will debut a new 4-inch model in 2016.

Kuo writes that a new 4-inch model in 2016 would “be key to extending momentum” among users who prefer a smaller iPhone to the much-larger sizes of the iPhone 6 and iPhone 6 Plus. He thinks that a new 4-inch model would add support for NFC-based Apple Pay payments. Apple Pay is so far exclusive to the iPhone 6 and iPhone 6 Plus, but the functionality will come to older iPhone models with the launch of the Apple Watch.

The watch can be paired with an iPhone as old as the iPhone 5 — which was the first iPhone to feature the Touch ID fingerprint sensor and lacks the NFC chip of the iPhone 6 and iPhone 6 Plus — to enable users to check out with Apple Pay.

Hughes notes that Kuo’s prediction that Apple won’t introduce a new 4-inch model until 2016 contrasts with rumors about the “iPhone 6c.” Some think Apple will launch such a model later this year by repackaging parts of the iPhone 5s and giving it a plastic back, as it did in creating the iPhone 5c.

However, some industry watchers worry that introducing an iPhone model that would act as a budget option would both cheapen Apple’s brand and fail to appeal to its core customers. But the iPhone 5c, which many touted as a failure on Apple’s part, acted as an entry-level iPhone and sold tens of millions of units, all while netting higher margins than the iPhone 5.

The absence of a new 4-inch iPhone this fall wouldn’t be a surprise, given the fact that Apple left behind that size when it introduced the 4.7-inch iPhone 6 and the 5.5-inch iPhone 6 Plus, but the idea that Apple will offer another small iPhone has come up again and again in the past few months.

Rumors that Apple would return to the 4-inch form factor first surfaced in December, around the time that analyst Timothy Arcuri of Cowen and Company issued a note to investors claiming that Apple was working on a new 4-inch model to debut in 2015, according to Apple Insider.

Arcuri wrote at the time that his sources suggested the new 4-inch model could be similar to the iPhone 5s, but could feature a new design with curved screen edges like the iPhone 6 and iPhone 6 Plus.

In March, Apple Insider reported that DigiTimes predicted Apple’s 2015 iPhone lineup would consist of a model with the usual “S” designation as well as one with the “C” designation, which would measure 4 inches.

Future Supplier soon after posted a set of images showing the housing for what’s allegedly the iPhone 6c, which appeared to feature parts of the iPhone 5s. And Tech Radar recently reported on rumors that Apple will need 4-inch, 4.7-inch, and 5.5-inch panel supplies for the phones it will introduce this fall.

Although Apple’s move to larger screen sizes with the iPhone 6 and iPhone 6 Plus has been extremely successful, leading to record-breaking sales, some longtime users of the company’s smaller iPhones were unhappy with the large size of the new devices. While the iPhone 5s is still an alternative for those customers, the device’s age and its position at the low end of Apple’s lineup make it clear that Apple has to make a choice.

It can either introduce a new, small iPhone model for consumers who don’t want a significantly larger phone, or move on from the smaller option completely when the iPhone 5s is phased out and hope that even smaller-handed customers will upgrade to a bigger iPhone to stick with iOS.