From the iPhone 6 to the iWatch to iOS 8, Apple (NASDAQ:AAPL) fans and investors are expecting big things from the company this fall. Among those are many changes to the iPhone, not only in the form of updates to the newest hardware, but also updates that existing iPhone users will see once iOS 8 deploys. One of the less-hyped areas where those changes will appear is in Messages, iOS’s native messaging app, which many users interact with extensively on a daily basis.

Over the weekend, The Guardian’s Charles Arthur wondered whether users will be confused by the new Messages app, which Apple previews on its website for iOS 8. The iPhone’s native messaging function,which has traditionally been used to send text messages, with a photo or video attached if the user chooses, will gain a variety of new features.

Arthur writes that the company is taking on a big risk by changing the Messages app, since it’s one that the average iOS user interacts with frequently and is already accustomed to. “Tweaking how a popular app or function works is as dangerous as defusing a bomb,” Arthur writes. “Get it wrong and you can just be left with wreckage.”

While that may be true for drastic changes to native apps, the changes that Apple is planning for Messages don’t seem like cause for alarm, even if they’re a little tricky for first-time users to navigate. The following are six new features that will be added to the native Messages app with iOS 8. 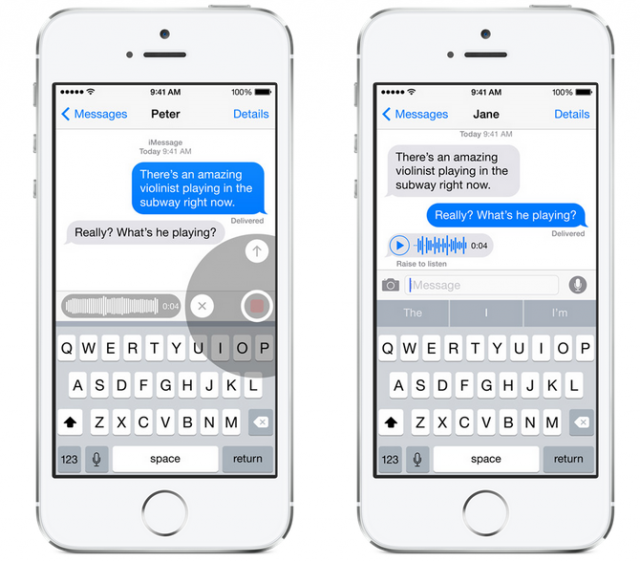 Users will be able to capture sound, such as talking or music, to share as part of their messaging conversations. They can record by touching and holding the microphone button, and then swipe up to send. To listen to a message, they’ll be able to hold the phone up to their ear, like on a regular phone call, or tap the Play button. Arthur reports that the clips will auto-delete within a few seconds of the recipient listening to them, mimicking the functionality of Snapchat or even WhatsApp. 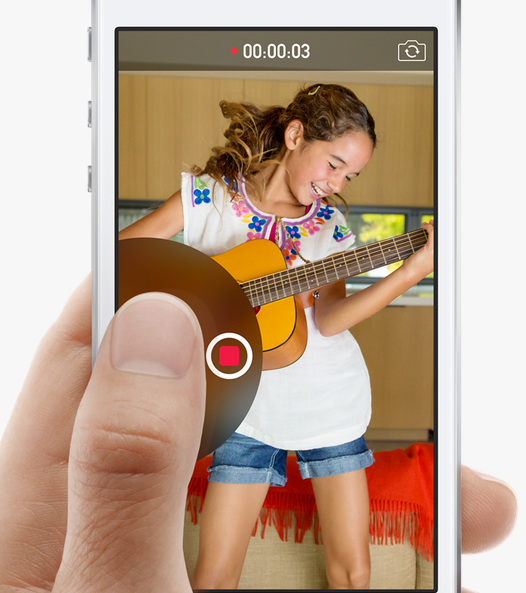 The iOS 8 Messages app will include functionality for users to quickly record and send videos directly from the Messages app, enabling them to share videos spontaneously instead of recording and selecting video ahead of time. 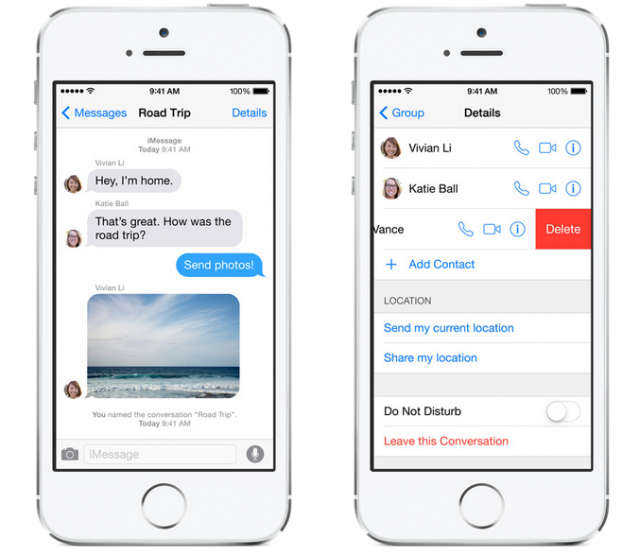 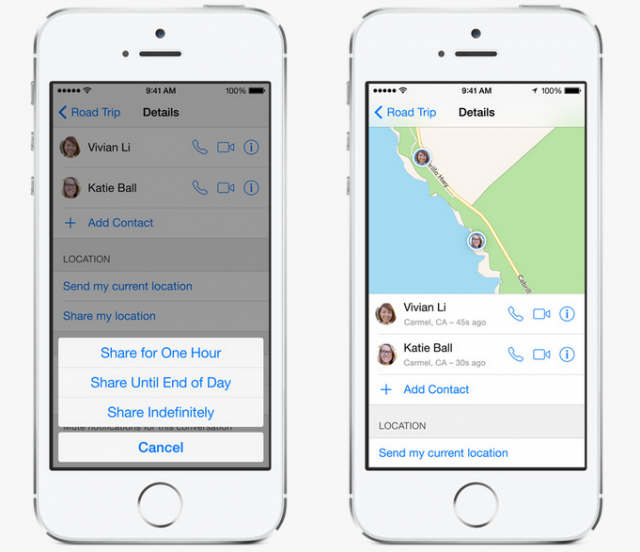 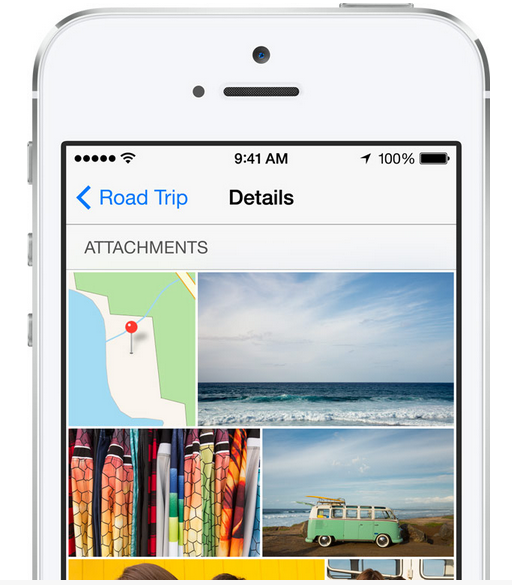 5. Easily browse attachments from a thread. 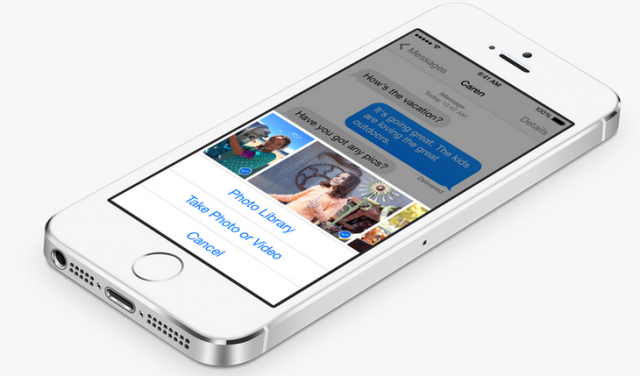 6. Send multiple attachments, instead of sharing one at a time.

iOS 8 will also enable users to send multiple photos or videos simultaneously. By tapping the camera icon, they’ll be able to browse the Camera Roll and choose multiple attachments.

In his Guardian article, Arthur points out that there’s a big difference between the average user, who expects things to remain basically the same, and a power user, who’s likely to seek out the added functionality and learn to navigate the changes.  New functions, like recording a video, taking a photo, or adding a voice message, are being added to Messages via the “long press,” where users hold the microphone icon. Arthur wonders whether less-frequent users will be able to find the new features, or if they discover them by accident, whether they’ll be able to easily identify or cancel the actions.

Looking at Apple’s screenshots of the voice message functionality, Arthur speculates that iOS users will be unsure whether to press X, play, or an up arrow to stop recording an accidental message. Many are likely to hit the up arrow, which will send the message to the recipient, and Arthur writes that iPhone users should expect to receive “puzzlingly silent voice messages” as people figure out how the new functions work.

While there’s bound to be some confusion anytime an app changes or an interface is updated, the real question is whether iOS 8 will be intuitive enough for new users and existing users to figure out. Some complain that the features that Apple’s adding, like voice clips, aren’t strictly necessary, or even features that users want. And if the wide variety of options prevents users from understanding or using them, then the new features won’t benefit users or Apple.

However, it seems likely that the users who want increased functionality will be able to navigate the new interface, even if it takes a few wrong turns, and those who don’t need the new functions won’t bother with them. iOS has always incorporated gestures and shortcuts that users need to gradually discover, and even though they aren’t immediately intuitive, they make specific actions a lot faster or easier to perform. The same is likely to hold true with iOS 8′s Messages app: Using and accessing the new functions might not be immediately obvious, but users will find and benefit from them after a brief adjustment period.

Apple is undoubtedly looking to compete with the assortment of competitors to its native apps by integrating more functions into its own apps that come pre-loaded on a new iPhone. Generally, iOS users stick with the native apps, but it’s in Apple’s best interest to integrate the functions that draw people away from Messages and towards other messaging apps. It seems unlikely that users will be any more confused by the new Messages app than they have been by previous updates and changes — and part of what makes a new phone or a new operating system so exciting is being able to discover and learn new features.