Apple (NASDAQ:AAPL) releases its quarterly earnings tomorrow, Tuesday, April 23, and ahead of that much-anticipated date, there are five lingering concerns that investors hope the company will address. Since September, shares of the world’s second most valuable company have fallen from their all-time high of $705 to around $398 as of today’s close; the stock is now trading its lowest level since the death of Steve Jobs in 2011. Many analysts have argued whether that peak was ever rational, but what investors want to see in the iPhone maker’s earnings report is whether the massive Apple selloff has gone far enough.

Apple has shed $290 billion in market value since September’s high — a figure equivalent to about 12 times the current value of Dell (NASDAQ:DELL) — and investors want Apple to acknowledge that there is a problem. This is no small number, but Chief Executive Officer Tim Cook and Apple management have both been close-lipped regarding this matter, as tech magazine Wired reported Monday. Admitting “there is an almost $300 billion problem with your stock is the first step toward recovery,” stated the publication, noting that Cook needs to give investors encouragement that he is taking measures to improve the company’s stock price.

Appearing next up on investors’ agenda is Apple’s gross margin. As Fortune’s Philip Elmer-DeWitt explained, gross margin reinforces both the bear and bull cases for Apple’s stock. Apple’s industry-best gross margins peaked just above 47 percent last year, but by January that figure had fallen to approximately 39 percent. The Apple bears have taken that drop as a sign that ongoing pressure from Samsung (SSNLF.PK) and manufacturers producing lower-priced and lower-margin handsets running on Google’s (NASDAQ:GOOG) Android will prevent Apple from ever reclaiming its former margins. Therefore, in their opinion, Apple will lose its financial edge in coming months and its stock price will continue to erode. Comparatively, Apple bulls believe that the company will report an improved margin as issues with its new lineup of iPhones and iPads resolve themselves…

Investors also want word on the company’s plans for the $150 billion in cash Apple has stored up. There are several possible paths Apple could take to improve its stock price and strengthen the company using that cash hoard. One option is to issue a dividend increase, a move that would not only be a gift to investors, but also signal that Apple’s best growth days are behind it. However, a dividend increase could give value investors confidence to put some of that cash back into Apple’s shares.

Acquisitions are another option for Apple to decrease its stockpile. Using Google as an example, Wired noted that “signaling that Apple is prepared to make some big moves and buy some companies of substance would get the investor juices flowing.” Google — Apple’s key rival in the mobile operating system arena — has taken risks with its money, some bets were very successful, like YouTube, while others, including Motorola, are still a work in progress. But risks, in the form of acquisitions, are necessary for Apple to source the people and technologies it lacks.

Issuing a dividend and other incremental moves will not send Apple’s stock price soaring to new heights. Apple needs to create new product categories, as it did with the iPhone and the iPad, to motor its shares upward on the stock chart. “That is a very tall order, of course, but more of the same won’t bring back growth – and above all, that is what investors crave,” commented the publication. 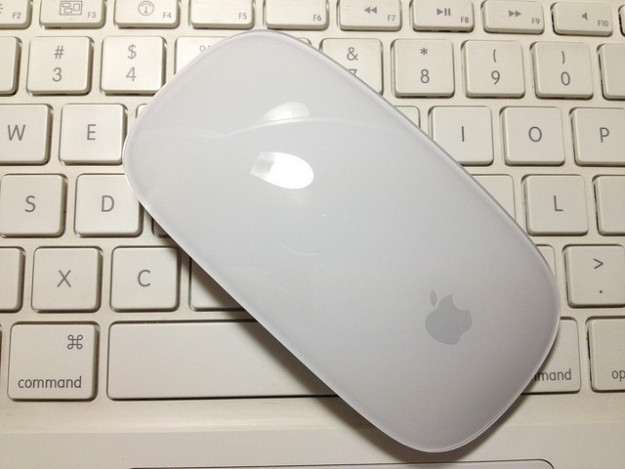 But whether Tim Cook will throw investors a bone remains to be seen.

Don’t Miss: Is Intel Dissing Apple in Favor of Google and Microsoft?