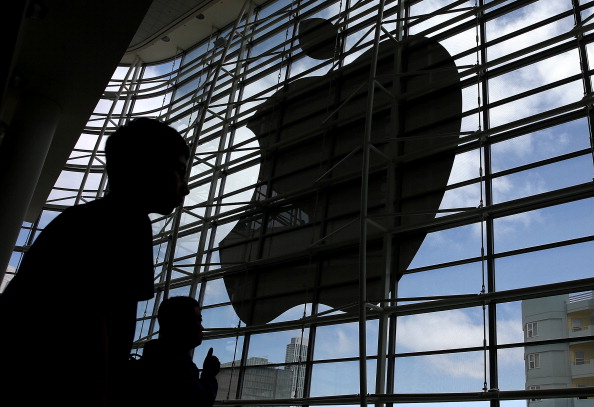 Apple (NASDAQ:AAPL) has long been rumored to be developing a new type of wireless mobile payments service, and several insider sources have predicted that the company’s upcoming iPhone 6 will be equipped with Near Field Communications (NFC) technology that will allow consumers to use the device as a so-called digital wallet.

Meanwhile, rival Google (NASDAQ:GOOG)(NASDAQ:GOOGL) already offers an NFC-based payment solution through its Google Wallet mobile payments system for Android smartphones. Although Apple’s Passbook app functions as a digital wallet by allowing users to store tickets, boarding passes, coupons, and loyalty cards, its payment capabilities are limited to the companies that have integrated a payment feature into their apps.

Despite the buzz that surrounds the burgeoning digital wallet and mobile payments industries, a new study from market research firm Thrive Analytics showed that none of the existing digital wallet systems has been widely adopted by consumers. According to a recent study conducted by the firm, less than one-third of U.S. consumers use digital wallets, even though nearly 80 percent of them are aware of digital wallets as an alternative form of payment.

Thrive Analytics’ study showed that security concerns remained one of the primary issues for consumers, along with “lack of usability” and just not remembering to use a digital wallet at the time of purchase. The study also found that young consumers appeared to be ripe for the introduction of a new payment system, with three out of four survey respondents younger than 40 saying that they carried no cash at all.

“An overwhelming majority of consumers acknowledge the presence of digital wallets, however a minority have actually used them despite fewer shoppers carrying cash today,” said Thrive Analytics managing partner Jason Peaslee in the study. “This paradox presents a vast opportunity for both digital wallet providers and retailers to educate consumers on the unique benefits of the digital wallet shopping experience.”

Apple’s rumored mobile payments expansion may soon resolve some of the major issues cited by consumers in Thrive Analytics’ study. According to a new research report from Pacific Crest analysts Josh Beck, Andy Hargreaves, John Vinh, Chad Bartley, and Evan Wilson, Apple and Visa (NYSE:V) will soon be teaming up to create a new mobile payments system that is less cumbersome to use and more secure. “[W]e think a partnership between Apple and Visa would make strategic sense and believe an announcement could happen as early as this fall,” wrote the analysts in a note obtained by Barron’s.

“Apple mobile payments could be Passbook on steroids,” said Pacific Crest analyst Josh Beck, according to MarketWatch. “Apple could use its large stockpile of iTunes accounts and cards on file (about 800 million), along with Passbook and a new token partnership with Visa, to provide a highly scalable payments platform.”

The conclusions reached in the Pacific Crest analysts’ report rely on the assumption that Apple’s iPhone 6 will include some form of wireless payment technology. Although Apple has yet to announce any plans for a wireless mobile payments system, sources cited in a recent report by The Information claimed that the company was planning on implementing a Bluetooth, Wi-Fi, or NFC-based solution in the next-generation iPhone. The sources also said that Apple executives have been in talks with various “payments-industry companies” over the past few months and that Visa has already committed to offering support for the system, per that publication.

If Apple does unveil a mobile payments system alongside the iPhone 6 this fall, it could kick-start the overall digital wallet market, as well as provide the Cupertino, California-based company with a lucrative new revenue stream. Most industry watchers believe Apple’s next-generation iPhone models will be released in September and available in two larger screen sizes of 4.7 inches and 5.5 inches. While the highly anticipated screen size upgrades have generated the most consumer excitement, Apple’s rumored payments system could be the most innovative feature of the upcoming iPhone.