Will Apple’s Next Wearable Focus on Augmented Reality? 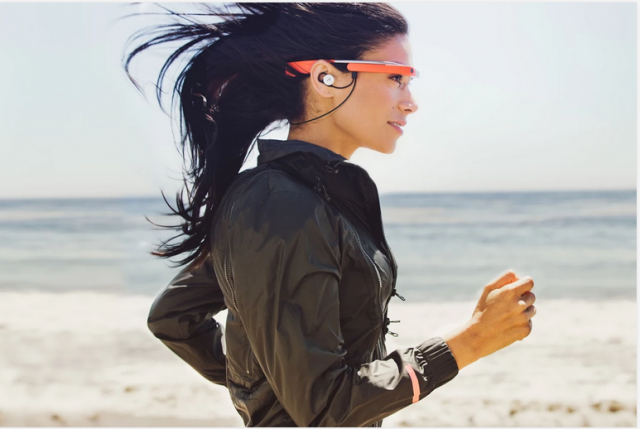 Citing “industry contacts” within the virtual and augmented reality space, Piper Jaffray analyst Gene Munster said in a report published on March 18 that he believes Apple has a small team experimenting with augmented reality. While Munster thinks that augmented reality is 10 years away from broad consumer adoption, he thinks that it could be as transformative a technology platform as the smartphone has been. He considers Apple’s involvement in the space a sign that the company is preparing “for the next evolution of computing.”

Augmented reality products overlay digital images and information on the physical world around the user, and potential applications could show driving directions, details on people or places, or retail deals within the user’s field of vision. Munster points to light field technology, such as that used by secretive Google-backed startup Magic Leap, as an innovation that could change how users interact with technology, and even, potentially, outmode the PC and smartphone.

It’s unclear so far what format or platform Apple could be looking at implementing; its technology could take the form of anything from a headset to a pair of glasses to a transparent display. But Munster believes that Apple’s “evolving fashion advantage” could help it to develop a product that consumers want to use and wear, and afford it the “prototype style offerings” available currently. He writes that Apple is likely exploring the idea of a wearable device where good design would make augmented reality “fashionable/socially acceptable.”

Munster regards style as a fundamental barrier for the wide adoption of wearables, and argues that Apple successfully overcame that problem by making fashion a key feature — ahead of technology — in the Apple Watch. Because an augmented reality wearable will need to project images into the user’s eyesight, being able to make a device that users actually want to wear could be a key advantage.

Apple Insider notes that Apple already holds an array of patents on augmented reality applications, including transparent displays, mobile mapping solutions, and iPhone-powered virtual displays. One patent even details a smartphone that can identify physical objects in real time, using computer vision. And job postings published in February seemed to indicate that Apple was building a team to work on hardware and software programs relating to virtual reality and augmented reality technology. Though augmented reality and virtual reality are not the same, progress on both has been picking up as companies develop technology that can create compelling environments and applications.

Augmented reality as a style statement?

It’s unclear whether a style-conscious crowd would be the logical first target for Apple, if or when it develops an augmented reality product. Despite its luxury pricing, the design of the Apple Watch has already drawn criticism, with many detractors referring to it as ugly and boring, and complaining that every model of the wearable looks the same. While a well-executed augmented reality product could be as universally useful and appealing as the iPhone, Munster thinks that Apple’s ability to create stylish, well-designed products will be key.

Even more than with products like the iPhone, Apple will need to strike a balance between form and function with wearable devices like those that would enable augmented reality applications. But even Apple could have a difficult time selling a tech product on the appeal of style alone. Molly Wood noted in December, writing for The New York Times, that wearable devices aimed at style-conscious women are “still pretty and still dumb.”

From Google’s version of Google Glass embedded in Diane von Furstenberg frames to the MICA smart bracelet from Intel and Opening Ceremony, brands prioritize fashion over functionality to design devices as luxury jewelry. And while Wood thinks it’s fine to differentiate wearables by gender or style, because they do make a personal statement, designers need to carefully balance style and utility.

In addition to successfully designing style-conscious products, Apple will need to create products that are advanced and functional enough to appeal to a tech-savvy consumer. Especially if Munster is correct in projecting that Apple will increasingly leverage its “fashion advantage,” the balance between style and utility will be important to demonstrate. Apple has hired a number of executives from fashion brands around the world, including former Burberry chief executive Angela Ahrendts, former Yves Saint Laurent chief executive Paul Deneve, designer Marc Newson, and former Gap global marketing director Marcela Aguilar, all to support the launch of the Apple Watch and “to drive Apple more into being a fashion brand.” They will all likely play a role in navigating the development of any upcoming wearables.

“Fashion factor” of the Apple Watch

Munster isn’t the only one to argue that Apple is positioning itself as a fashion company. Time’s Kevin Kelleher recently wrote that the “fashion factor” of the Apple Watch is enmeshed with the same goal Apple has for every product: a more personal technology. But he believes that the idea that fashion is a goal that Apple is pursuing marks a departure from Steve Jobs’s Apple. The fashion of Apple’s products was a byproduct of the design Apple used to make them more personal.

Kelleher argues that Jobs would have laughed at the idea of a product like the iPhone as a fashion accessory. But with the Apple Watch, which Tim Cook calls “the most personal device we’ve ever created,” the primary allure of the device is as a status symbol. He says that there’s no killer app for the smartwatch, and there won’t be until many people start using them. But many people won’t start using them until there is a killer app. So to break this catch-22, Apple is pitching the watch as a luxury fashion item, prompting jokes that the gold Apple Watch Edition has supplanted Google Glass as the new “gold standard for douchebags.”

Mashable’s Adario Strange recently reported that many companies are betting billions on products that combine technology and fashion. He believes that, unlike many wearable technology products, the Apple Watch has tapped into consumers’ fascination with luxury. Most are unsure of exactly what it will do or how it will fit into their daily lives, but many are already picking out which model they’ll purchase and discussing who will pay thousands for the top-tier version of the Apple Watch.