Will Coffee Chains Lead the Push for Mobile Payments? 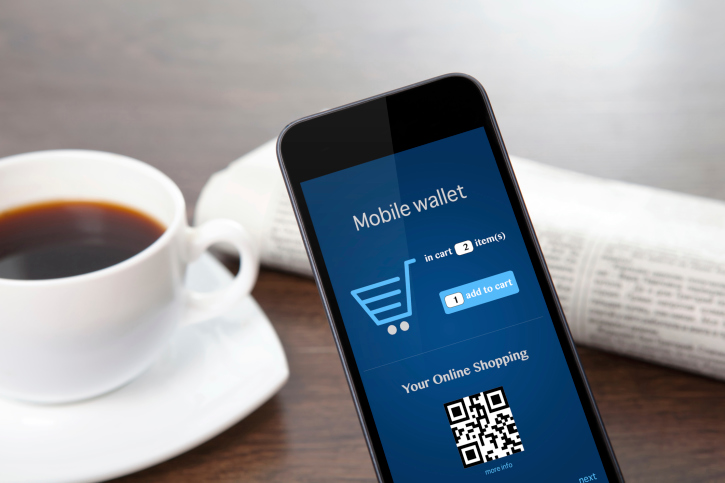 Starbucks (NASDAQ:SBUX) has one of the few mobile apps that allow for in-app payments. Now, Canadian coffee chain Tim Horton’s is getting into the mobile app payments. It seems that the transition into paying with smartphones will be eased there in a flurry of lattes and black coffees via the Starbucks and TimmyMe apps.

For those unfamiliar with the chain, Tim Horton’s is a chain of coffee shops from Ontario, Canada. The company just celebrated its 50th anniversary. Its first big change since the milestone has been the introduction of this update to its app.

Like Starbucks, the in-app payment system at Tim Horton’s will work by using a gift card loaded to the app via a user’s account. The cashier will scan a barcode on the smartphone to enable the purchase. The app will be available for Apple (NASDAQ:AAPL), Google (NASDAQ:GOOG) (NASDAQ:GOOGL) Android, and Blackberry (NASDAQ:BBRY) smartphones, meaning that more than 93 percent of smartphone users in the United States will be able to access the feature. It is a fast adoption of the technology considering the coffee chain just began accepting cards a few years ago.

TechCrunch’s Darrell Etherington had a humorous take on the news in his post. “I may never understand fully the modern mania for new-fangled electro-automatic machinations, but I suppose this will make it easier to buy Timbits individually, so go forth and enjoy.”

While the whole purpose of the app is to allow customers to purchase coffee and doughnuts with their smartphones, it also has the potential to make it speedier. At Starbucks, for instance, it actually is quicker to make a purchase with the smartphone app. One scan and the customer’s order is paid for. Using a card or cash, takes longer. As the clientele at many coffee places want their drink in a hurry faster service is generally better.

Using mobile payments is a system that is slow to catch on in the United States, although it is catching on among younger, more tech savvy users such as college students. Outside the coffee chain apps, Venmo, Square, and even some banking apps are being used to make purchases in place of cash or plastic. This group is still a small minority overall, but growing. Apps such as the ones released by Starbucks and Tim Horton’s also ease the transition to paying with mobile.

Still, when it comes to payments here, cash may be king, but it is plastic in the form of credit and debit cards that actually wear the crown. Americans are most likely to use those to make payments. Even for in-app purchases on both the iOS and Android platforms, the money comes from a plastic card’s number attached to the account. Despite this, very coffee purchased with an app is another step forward for mobile.