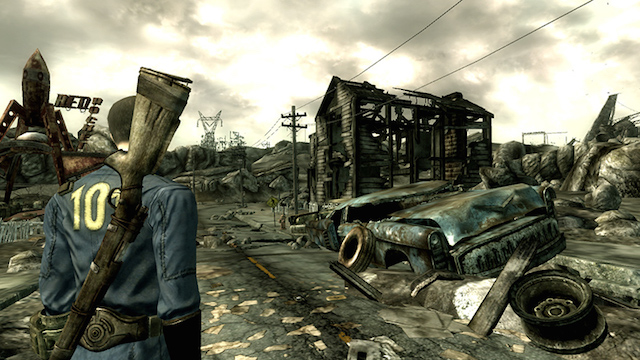 Bethesda Softworks, the maker of games like Skyrim, Fallout 3, Dishonored, and more, has just announced on its blog that it will host its first ever E3 press conference at this year’s expo in June.

The E3 conference is the video game industry’s biggest yearly event. During the show, a select few game companies host major press events to show off their upcoming titles.

For the past few years, the only companies to host press conferences have been the console makers — Nintendo, Microsoft and Sony — and two mammoth game makers, Electronic Arts and Ubisoft. That’s it: five press conferences.

Those companies form an exclusive club, which means Bethesda’s decision to throw its hat into the ring is a very big deal. It begs the question: Why would Bethesda spend oodles of money on such an event?

Probably because the company has major news to unleash, and it wants to do it on the biggest stage possible. The item most likely to qualify as “major news” from Bethesda would be the announcement of Fallout 4.

The Fallout series began on PC, but when Bethesda took it over with 2008’s Fallout 3, it came out in wide release on consoles as well. The game was a massive success, and is considered one of the best games of the generation.

Fallout 3 takes place in a post-apocalyptic world destroyed by nuclear war. Groups of bandits plague the “Wasteland,” stealing everything that’s not nailed down, and killing everything with a pulse. Several militarized factions are vying for control, while others eke out a miserable existence in the mountains or sewers. It’s bleak, it’s horrible, and it’s so immense and gratifying you might never want to put the controller down.

Fallout 3 was followed up in 2010 by Fallout New Vegas, a game that used the same engine and many of the same assets as Fallout 3, but was developed by Obsidian Entertainment rather than by Bethesda in-house. It’s been five years since that game launched, which means the world is ready for a new Fallout game.

An E3 announcement of Fallout 4 is not a foregone conclusion, however. Another game that could be big enough to warrant an E3 press conference would be a new Elder Scrolls title. The Elder Scrolls V: Skyrim came out in 2011 to huge popular and critical success, which would make The Elder Scrolls VI very big news indeed. 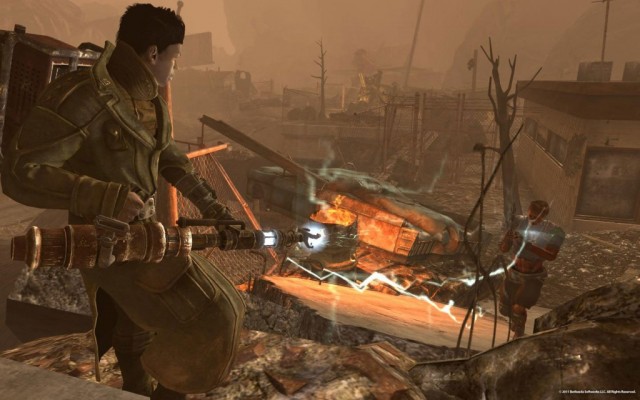 But a new Elder Scrolls seems less likely than a new Fallout, because both Skyrim and Fallout 3 were developed by the same team within Bethesda. If that team is taking turns making Elder Scrolls and Fallout games, then Fallout 4 would be due next.

Those aren’t the only two series Bethesda works on, either. Other games in the company’s portfolio include a new entry in the Doom series, which was announced seven years ago and hasn’t been shown to the public yet. Rumors have also swirled that a sequel to the excellent stealth game Dishonored is in the works. But neither of those titles seem big enough to schedule an E3 press conference around.

That said, any single game is too small to base an entire press conference on, so it’s more likely that Bethesda has several announcements up its sleeve. For instance, Doom could be shown or Dishonored 2 announced alongside Fallout 4. In a less likely possibility, other recent Bethesda games could be getting sequel announcements, including Wolfenstein: The New Order or The Evil Within.

On the other hand, the big reveal could be something no one’s predicting. It’s anyone’s guess, and Bethesda isn’t talking. To know for sure, we’ll have to wait for the conference on June 14. If you can’t make it out to Hollywood for the show, you’ll be able to stream it live on Bethesda’s Twitch.tv channel.

So does Bethesda’s E3 press conference portend a Fallout 4 announcement? That’s the most likely scenario, but it’s not the only one. That said, if you’re hoping to hear about Fallout 4 at E3 in June, the possibility just became a lot more likely than it was yesterday.