Will Google Fall From Its Place at the Top? 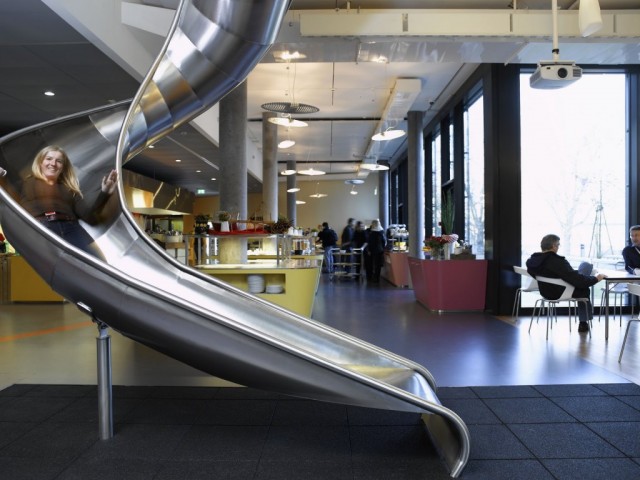 Google has long been a powerful force in the tech world, but investors and industry watchers alike are worried that the search engine giant’s strength today may turn to weakness tomorrow as the world around it changes. Wall Street has watched Google’s research and development spending increase significantly as the company tries to figure out what will comes next if its advertising dominance wanes, but doubts are building as the ambitious projects of the company’s research division generate buzz and speculation, but no successful new products.

In a recent story for The New York Times, Farhad Manjoo explored how Google may follow in the steps of Microsoft, struggling to stay relevant in the tech world of tomorrow even as it logs impressive profits today. Ben Thompson, an analyst who writes the blog Stratechery, tells Manjoo that he doesn’t think that Google is going to go away. Instead, he posits, “It’s just that Google will miss out on what’s next.”

Manjoo reports that while the Mountain View company looks healthy at first glance, the growth of its primary business, search advertising, has flattened out at about 20% per year for the past few years. Google’s financial results have failed to meet analysts’ consensus expectations for five straight quarters, and about 90% of the company’s revenue is from ads, mostly from its search engine. While Google has spent considerable resources on the process of inventing new tech for the future, it has failed to turn many of its innovations into new, profitable products.

Will Google struggle to stay relevant?

As smartphones become the world’s most ubiquitous computing devices, the digital advertising business is changing, and companies like Facebook are profiting from the shift. But Manjoo reports that Google’s place in the future is much less clear. He explains that the advertising business is split in two, with direct-response ads like classifieds, Yellow Pages, or the text-based ads Google runs alongside its search results on one side, and something called brand ads on the other side. On the other side is the bulk of the ad industry, comprised of the ads you see on television and in print magazines, which are placed in the hope of influencing your emotions so that you subsequently make a purchase. And while Google is great at information, emotion is something it’s still learning.

Thompson argues that the future of online advertising looks like the business of television. It’s likely to be dominated by services like Facebook, Snapchat, and Pinterest, which keep users engaged for long periods of time. “Google doesn’t create immersive experiences that you get lost in,” Thompson points out. “Google creates transactional services. You go to Google to search, or for maps, or with something else in mind. And those are the types of ads they have. But brand advertising isn’t about that kind of destination. It’s about an experience.”

Google has disputed the idea that it will face a challenge with brand advertising, positing that if ad dollars begin to flow from television to the Internet, much of that money will flow to YouTube, which attracts more than a billion users per month. At YouTube’s San Francisco headquarters, Google built a workshop called BrandLab, where it guides representatives from large advertisers through lessons in online advertising. It’s also developed technology to measure how ads affect potential customers, and it continues to improve the infrastructure that serves ads and measures how they perform.

But Manjoo reports that the problem for Google is that its efforts aren’t impossible to replicate, and in less than five years Facebook has built an ad technology infrastructure and an ad business that sold $11.5 billion of ads in 2014, up 65% over 2013. Pinterest, Snapchat, and YouTube could all do well with brand advertising, and while Google would still make a lot of money if it doesn’t dominate online ads in the same way it does now, it still needs to develop other businesses to continue growing.

Will Google find a future with new businesses?

Manjoo posits that the need to grow new businesses could be the impetus for Google co-founder and chief executive Larry Page’s recent decision to delegate responsibility for most of Google’s products to a subordinate in order to focus his own efforts on strategy, or for the company’s recent uptick in research and development spending. Its spending, on projects like Google’s driverless car, Google Glass, and Google Fiber generate a huge amount of press for the company — but remind Thompson of Microsoft, a company which has also spent large sums on research and development, and has seen little return on those investments. Thompson tells Manjoo, “To me the Microsoft comparison can’t be more clear. This is the price of being so successful — what you’re seeing is that when a company becomes dominant, its dominance precludes it from dominating the next thing. It’s almost like a natural law of business.”

Writing for The New York Times, Conor Dougherty reports that investors are starting to wonder whether the projects of Google’s research arm, Google X, will pay off. Ben Schachter, an analyst at Macquarie Securities, says, “We want companies to continue to push the envelope, but there has to be some financial responsibility around that. We have no real insight into what’s going on.”

Investors are left to guess at the potential of the products like Google Glass and the driverless car, but Dougherty notes that the wisdom of financing these “moonshot” projects wouldn’t be under question if the growth of Google’s core advertising business weren’t slowing and its dominance among desktop search engines weren’t eroding. And instead of estimating the potential of products that may never become a reality, investors are now focused on issues like costs and profit margins, even as research and development costs continue to grow.

Google X leader Astro Teller compares the financial results for which the division is responsible to the kind of return that a venture capitalist might expect when investing in a startup. “Because risk abounds, we owe a very strong return,” he says. Occasionally, Google X sends a project back to the core company so that it can produce more immediate benefits, as it did with Google’s neural network project, formerly called Google Brain. Teller says, “It would be fair to say Google Brain is producing in value for Google something that would be comparable to the total costs in Google X — just that one thing we’ve spun out.”

But Dougherty notes that innovation is no guarantee of success, and even if a company does invent a revolutionary product, it could turn out that it’s someone else entirely who succeeds at commercializing it. Companies try to deal with the problem by moving away from the kind of “fundamental research” for which people win Nobel Prizes, and focus instead on problems that can be solved by applying technology that’s already been figured out. But the patience of investors and consumers may not be as long as that of researchers, and they’d be reassured with a new product, or at least an idea of when to expect one.

As Google X tries to create value both for Google and for the world with the projects it undertakes, the research will try to create a pipeline of products that will define Google’s place in the future of tech. What exactly that place will be is not clear — but investors are already starting to worry that the future won’t see Google in the dominant position that’s become both a strength and a vulnerability.