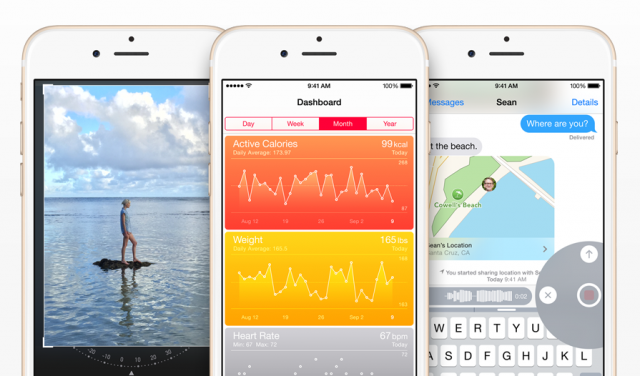 Apple is known for making well-built hardware and software that “just works.” But years of rapid iOS releases and frequent feature introductions have taken a toll on the mobile operating system’s overall performance, and recent complaints have held that Apple’s software isn’t living up to the company’s usually high standards.

According to recent reports, it sounds as though Apple will work out a variety of bugs with iOS 9, the next version of its mobile operating system. 9to5Mac’s Mark Gurman reports that one of the standout “features” of iOS 9 will be a focus on stabilizing and optimizing the entire operating system.

Apple has delivered a major new release of the iOS mobile operating system every year since 2007, and it generally markets major changes as a reason to purchase a new device. In 2013, the company overhauled the iOS interface at the same time it introduced features like Touch ID and the Control Center.

In 2014, it refined the UI design and added Health and Apple Pay. In 2015, iOS 9, codenamed “Monarch,” will include a variety of improvements, with Gurman’s sources saying that iOS 9 engineers are placing a “huge” focus on fixing bugs, maintaining stability, and boosting performance instead of focusing solely on delivering major new features.

Like OS X Snow Leopard in 2009, iOS 9 will be pitched to users as a release focused on stabilizing the operating system, but bug fixes won’t be the only feature of the new operating system. Apple has been working on several new iOS features like Transit and Indoor mapping modes, and Gurman expects some “exciting additions” to be showcased at Apple’s Worldwide Developers Conference.

He also expects Apple to work to keep the size of the operating system and its updates manageable, especially for the millions of iOS device owners with 16GB devices. That could be accomplished by limiting iOS 9 support to recent devices.

And if the iPhone 5C, original iPad mini, and fifth-generation iPod touch are all discontinued by the end of 2015, all of the “currently available” iOS devices would be using 64-bit A7, A8, and A9 processors. That could simplify iOS development for Apple and third-party developers.

With iOS 9, Apple is expected to address a variety of issues in OS X and iOS. Writing for Quartz, Mike Murphy reports that it’s hard to pinpoint one major flaw in Apple’s desktop or mobile operating systems. Each suffers from the cumulative effects of many minor bugs that contribute to a perceived slide in software quality, and many critics have recently spoken out on the subject.

Most notably, journalist Glenn Fleishman published a list of fundamental problems and recurring issues in Mac OS X and iOS. He explained that he and other veteran Mac and iOS users “have been grumbling quite publicly” since iOS 7 and Mavericks shipped that “the fit and finish we expect either on release or shortly afterwards for Mac OS X and iOS has slipped.” He writes that software and operating system problems have been rarely fixed in part or in full, features are removed rather than matured, and new features are added before being fully developed.

While iOS 5 and iOS 6 were more stable and reliable versions than iOS 7 and iOS 8, Fleishman observes that there are numerous issues that Apple will need to fix. He enumerates many of the issues that have plagued both Mac OS X and iOS. While the list of complaints with OS X is considerably longer than those for iOS, the number of recurring issues and problems with the mobile operating system is significant.

IOS suffers from performance issues on older devices. If Apple discontinues support for older iOS hardware, it angers users who lose patience with the continual cycle of devices falling into obsolescence. But if Apple offers full support for a wide range of older devices, it fails to highlight its newest hardware. Fleishman points out that even devices that aren’t at the tail end of backward compatibility for iOS 8 suffer performance issues with the new release.

Additionally, AirDrop performance remains unreliable even on devices on which the system requirements are met. The Podcast app stalls on downloads and requires a system restart to begin downloads again. App search routinely fails in Spotlight search after a restart and appears later for no apparent reason.

Bluetooth pairing is also unreliable, and third-party keyboards routinely crash in Apple apps, such as Messages, Mail, and Safari. Other Apple services, like Apple ID and Family Sharing, feature poor performance, options, and behaviors. And iTunes, which Murphy says was once a “necessary evil” for owning an iPod or an iPhone, has become a file manager, a media store, and device manager all in one. A major problem is that it fulfills none of these functions well.

Murphy points to Marco Arment’s widely circulated essay, “Apple has lost the functional high ground,” in which Arment argues that the company’s marketing-driven push to release a new iteration of the operating system each year has taken a toll on the quality of the software. Arment says, ” ‘It just works’  was never completely true, but I don’t think the list of qualifiers and asterisks has ever been longer,” and posits that Apple is doing too much, as well as trying to do so at unrealistic deadlines.

While Apple is expected to adhere to its traditional release cycle for operating system updates, at least for the iPhone, many think that the company will need to dedicate more resources to ensuring the stability and performance of the software millions of users rely on every day, even if such a focus comes at the expense of the speed at which it introduces new features.