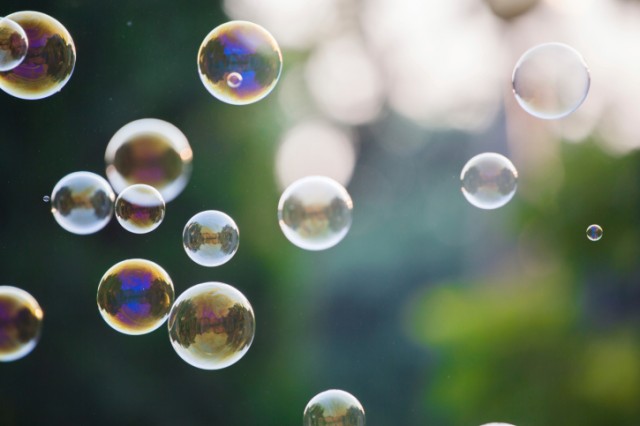 History may not always repeat itself, but sometimes it raises enough eyebrows to spark a social outcry. Since the dotcom and housing bubbles of yesteryear, investors have been on the lookout for the next financial meltdown, with little success. Finding bubbles is easier said than done and often only realized in hindsight. As the last six years have shown us, asset prices can defy criticism longer than we think. However, one area of the stock market may be sending us a warning message.

Social media names don’t look so friendly all of a sudden. This earnings season, companies like Twitter and LinkedIn are reminding investors that valuations still matter. Twitter’s quarterly revenue fell $21 million short of Wall Street’s estimate, while user growth was unimpressive. Shares crashed 18% after the disappointing news and look set to nurse broken wings for the rest of the year as management implements new advertising products. LinkedIn shares plunged by almost the same amount after lowering its full-year guidance on revenue and earnings. Even Facebook, the belle of the ball, missed revenue estimates for the first time since becoming a public company.

Conveniently, social media outcasts may be the wake up call investors need. Some prominent investors already believe another tech bubble is upon us. David Einhorn, president and founder of Greenlight Capital, explained last year how he views the current bubble as an “echo of the previous tech bubble,” but with fewer large-cap companies participating in the fun and much less public enthusiasm. A certain group of “cool kids” like Athenahealth and Amazon are prime candidates where conventional valuation methods are rejected, for now.

Mark Cuban, billionaire tech mogul and Shark Tank investor, sees a tech bubble that lacks the liquidity of its predecessor:

“In a bubble there is always someone with a ‘great’ idea pitching an investor the dream of a billion dollar payout with a comparison to an existing success story. In the tech bubble it was Broadcast.com, AOL, Netscape, etc. Today its, Uber, Twitter, Facebook, etc. To the investor, it’s the hope of a huge payout. But there is one critical difference. Back then the companies the general public was investing in were public companies. They may have been horrible companies, but being public meant that investors had liquidity to sell their stocks. The bubble today comes from private investors who are investing in apps and small tech companies.” 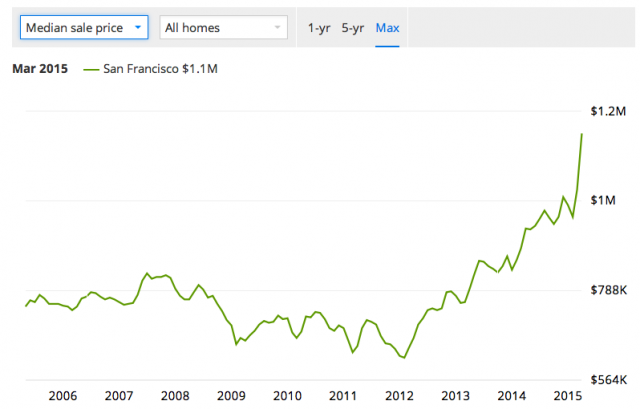 Look no further than Silicon Valley and its surrounding area to find ground zero. An influx of affluent techies have virtually demolished any chances of decent-priced housing. The National Association of Realtors reports the median price of an existing single-family home in San Jose is $900,000, making it the most expensive housing market in the country. San Francisco ranks second at $748,300. California is obviously not known for its affordable housing, but as the chart above from Zillow shows, the median sale price on all homes in San Francisco now dwarfs anything seen during the housing bubble, with a pronounced spike currently taking place.

Will social media soon pop a bubble in Silicon Valley if there is indeed one? Probably not. Mr. Market can have a short memory. One impressive quarter can turn around Internet names like Twitter or Amazon overnight. In fact, Amazon is already up 50% from its recent low made in January. When revenue or earnings are not enough to rekindle animal spirits, buyout deals from companies flush with credit thanks to low interest rates can keep the music playing. For example, Yelp shares recently plummeted 23% in a single day after announcing disappointing quarterly revenue, but recouped most of the losses in about a week after buyout rumors hit headlines. AOL, infamously known for dial-up connections and free trial discs during the previous tech bubble, is being acquired by Verizon for $4.4 billion.

One thing is certain: When the music eventually stops, hearing about it on social media will be too late for comfort.