Will Softcard Give Google an Edge Over Apple Pay? 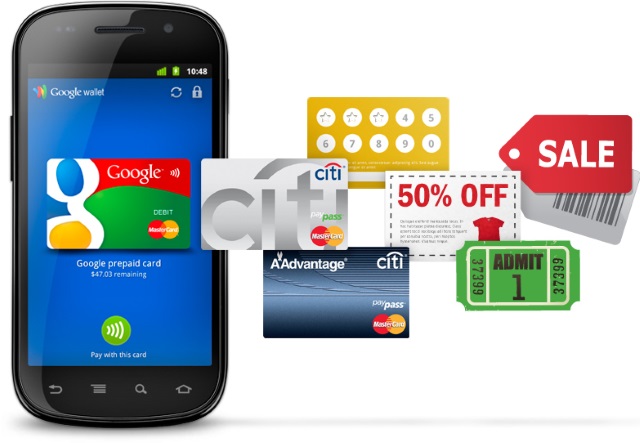 While most of us probably still pay for the majority of our purchases with cards or cash, the recent debut of Apple Pay has shined a spotlight on an increasingly popular third option: Mobile payments. Since Apple has a reputation for creating intuitive interfaces and has a loyal base of users that tend to quickly adopt new services, it comes as little surprise that Apple Pay appears to have already acquired an impressive slice of the mobile payments market.

Although Apple does not release standalone statistics for Apple Pay, research conducted by Investment Technology Group (ITG) found that the service accounted for 1% of all digital payment dollars during the month of November 2014, just a few weeks after it launched on October 20. While 1% may not sound like much of a gain, it should be noted that Google Wallet — a similar mobile payments system for Android-based devices that has been available since 2011 — accounted for a 4% share during the same time period. Considering that it took Google Wallet three years to achieve its 4% market share, Apple’s 1% gain over six weeks is pretty impressive.

While it remains to be seen what other mobile payments players might emerge over the next several years, it appears that Apple and Google are shaping up to be major competitors in this space, just as the two companies are in the mobile operating system market. At stake is a U.S. mobile payments market that is expected to be worth $142 billion by 2019, according to Forrester Research. And while Apple continues to roll out its mobile payments system at more retailers, Google is taking steps of its own to ensure it has a piece of this burgeoning market. In a post on the company’s official blog, Google recently announced that it has partnered with Softcard, a mobile payments company founded by AT&T, T-Mobile, and Verizon in 2010. In a post on Softcard’s blog, the company noted that its customers will still be able to use its app for now, but will “share more information with customers and partners in the coming weeks.” 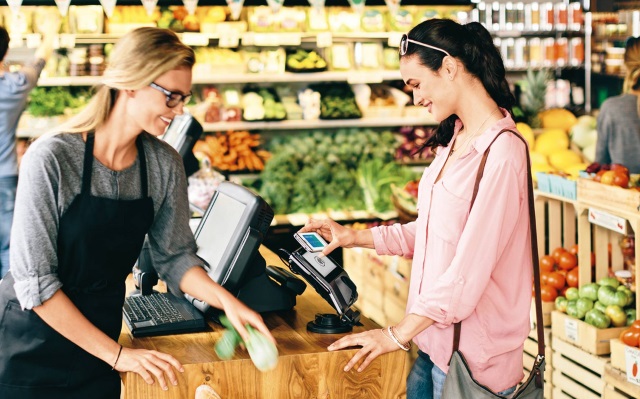 “[W]e’re excited to announce that we’re working with AT&T Mobility, T-Mobile USA and Verizon Wireless, as well as their mobile payments company Softcard, to help more Android users get the benefits of tap and pay,” wrote Google VP of payments Ariel Bardin. “Under this relationship, the Google Wallet app, including the tap and pay functionality, will come pre-installed on Android phones (running KitKat or higher) sold by these carriers in the US later this year. We’re also acquiring some exciting technology and intellectual property from Softcard to make Google Wallet better.”

While it’s not clear what “technology and intellectual property” Google is most interested in, the company is known to have over a hundred patents and applications for patents. These patents could prove to be an important asset for Google if Apple or another mobile payments competitor attempts to implement a technology that infringes on Softcard’s patents. As previously noted by Tech Cheat Sheet, Google and Apple’s growing interest in mobile payments has the potential to spark another patent war, similar to the long-running smartphone patent war fought between Apple and various Android device makers.

Besides the benefit of gaining a potential patent arsenal for future mobile payments-related litigation, Google’s partnership with Softcard has also effectively eliminated one of the last roadblocks that was preventing Google Wallet from becoming the dominant mobile payments service on Android-based phones. Since Softcard (previously known as Isis Wallet) was formed by AT&T, T-Mobile, and Verizon, those three carriers previously refused to pre-install Google Wallet on the phones they sold. Now Google Wallet will come preinstalled on those carriers’ devices.

The expansion of Google Wallet to three major carriers not only improves Google’s position in the mobile payments market vis-à-vis Apple, it also makes it harder for other rivals to gain a foothold. As reported by Tech Cheat Sheet in January, Samsung’s upcoming Galaxy S6 is rumored to include a native mobile payments app called Samsung Pay. More recently, Samsung announced that it was acquiring LoopPay, a contactless payment system that is compatible with existing magnetic stripe readers.

“This acquisition accelerates our vision to drive and lead innovation in the world of mobile commerce,” said Samsung president and head of IT and mobile division JK Shin. “Our goal has always been to build the smartest, most secure, user-friendly mobile wallet experience, and we are delighted to welcome LoopPay to take us closer to this goal.” However, since Samsung Pay will be tied to the company’s hardware much like Apple Pay is tied to the iPhone, Google Wallet will have access to a broader base of Android users.

Google’s deal with Softcard could also make it more competitive against CurrentC, the mobile payments system that is backed by the Merchant Customer Exchange (MCX), a consortium of merchants that includes major retailers like Walmart and Target. While MCX has so far forbidden its members from offering alternative mobile payments options to their customers (including Apple Pay), it may be forced to change its policies if Google Wallet is adopted by a major segment of Android users.  However, once Google Wallet becomes the dominant payment system for Android users, it may not be long before the mobile payments market turns into a battle between Google and Apple.