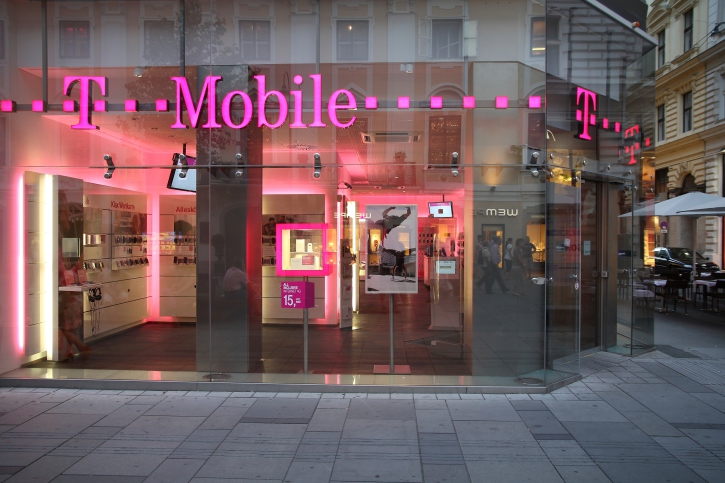 T-Mobile (NYSE:TMUS) is at it again with its “Uncarrier” approach to the mobile market, this time targeting the lighter phone users with budget on the mind. A new plan offering keeps things simple for customers while ensuring they don’t get charged for going over their data allowance.

When T-Mobile switched from being a two-year contract carrier to offering monthly plans and selling phones with monthly installment payments, it separated itself from the status quo of major carriers. T-Mobile was stuck toward the back of the pack, and the move shook up the system. Now other major carriers are offering similar non-contract plans to compete.

The latest plan from T-Mobile weighs in at just $40 per month and is called the “Simple Starter” plan. The plan includes unlimited text and and talk, so there’s nothing to worry about with the essential phone functions, plus 500GB of data on 4G LTE. When the data cap is reached, users are prompted to pay $5 or $10 for extra data for a day or week. HNGN reports that the plan doesn’t include the international data or texts that are included in the $50-and-up Simple Choice plan. However, the new plan does seem like it could have appeal for basic mobile users not worried about international services or lots of data on mobile networks.

With the added opportunity to have T-Mobile pay up to $650 to help customers with cancellation fees when switching from a traditional contract carrier, the move to break up the lead of the top carriers is clear. However, T-Mobile might have fallen into competition with some smaller carriers by delving into the pre-paid market.

T-Mobile definitely has the brand-recognition advantage when it comes to the pre-paid market. But when comparing what consumers get, it might not have the best deals around. Not a lot of carriers offer to pay for contract termination fees, but many do offer more from their plans for less.

One of the more recognizable pre-paid carriers is Virgin Mobile USA, which is a subsidiary of Sprint (NYSE:S) and has the benefit of running on Sprint’s extensive network. For $35, Virgin Mobile offers 300 minutes of talking alongside unlimited texting and data — though the data rate will drop to 2G speeds after 2.5GB of high-speed data is consumed within a given month cycle. For those that don’t talk to much and are more interested in higher data usage with smartphones, this deal could beat out T-Mobile’s. For twenty hours of talk on top of the unlimited text and data, customers can jump up to $45 a month, or go full unlimited for $55. For talking and travel, T-Mobile does still seem to have an edge, though savvy users can easily find ways of using their data to supplement minutes through VoIP calling.

HNGN reports that U.S. Cellular has also made sure it can compete by offering a $40 plan for unlimited everything. However, U.S. Cellular only offers unlimited data at that price for basic phones, which tend not to consume much data. To get 2GB of high-speed data, it would cost $60 per month.

Boost Mobile is another subsidiary carrier operating on Sprint’s network with deals to challenge T-Mobile. Long term customers with continuous on-time payments can see a $50 plan comparable to T-Mobile’s $50 plan shrink down to $35 per month after eighteen months.

Judging by the competition, it appears that T-Mobile may actually have a winning low-cost, monthly plan on its hands. The question remaining is just how much Sprint, Verizon (NYSE:VZ), and AT&T (NYSE:T) will do to compete on the same level.