Will This Apple iWatch Feature Have Everyone Talking? 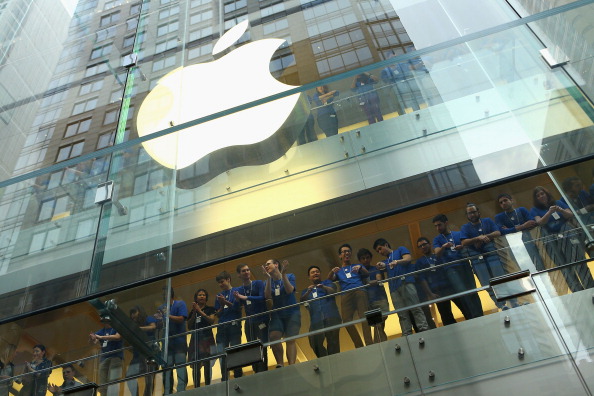 Will the ability to record and send voice messages become a central feature of Apple’s (NASDAQ:AAPL) rumored iWatch? UBS analyst Steven Milunovich recently participated in a private analyst meeting with Tim Cook in which the Apple CEO expressed an interest in voice-messaging apps that allow users to dictate and send voice messages, as opposed to typing text messages.

“When we visited with Tim Cook, he said that walking down streets in China one sees people speaking into their phones sending voice rather than text messages,” wrote Milunovich in a note obtained by Investor’s Business Daily. “Porting this capability to the watch makes sense as it is easier to send a voice message from a device already on the wrist than pulling out a phone. It also could aid penetration of China, which Cook said has a ways to go.”

While Apple’s iOS 7 does not currently offer voice messaging via a native app, iPhone users can dictate and send voice messages through various third-party apps available in the App Store. However, voice messaging will be a built-in option in iOS 8, which will be publicly released this fall. In iOS 8, the voice messaging feature is activated by tapping a microphone button to record a message and then swiping to send it. Milunovich speculated that a similar voice messaging feature could become a key feature on the iWatch, especially considering that typing a text message on a small watch-sized screen would be impractical.

The widespread use of voice messaging in China also makes it quite likely that any voice messaging capability would be extended to Apple’s rumored wearable tech product. The Greater China region was Apple’s fastest growing region according to the company’s March quarter earnings report and is expected to surpass North America as the world’s largest mobile phone market by revenue this year, according to Strategy Analytics executive director Neil Mawston. As a result, Apple has increasingly focused its attention on China over the past year. Last September, Apple included China in its initial iPhone launch event for the first time and Cook promised to “triple the number of Apple Retail Stores over the next two years” in the region during the company’s March quarter earnings call earlier this year.

While voice messaging could become an important feature of Apple’s rumored wrist-worn wearable tech device, most industry speculation about the iWatch has revolved around its expected health-monitoring and fitness-tracking capabilities. As first reported by 9to5Mac last summer, Apple has hired dozens of medical sensor and fitness experts who have presumably been working on the iWatch project. More recently, an unnamed source cited by 9to5Mac indicated that Apple is recruiting professional athletes to test the fitness-tracking capabilities of an iWatch that will be “positioned as a fashion accessory.”

There are also indications that Apple will release more than one version of the iWatch. According to sources cited by The Wall Street Journal, Apple will release the iWatch in various screen sizes. The sources also noted that the wearable tech devices will feature more than ten types of health-monitoring and fitness-tracking sensors. At the Worldwide Developers Conference last month, Apple unveiled a health data storage platform called HealthKit, as well as a related Health app. Although HealthKit was touted as a health data repository for third-party apps, both initiatives are also widely believed to be precursors to Apple’s upcoming iWatch.

While it remains to be seen what the exact features of the iWatch will be, most analysts are already predicting that the device will be a hit product. In a previous note to investors obtained by Apple Insider, Milunovich predicted that Apple could sell as many as 21 million iWatch units in fiscal 2015 and 36 million units in fiscal 2016, at an average selling price of $300. According to Investor’s Business Daily, the UBS analyst maintained a “Buy” rating and a $100 price target on Apple shares.