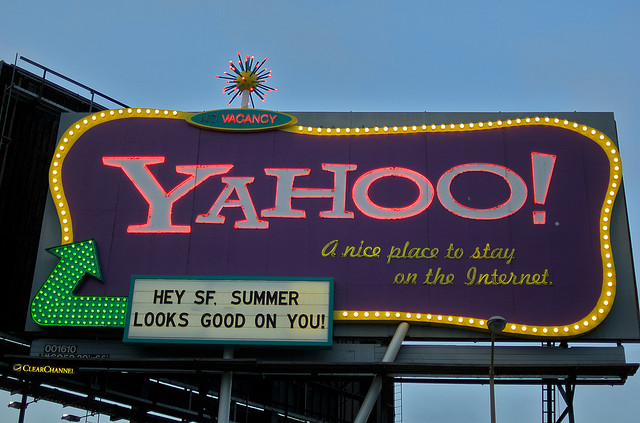 Yahoo (NASDAQ:YHOO) has made some aggressive moves in online video as CEO Marissa Mayer focuses on it as a key area of growth for the company. Online video commands high ad rates as traditional television loses popularity to various forms of online TV streaming, and Google’s (NASDAQ:GOOG) (NASDAQ:GOOGL) YouTube currently scoops up almost all of the revenue from online video. Yahoo is working slowly but steadily to change that.

According to a report from The Wall Street Journal, Yahoo is in the process of developing its own high-quality original content that will compete with Netflix (NASDAQ:NFLX) and Amazon’s (NASDAQ:AMZN) Prime Instant Video as well as the original content channels on YouTube. People familiar with Yahoo’s plans said that the company is looking to invest in high-quality original programming similar to Netflix shows like House of Cards and Orange Is the New Black.

The Wall Street Journal’s sources said that Yahoo will soon order four new Web series, but instead of being short form videos as are typically found on YouTube, Yahoo is looking for half hour 10-episode comedies with budgets between $700,000 and a few million dollars per episode. The sources also said that Yahoo is looking for projects from people with previous experience in television.

Mayer would ideally like the deals to be closed by the time Yahoo holds its annual NewFront event, where online companies make presentations to potential advertisers, on April 28. The potential to show off some original television content would be a huge advantage for gaining bigger ad contracts.

The decision to make original TV shows has proven highly beneficial for Netflix, which has seen huge success as its original shows have become some of the most popular content available on the service. Amazon has sought to copy that formula with its own original shows, available through its streaming service for Prime members. While good original content could score Yahoo some pricey ad contracts, the company is also entering a crowded arena.

Video has been a key aspect of Mayer’s turnaround effort, which after two years at the helm of the company has still born little fruit. Mayer even presented Yahoo’s second-quarter earnings last year in a video presentation shot like a news broadcast, saying she wants to make video a “primary area of investment over the next year.” Yahoo has invested in the archives of Saturday Night Live and celebrity reporter Katie Couric to improve its video offerings. Couric launched her show, Yahoo News With Katie Couric, last month with an episode in which she interviewed former New York City mayor Michael Bloomberg.

It was also recently reported that Yahoo is seeking to steal YouTube’s biggest stars by offering them better prices than Google to switch their channels over to Yahoo. YouTube video creators have frequently complained about the low pay they receive from the company, and Yahoo is offering content producers either better ad revenue or guaranteed ad rates for their videos. Yahoo also plans to offer extensive promotion on its heavily trafficked homepage as well as the opportunity for producers to sell their own advertising.

Ideally, the original shows for Yahoo would encourage advertisers to spend money on the site that might otherwise go to YouTube or traditional television. If the shows don’t prove to be popular, then Yahoo will have sunk a pretty sizable chunk of change into a failed video concept.