World travelers who happen to be Snapchatters will be happy to know they can now project augmented reality sculptures into sites around the world – including at iconic destinations like the Eiffel Tower, Sydney Opera House, Central Park, the National Mall in Washington, D.C., and Hyde Park in London. Snapchat added the new lens to its app Tuesday.

The sculptures featured are those of artist Jeff Koons, with whom Snapchat has partnered. The lenses will only be able to be activated when a user is within about 1,000 feet of a given location. Sculpture options include Koons’ Balloon Dog, Swan, Rabbit, Popeye, and Play-Doh. Jay-Z fans may be familiar with the balloon dog, from when the rapper performed in front of a 40-foot, real-life version.

Thrilled to work with Jay-Z to create a 40-foot Balloon Dog for his festival tour. #jayz #jeffkoons #balloondog #vfestival Photo by @samneill_photo

In the Snapchat app, each AR sculpture will be available at a location for a few weeks, and then it will rotate to a different location. The sculptures will appear to be about three stories tall. (Snapchat uses the same technology for its popular dancing hot dog.) Users will be able to take photos of themselves beside the sculptures.

Artists can now submit their art to be featured in snapchat's AR. Raleigh could use some more sculpture. https://t.co/ih3AM22zm3 pic.twitter.com/5mhGy9lj1V

Snap CEO Evan Spiegel announced the new feature and collaboration with Koons at the 2017 Vanity Fair New Establishment Summit. The initiative is “just an example of the way Snapchat is trying to remove the friction in the creative process,” Spiegel said. “The fact we can bring these ginormous sculptures anywhere in the world… is just the beginning” of people being inspired to use the app for their creative expression.

Koons’ balloon animal sculptures are produced using stainless steel with mirror-finish surfaces. The artist has been working on sculptures since the 1970s. He has also worked as a commodities broker. 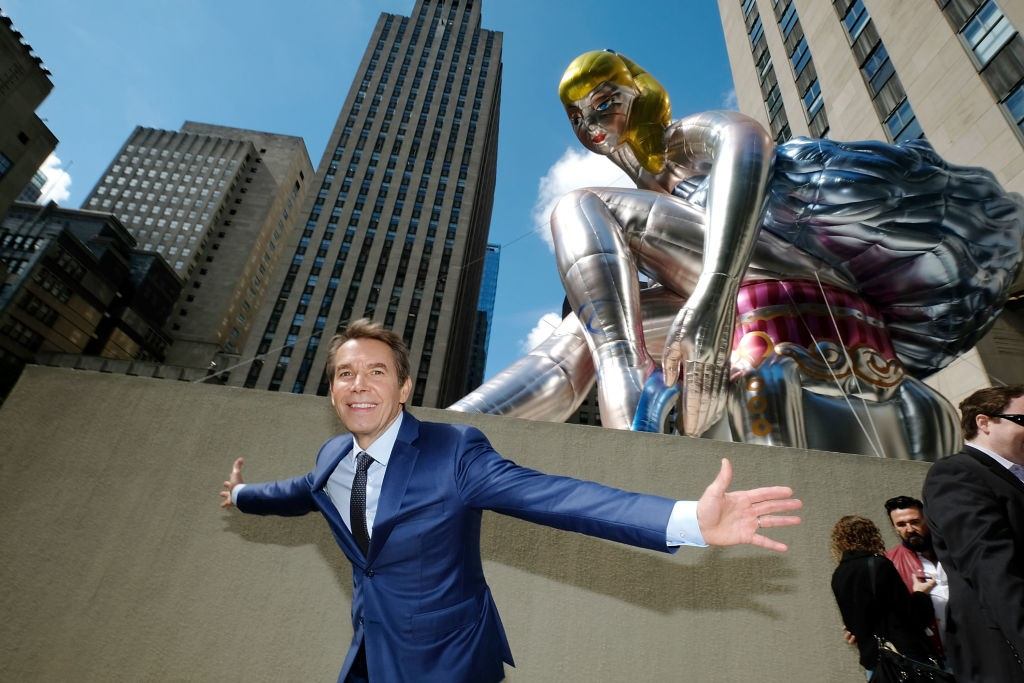