XBox One Buyer’s Guide: What You’ll Need to Start Gaming

Modern video gaming consoles are powerful machines, capable of pumping out the best graphics ever seen in the medium, plus a whole lot more. If you want one machine that lets you play it all — games, Netflix, Spotify, Blu-ray, you name it — then the Xbox One is the way to go. But with all the options for accessories and games, knowing exactly what to buy can be tricky. Here’s the only buyer’s guide you need for the Xbox One.

First, let’s look at the console itself. The Xbox One comes in two basic packages: with Kinect and without Kinect. The Kinect is a motion-sensing peripheral that also lets you use voice controls. Some games make use of it, but most don’t. The most useful feature of the Kinect is that it lets you turn on your console and open apps just by saying a few words. The Xbox One with Kinect retails for $500. You can buy one here.

If you want to save a few bucks and forego the Kinect, you can still do most of the same things using the controller that comes with the system. The standard Xbox One (without Kinect) is available here for $350.

To see what your powerful new machine can do, you’re going to need some games. Luckily for you, tons of must-have games are available for the Xbox One. Here are some of the top-rated titles.

Grand Theft Auto V: One of the best, most fully realized games in years, Grand Theft Auto V follows three very different criminals as they work together to pull off heists, staying as far ahead of law enforcement as they can. When you’re done with the campaign, you can hop online for a nearly endless supply of content that will keep you busy for months if you stick with it. If you haven’t played this game yet, experiencing it on Xbox One is the way to do it. Buy it here.

Halo: The Master Chief Collection: Want to blast your way through over a decade of genre-defining classics? This collection gathers four killer Halo games all in one place, with updated graphics, higher frame rates, and all of the multiplayer maps you could ever hope for. It’s basically a collection of bonafide masterpieces, available at a ridiculously low price. Get your copy now.

Middle-earth: Shadow of Mordor: If only all licensed games were this good. Middle-earth: Shadow of Mordor puts you in the shoes of a man whose family has been slain by the armies of Sauron. You’re out for one thing: revenge against every orc tribe you can point a sword at. With silky-smooth navigation and bone-crushing combat, this game delivers some of the best action on the Xbox One. Pick it up here.

Rayman Legends: Not only is this colorful platformer endlessly fun and creative in its many, many levels, but it’s also appropriate for gamers of all ages. These days, no one outside of Nintendo is crafting such joyful 2-D platformers as this. Don’t let this game slip by. Add it to your collection now.

Dark Souls II: Scholar of the First Sin: The Souls series is cryptic and punishingly difficult, but that only makes success all the more sweet. The odds are stacked against you in this action game, with its bleak setting and more-than-formidable enemies. But finding your footing, exploring the gorgeous environments, and conquering the evil within is oh so worthwhile. To experience the joy of hard-won accomplishment, grab this game now.

Forza Horizon 2: You don’t have to be into cars to appreciate this adrenaline-fueled racing game, although it doesn’t hurt. This game drops you on the open roads of northern Italy and southern France, and sets you free to drive around, joining in races and completing a wide variety of missions. Each race earns you cash you can spend to populate your garage with all kinds of cars and trucks. Seriously, buy this game.

Every Xbox One comes with a controller, but if you want to play with another person in the room, you’re going to need additional controllers. Be sure to grab as many as you’ll need, because it’s never fun to leave your guests empty-handed. You can grab extra controllers here. 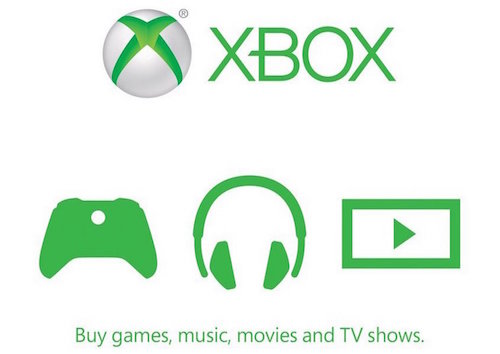 The Xbox One also has a phenomenal library of downloadable titles, including Ori and the Blind Forest, Minecraft, Guacamelee, and Child of Light. To buy those, you’ll want to stock up on Xbox Live gift cards so your account never runs empty. Buy them here.

To play Xbox One online, you’ll need an Xbox Live Gold subscription. But that’s actually a good thing. Not only does Microsoft have the best online service of any gaming company, but a year’s subscription costs less than a single game — plus, you get free Xbox 360 and Xbox One games each month. Even if you only want to play a fraction of the games they offer, you’ll still get more than your money’s worth from your subscription. You can learn more about the program here, or just buy a subscription here. 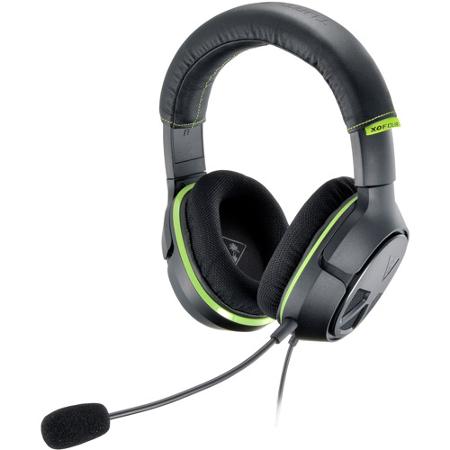 Owning a comfortable headset is a must if you play a lot of games online, or you don’t want to wake up the family while you play late at night. A top-of-the-line headset made just for Xbox One owners is this one from Turtle Beach. It’s comfortable and convenient, and it offers crystal-clear sound quality.