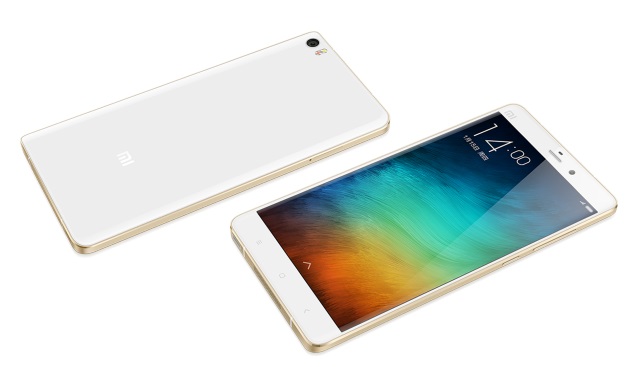 Question: What looks like an Apple product but has a name that sounds like a Samsung product? If you guessed Xiaomi’s new Note phablet, then congratulations, you are well informed about the latest device to enter the rapidly growing large-screen smartphone market. Xiaomi, a Chinese smartphone maker that specializes in selling low-cost mobile devices, unveiled the new 5.7-inch Note at a media event on Thursday, reports The Wall Street Journal.

While the Xiaomi Note may have borrowed its name from Samsung – the Korea-based company that sells a line of phablets under the Galaxy Note moniker — Xiaomi made it clear that it considers Apple’s iPhone 6 Plus to be the device’s primary competitor. Xiaomi chairman Lei Jun repeatedly compared the Note to Apple’s 5.5-inch iPhone 6 Plus during the recent product launch event. “We are thinner and lighter,” bragged Xiaomi chairman Lei Jun, according to The Wall Street Journal.

With a thickness of 6.95 millimeters, the Xiaomi Note is a hair thinner than the iPhone 6 Plus, which has a thickness of 7.1 millimeters. Additionally, in what might have been an attempt to inoculate its device from the type of “bendgate” issues that surrounded the launch of Apple’s iPhone 6 Plus, Xiaomi strengthened the Note’s structure by covering both the front and the back of the device with Corning’s proprietary Gorilla Glass. Despite its thinner profile, the Xiaomi Note also manages to pack in a 3,000 mAh battery, slightly larger than the 2,915 mAh battery used in the iPhone 6 Plus, according to a teardown conducted by the researchers at repair firm iFixit. At 161 grams, the Note is also slightly lighter than the 172-gram iPhone 6 Plus. 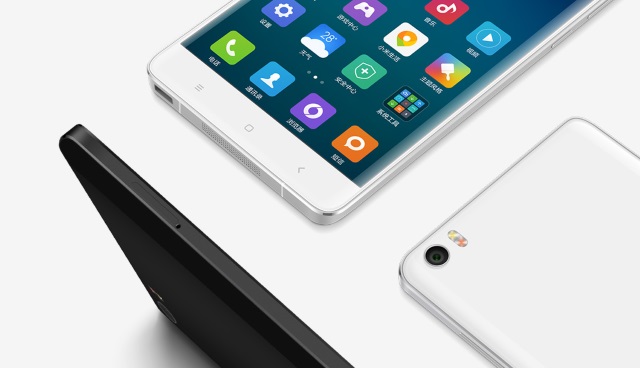 Xiaomi appeared to knock the protruding camera lens design utilized by Apple’s iPhone 6 Plus by highlighting the Note’s “improved camera module embedded in the structure” that also includes an optical image stabilization system similar to the one used by the iPhone 6 Plus. The Xiaomi Note camera also features a 13-megapixel camera, in contrast to the 8-megapixel sensor that has long been used in Apple’s iPhone camera modules. For its display, the standard version of the 5.7-inch Xiaomi Note offers a 1080p high definition screen that has a slightly lower 386 pixel-per-inch (ppi) count than the iPhone 6 Plus due to slightly its larger screen size. However, Xiaomi also plans to release a premium version of the device that will feature a full HD screen with 2,560-by-1,440 resolution and an impressive 515 ppi.

The standard Xiaomi Note is powered by Qualcomm’s Snapdragon 801 quad-core 2.5GHz processor with 3GB of RAM, while the premium model will use the Snapdragon 64 810 eight-core processor with 4GB of RAM.  In contrast, both of Apple’s latest iPhone models offer 1GB of RAM, according to repair firm iFixit.

One of the major reasons behind Xiaomi’s success has been its strategy of offering low-cost devices that still manage to include plenty of high technical specifications. The Note continues this tradition with an off-contract price of just 2,299 yuan (about $371) for the 16GB entry-level model. The 64GB Note model costs 2,799 yuan (about $452), while the upcoming premium model will start at 3,299 yuan (about $533). On the other hand, Apple’s off-contract 16GB iPhone 6 Plus sells for $749, while the off-contract 64GB sells for $849. 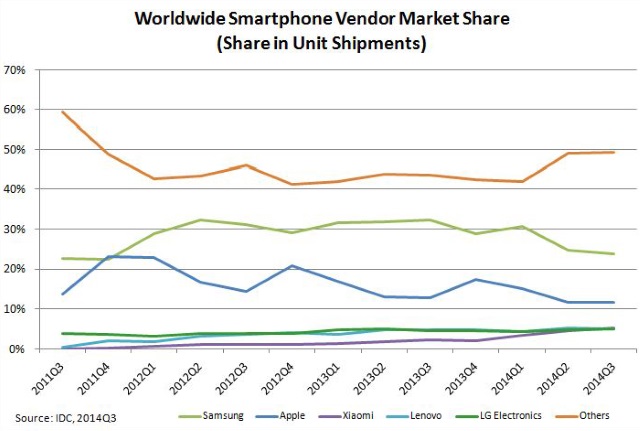 While Xiaomi may not be familiar to many consumers outside of Asia, this low-cost smartphone maker is a highly popular brand in China where its year-over-year triple digit growth rate made it the world’s third biggest smartphone vendor in the third quarter of 2014, according to IDC data. More recently, the company made headlines when it achieved the title of the world’s most valuable tech startup after closing a $1.1 billion round of funding that boosted its valuation to $45 billion in December.

Although the company is now actively seeking juxtaposition to the iPhone 6 Plus with its latest device, Xiaomi has long drawn comparisons to Apple due to its similarly loyal user base, its much-hyped media events, and its charismatic founder who sometimes even appears to imitate Steve Jobs’s attire, as noted by TechCrunch. However, the company has also been widely criticized for its blatant copycat designs – such as the Mi Pad — that are “inspired” by products made by other companies like Apple.

Renowned Apple product designer Jony Ive had some harsh words for Xiaomi when an audience member asked him about the company at Vanity Fair’s New Establishment Summit last October. “I don’t see it as flattery,” said Ive, according to Vanity Fair. “When you’re doing something for the first time, you don’t know it’s going to work. You spend seven or eight years working on something, and then it’s copied. I have to be honest, the first thing I can think, all those weekends that I could have at home with my family but didn’t. I think it’s theft, and it’s lazy.”

While other companies may resent Xiaomi’s tendency to imitate rather than innovate, there is no question that the Chinese company’s products are highly popular in its domestic market. According to Canalys, Xiaomi became the No. 1 smartphone vendor in China with a 14% market share during the second quarter of 2014, outperforming global leaders Samsung and Apple, which together held an 18% market share in China. However, this data does not include the sales of Apple’s latest iPhone models and it will likely be several months before any potential impact from the Xiaomi Note on sales of the iPhone 6 Plus can be assessed.  In the meantime, industry watchers may want to keep their eyes peeled for the Xiaomi Watch.