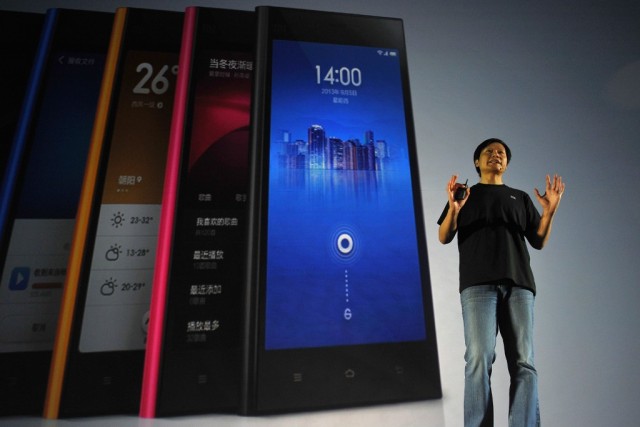 Chinese smartphone maker Xiaomi just announced the Mi 4, a new device to rival the internationally popular iPhone. The smartphone is meant to be a high-end competitor to Apple’s (NASDAQ:AAPL) iPhone and Samsung’s (SSNLF.PK) Galaxy, both of which dominate the high-end smartphone market.

The Mi 4 smartphone is meant to compete with the likes of the iPhone and the Galaxy in emerging smartphone markets, according to PC World. (Yes, this means it won’t be available in the United States, Canada, or most of Europe.) Xiaomi primarily does business in China and Southeast Asian countries but has also recently expanded into the Russian, Mexican, and Brazilian markets.

The fact that this product’s launch is the same day (albeit several time zones apart) that Apple’s third-quarter results come out only adds to the comparisons with the American electronics firm. Xiaomi seems to want to be the Chinese Apple in the worst way. It already outsells Apple in its native China. This newest phone is an example of that aspiration. With its similarities to the iPhone, it seems possible that the Mi 4 smartphone is for customers looking for an iPhone-style product at a lower price of $320 (the $99 iPhone 5c also may fill this void in other markets).

Also saying the Xiaomi Mi 4 smartphone is comparable to Apple’s iPhone is a way of saying the new smartphone is a high-end, stylish product, one way to appeal to customers in China and in the nine other markets where Xiaomi sells its smartphones. It also distinguishes it from Xiaomi’s other smartphone offerings.

Saying your products are better than the iPhone or other Apple products is hardly a new plan, either. Xiaomi took that tactic from Samsung’s playbook. Samsung’s tablet and smartphone ads have been doing this for years in its American advertising campaigns. Like Xiaomi, Samsung’s comparisons always end with its product coming out as the better choice of the two.

Xiaomi’s newest smartphone is meant to be a rival to both Apple and Samsung, which dominate the high-end smartphone market worldwide. Overall, Xiaomi is the sixth-largest smartphone company in the world. The company sold about 18.7 smartphones in 2013.