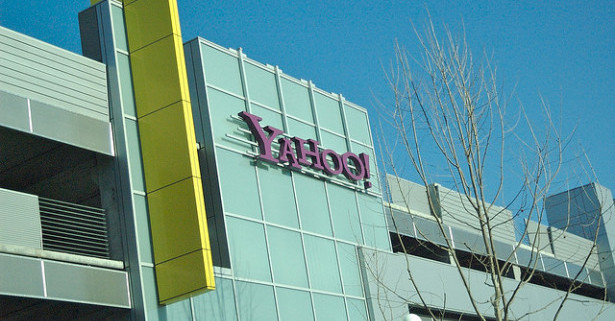 Shares of Yahoo (NASDAQ:YHOO) closed Tuesday’s regular session up 4.28 percent at $38.22, but fell as much as 5.5 percent in post-market trading after the Internet technology company reported fourth-quarter and full-year results. Although revenue was consistent with expectations and earnings beat the Street, display ad revenue and income from operations both declined.

“I’m encouraged by Yahoo’s performance in Q4 and 2013 overall,” commented CEO Marissa Mayer in the earnings release. “We saw continued stability in the business, and our investments allowed us to bring beautiful products to our users and establish a strong foundation for revenue growth. We are extremely heartened by the year-over-year traffic increase we experienced in 2013, an early sign of return on our investments and the acquisitions we’ve made.”

Yahoo has taken the top web-traffic spot from Google with increased frequency, but the company is still working to recoup its position in the pantheon of Internet and technology companies. Analysts are expecting just 2.2 percent revenue growth next year and earnings growth of about 13 percent. For the fiscal first-quarter, analysts are looking for revenue growth of about 0.8 percent on the year to $1.08 billion, and earnings growth of about 7.9 percent to 41 cents per share. Yahoo itself forecast fiscal first-quarter EBITA in a range between $290 million and $330 million, an outlook which implies narrower margins.