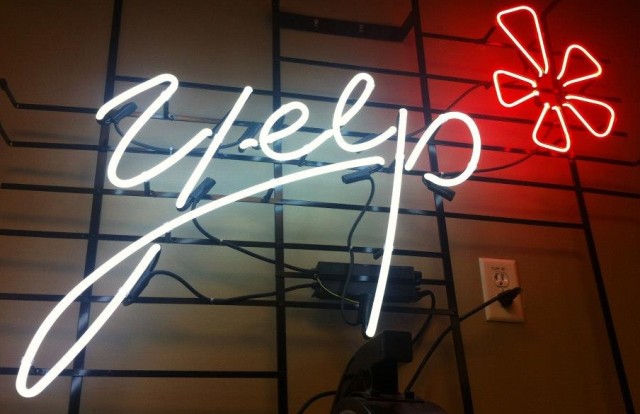 The local business review site Yelp (NYSE:YELP) reached a record high during trading on Wednesday after a research note from JPMorgan (NYSE:JPM) seen by Bloomberg said the firm had increased its estimated 12-month share price for the website from $75 to $89. Yelp shares closed at $78.42 on Wednesday afternoon after reaching a high of $79.89 during the day’s trading session.

JPMorgan analyst Kaizad Gotla cited Yelp’s success at getting advertisers across a variety of industries to buy Yelp promotions as the reason for the revised estimate. This comes just after Telsey Advisory Group raised its price target on the stock from $62 to $95 on the strength of Yelp’s advertising as well, Bloomberg said. “There’s significant room for strong revenue growth and margin expansion for Yelp as it remains relatively underpenetrated in local advertising,” Gotla wrote. “The pace of innovation in new advertising products is accelerating and the company is making good progress towards closing the loop for advertisers.”

Yelp shares fell after posting those results, but the stock has more than bounced back. In its third-quarter report, Yelp showed that active local business accounts were up 61 percent year-over-year, which shows that local businesses are increasingly interested in what Yelp’s platform has to offer.

The company hasn’t yet reported fourth-quarter results, but in October it used some strong guidance for revenue and earnings. Analysts are expecting the site to at least break even for the last quarter of 2013. Yelp got a rocky start after its IPO in March of 2012, but it has since grown on investors and the stock’s price has increased over five times its IPO price.