You Will Question Your Sanity in ‘Escape Dead Island’ 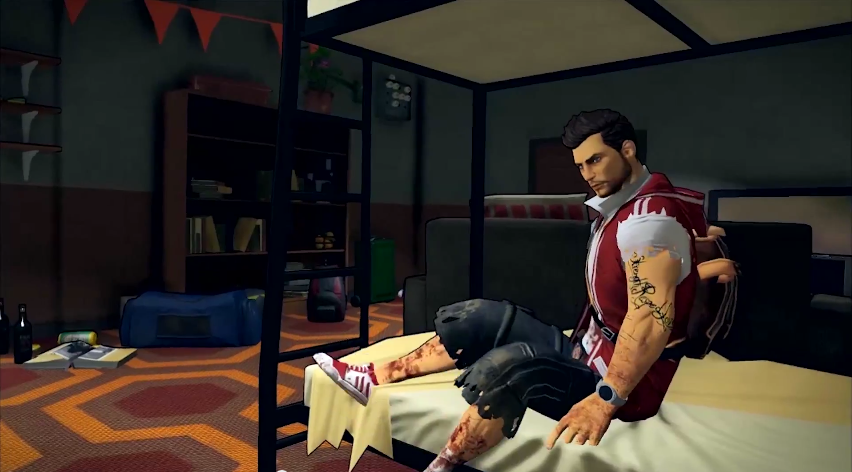 It’s kind of strange for a game company to announce a big title just weeks after the Electronic Entertainment Expo ends, but that’s what developer Deep Silver did on Tuesday. The company has released a trailer for a new game in the Dead Island series called Escape Dead Island. The game is coming this fall to Xbox 360, PlayStation 3, and PC, but you should know that it’s not much like the original Dead Island at all. In fact, based on what we’ve heard, it looks downright insane — literally.

The original Dead Island was a hectic horror game in which you found yourself vacationing on a tropical island when the zombie apocalypse strikes. Mission by mission, you had to move throughout the island, assembling weapons, raising your stats, helping survivors, and shoving through crowds of zombies to achieve your goals. At E3 this year, the company announced a true sequel, called Dead Island 2, which will come out in 2015 and play similarly to the original game.

So what, then, is Escape Dead Island? First off, the game will act as a bridge between the original Dead Island and Dead Island 2. It’s a “survival-mystery” game that focuses a lot more on stealth than on combat. Along the way, writes Deep Silver senior narrative producer Alex Toplansky on the PlayStation blog, the game “will finally reveal the origins of the virus, and even some tantalizing clues as to where the events are going to lead…but it’s going to be up to you to decide what to believe. That’s because this story-driven single player game is played through the eyes of Cliff Calo, who’s watching his world unravel.”

Cliff isn’t your typical action hero-style video game lead. He’s the unruly son of a media mogul, and he wants to make a documentary about the zombie outbreak on the island. To do that, he steals a yacht and heads out with his buddies to the quarantined island of Narapela, a setting that hasn’t been used in any other Dead Island game to date.

Escape Dead Island will be an open-world game, so you can explore the place at your will — although to access some areas, you’ll have to already possess certain items, like a rope or a club. In the original Dead Island, your character was immune to the zombie virus. Here, you’re very much susceptible to it, so you have to be much more careful when you go up against the undead. Stealth and strategic thinking will play a key role in the game’s combat.

But the big thing that sets this game apart from the rest of the series is that it’s told through a subjective viewpoint. As Cliff’s mental state starts to unravel because of the horrors he encounters, he starts to see strange things happening. But since the game takes place from his point of view, his hallucinations are rendered onscreen for you to play through. According to the blog post: “Time distorts and folds in on itself; strange messages appear and impossible events shatter reality. Oceans turn to blood, containers plummet from the clear sky.” Players experience these trippy events as though they’re real. Or perhaps they are real. Figuring out what to believe and what to ignore is part of the mystery of the game.