Your Browser History Just Went Up for Sale

It used to be that privacy was an understood privilege. The Bill of Rights protects your home from being invaded by the government or anyone else, and law enforcement is required to obtain warrants to search you or your possessions. The idea of being tracked for clandestine operations existed only in the plot lines of movies like Minority Report or George Orwell’s 1984.

With the Internet, the idea of privacy has begun to shift a bit. Most of us are used to the idea that cookies on websites track our browser history and follow our online moves. Facebook already makes a killing off of advertising dollars with targeted promotions. But until now, there hasn’t been an all-encompassing Big Brother, publicly tracking your every click. (We’ll leave NSA allusions aside, for now). With the expansion of AT&T’s fiber GigaPower service, that’s beginning to change. It’s just the first wave of paying for the privacy that used to be free, but the mammoth company is already showing privacy is a thing of the past — unless you’re willing to pay for it, that is.

We’ve already talked about how Internet Service Providers (ISPs) and their monopolies are continuing to offer different prices for the same product in varying locations. It’s a dangerous phenomenon for consumers’ wallets and shows little sign of altering course anytime soon. As companies like AT&T seek to recoup some of their investments into newer technologies, they’ll find ways to pass on that cost to consumers. In the wake of that continuing trend, our privacy is up for sale.

AT&T announced it would invest $14 billion in expanding its U-verse network, which includes the company’s GigaPower high-speed service. The investment was for all of the company’s initiatives, not just the fiber network, but the overall goal was to create faster service. During an early April 2015 launch of the fiber network in Houston, the company announced it is eyeing expansion in up to 100 cities and municipalities across the country. The service provides Internet speeds of up to 1 gigabit per second and includes TV hookup as well.

The service isn’t without a price. For those who care deeply about privacy and a company’s ability to track your movements, the toll of the company’s latest pricing plans might have a philosophical cost, not just a monetary one.

Service for AT&T’s U-Verse with GigaPower varies in price depending upon the market. (And, as discussed previously at The Cheat Sheet, whether Google Fiber also offers services in the area). In most cases, the service varies between $70 and $110 per month. But what didn’t come out in the original announcements was that AT&T will be charging an additional fee just so that it doesn’t track and store information about your every move online.

The company maintains that it won’t sell your information, merely “use your individual web browsing information, like the search terms you enter and the web pages you visit, to tailor ads and offers to your interests,” according to its website about the program. The ads might come online, to your email inbox, or your physical mailbox. If you browse for hotel listings in Miami, the company gives as an example, you might receive an ad offering a discount on a car rental there.

It sounds a lot like how Facebook tailors its in-house advertising. But the difference is that AT&T can track you wherever you go online, and can share that information with advertising providers. The company is clear it won’t sell your information. “We will not sell your personal information to anyone, for any reason. Period,” the website states. But Slate author David Auerbach explains the company still makes money with this data. It stores it, shares it with those advertisers, and then makes money off of any sales that follow as a result. 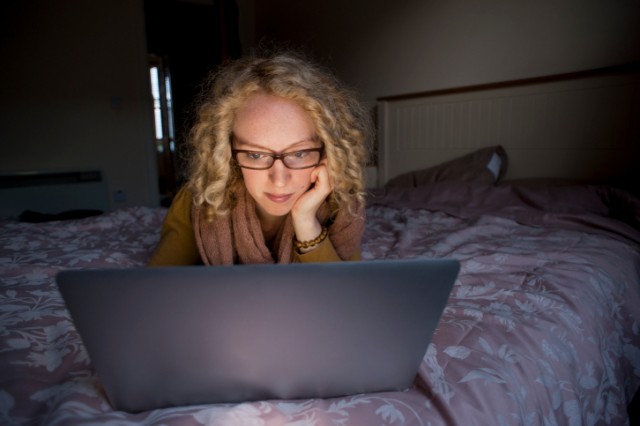 Another difference, Auerbach points out, is that AT&T uses deep packet inspection to follow Internet activity, which “sniffs” all of the traffic that goes over its network. All of your browsing history starts to help AT&T build a profile of you, which is what is shared with advertisers. Unlike restricting tracking measures in Google Chrome or on Facebook, the AT&T service will be all-seeing, and you will have no option to limit it.

The problem with all of this is the cost differential. What is a free opt-in or opt-out sort of procedure on individual websites isn’t the case for AT&T. The company estimates it is about $29 more to purchase a GigaPower standard plan, instead of opting in to the premier, monitored web browsing. Stacey Higginbotham, a writer for Gigaom, went through the hassle of finding a property that was eligible for the product just to compare prices on the service. (AT&T doesn’t list its pricing on a public webpage without an eligible address). With one-time fees eliminated from the premium plan and other differences, Higginbotham found that a plan that keeps your privacy intact will likely cost $44 to $66 more, depending on if you also include TV service.

It’s not that AT&T making money is inherently bad. It might feel icky to have it happen with personal data, but if you give permission for it, a case could be made that it’s not harmful. For those who opt into the program and don’t mind having someone virtually peer over your shoulder every time you’re online, it might not be a problem. But the system sets up an inherent loss for people who do wish to preserve their privacy. That sentiment has grown over the past several years with reports of NSA surveillance, phone taps, and other breaches of public trust.

That aside, AT&T’s system sets up the case where intangibles like privacy become a commodity. To be sure, the ISP won’t be the only one to try something along these lines. And given a few years, it could become the norm. Without any sort of push-back or attempts at regulation for this, the doors are open for companies like Time Warner, Comcast, and others to get in on the monitoring game, too. Any price seems like a steep one to pay for privacy from companies that are now viewed as utilities in the government’s eyes.