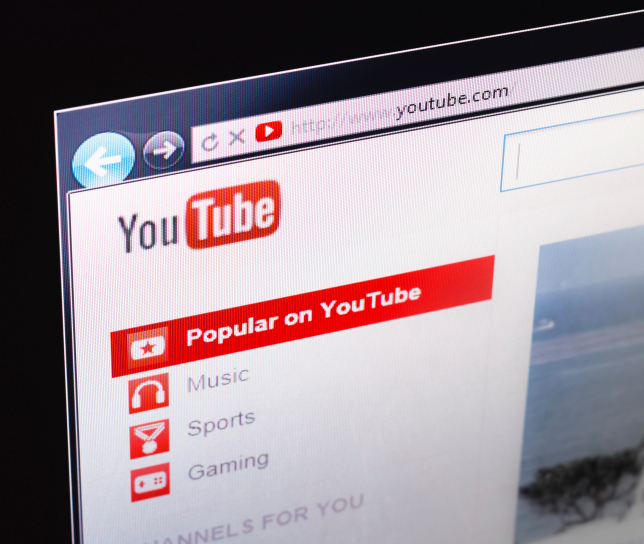 YouTube CEO Susan Wojcicki unveiled new features for YouTube fans and content creators during her keynote at VidCon on Thursday. YouTube, which has been owned by Google (NASDAQ:GOOG)(NASDAQ:GOOGL) since 2006, has two main groups of users: those who create content to distribute on the site, and those who view that content. Most of the changes that YouTube announced are targeted at making it easier for content creators to make better, more popular content. And that’s great for YouTube, which pulls in revenue by placing advertising on popular videos.

According to a post on YouTube’s Creators blog — plus Wojcicki’s keynote — the new features were created to help YouTube content creators “make more [their] videos even more awesome, to reach global audiences and grow [their] businesses on YouTube.” Here’s a look at the new features that will be rolling out to YouTube on varying timelines within the next few months.

The feature, called Fan Subtitles, will encourage bilingual YouTube users to enter subtitles for videos. Mashable reports that Wojcicki told the VidCon audience at the Anaheim Convention Center in California that YouTube’s goal is “to make it that every video uploaded to YouTube will be available in every language.” The feature will also help users who are deaf or hard of hearing. Fans will be able to submit translations based on subtitles and captions provided by the content creator.

A mobile app called YouTube Creator Studio will enable content creators to track their channels’ metrics in real time, versus waiting up to three days to see updated stats, as they have in the past. The app, which is currently available on Android and will launch for iOS in the coming weeks, will also enable content creators to manage their videos. The app will be accompanied by changes to the desktop version of the Creator Studio, as well.

Mashable reports that YouTube will enable content creators to provide direct links to Indiegogo and Kickstarter campaigns. YouTube’s blog post doesn’t mention those direct links, but instead emphasizes another feature that it might hope will replace those outside crowdsourcing campaigns. The site will launch a virtual tip jar, called Fan Funding, that content creators can sign up for to accept contributions of up to $500 anytime. The ability for content creators who are mainly known for their work on YouTube to actually raise financial support on YouTube could prevent them from needing to set up campaigns at Kickstarter or Indiegogo.

YouTube is adding 7,500 sound effects to its Audio Library, plus more royalty-free songs for content creators to use in their videos. The Audio Library previously only included songs, not sound effects, and the new additions are available now.

The feature to support higher frame rates, including 48 and 60 FPS, will show smoother, better pictures to users, and will be especially useful for those who watch video game footage on YouTube. Channels that upload videos from high frame rate titles have asked for the feature in the past, and support will roll out “in the coming months” but can be previewed with some of the videos on the YouTube Creator Channel.

A feature called Creator Credits will let content creators tag the collaborators who contribute to their videos, linking directly to collaborators’ YouTube channels. It sounds like the timeline to launch for this feature is further out than the others, but YouTube’s “vision” for the feature also includes the ability to index content creators, enabling them to search for collaborators based on their work and their location.

YouTube will roll out interactive information cards, which will feature better visual design and can be programmed once to work on desktops, phones, and tablets. Mashable also reports that YouTube cards will overlay videos and enable viewers to click through to a variety of sites to make a purchases — any site from the Google Play Store to third-party retailers.

A new, weekly show on SiriusXM (NASDAQ:SIRI) called “The YouTube 15″ will be hosted by Jenna Marbles and highlight “the biggest names and rising stars in music from YouTube” to drive more viewers to up and coming content creators.

Following the recent addition of playlist analytics, content creators will see as-yet unspecified methods of creating and enabling the discovery of playlists. As YouTube’s blog post puts it, “all the time you spend building them translates into easier discovery for viewers and better results for you.”

YouTube is the world’s biggest platform for online video, so it’s a natural step for the site to provide better resources and more features to the people who make it so successful: its content creators. The decision to let users know about upcoming changes before they roll out also lets content creators plan for the changes the new features will bring to the platform. The cumulative effect of the changes and new features is that content creators will have more options to consider as they work to make their YouTube channels more popular and more profitable.

The Fan Funding feature is an especially smart move, and while it may not have a significant impact on businesses like Kickstarter or Indiegogo, it could be a huge benefit for content creators — both YouTube’s goal with the feature and in the site’s best interest.