4 Stocks Living In a Winter Wonderland 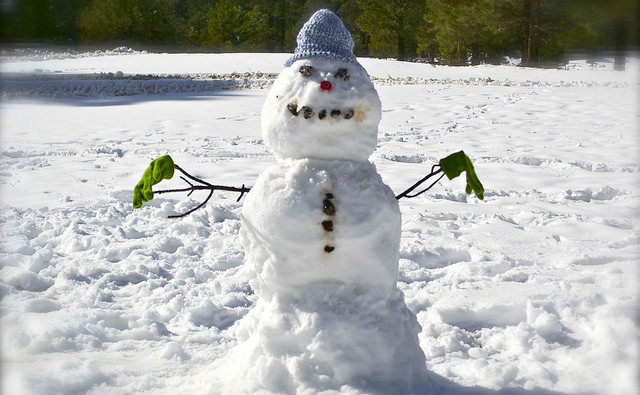 The winter months can be a dicey time for equity markets. There’s the Santa Claus rally, year-end euphoria in the New Year’s countdown, and tax-induced selling through January and February. The atmosphere is thick with speculation on what the next big trends will be and which companies will capitalize on them. Portfolios can shift and re-balance for the coming year rapidly, and based on the market’s mood swings it looks like investors in New York, the Northeast, and the Midwest are getting  a case of cabin fever (thanks a lot, polar vortex).

Much of the New-Year’s euphoria is behind us, but there’s still a lot of vapid conversation to be had about which stocks will do well and which won’t. Will 2014 be another good year for financials? What about big oil? Analysts at Goldman Sachs thinks the industry is finally getting ready to shift up a gear after a few sluggish years. Twitter (TWTR) is king of the tech parade — or bubble, depending on who you ask — and the perennial debate over the future of social media is in full bloom.

But, as the ever level-headed Warren Buffett has said, “you don’t need to be a rocket scientist.” When winter rolls around and massive swaths of the company get wrapped up in a blanket of snow and ice, there are a couple of well-understood seasonal trends — call them bandwagons — that investors can jump on to if they’re looking for a little momentum. Here are five companies to take a look at, each operating a business that uses winter to its advantage.

Generac Holdings is a company that regularly populates seasonal or catalyst-inspired investment lists. The company produces generators and other engine-powered products for residential, light commercial, and even industrial use. This means that when the shit hits the fan, sales go up.

For example, Generac Holdings gained a lot of attention when Hurricane Sandy obliterated the east coast in October of 2012. As the eastern seaboard was flooded, shares of Generac soared, ending the month up nearly 43 percent. The company’s name has come up again as vast swaths of the U.S. get repeatedly blasted with enormous snowfall and terrible cold (thanks again, polar vortex). Generac Holdings historically has a strong first quarter, the three months ended March 31.

Compass Minerals International is another company that historically logs a pretty good first quarter relative to the rest of the year. Operating in North America and the United Kingdom, Compass Minerals International sells the salt that is dumped with reckless abandon on icy roads each winter. The worse the winter, the better it is for Compass Minerals — and this has been one hell of a winter for much of the United States. Beyond simply selling salt, the company produces other minerals such as those for improving water quality and for fertilizers.

Compass Minerals also reported fourth-quarter and full-year earnings this week, but the news wasn’t quite as good as it was for Generac. Shares fell nearly 6 percent as the earnings failed to inspire any confidence in investors that the company could post meaningful growth in the coming quarters. Expectations for the coming quarter is for revenue growth of less than 1 percent and earnings growth of about 5 percent.

However, Compass Minerals President and CEO Fran Malecha begs to differ, saying the earnings release that, “We are entering 2014 with momentum as the strong winter we’ve experienced thus far in our core service territories should establish a more favorable supply-demand balance for the salt industry after two consecutive mild winters.”

Vail Resorts owns a number of ski resorts in California, Colorado, and Nevada, including the highly popular Breckenridge Mountain, Keystone Resort, and, of course, Vail Mountain locations. Vail Resorts pretty much makes it or breaks it in just two quarters of the year because of its dependence on winter vacationing, but the company has made the most out of those two quarters. Shares are up nearly 100 percent over the past two-year period.

But in January, the company reported season-to-date metrics that failed to impress investors. Total life ticket revenue was up 3.9 percent compared to the same period last year, and skier visits were down 0.7 percent. Skier visits at the Tahoe resorts fell by 23.4 percent. “Unfortunately, conditions in Tahoe have been very poor with snowfall down approximately 85% relative to prior year resulting in visitation and guest spending well below our expectations which negatively impacted our overall revenue growth,” commented CEO Rob Katz.

The good news is that season pass sales were up 16 percent, indicating some vitality on the behalf of consumers. Skier traffic at the company’s Colorado and Utah resorts was up 7.4 percent. “Although results in Tahoe have been challenging, the strength of our season pass sales and season-to-date results in Colorado and Utah gives us confidence that we can remain within our fiscal year 2014 guidance range, as we incorporated the potential for challenging weather in our estimates,” said Katz. “However, our confidence is predicated on more normalized conditions returning to Tahoe by our third quarter.”

Among a hundred other machines, Toro makes snow blowers. Importantly, it makes snow blowers for both residential and commercial use, and its earned itself a place as one of the top brands in the country for professional use.

Winter has been kind to Toro so far. Shares are up more than 10 percent over the past three months, helped by a stronger-than-expected earnings report in December. Sales increased 13 percent to $382.4 million in the fourth quarter, beating the consensus estimate of $379 million. Gross profit increased 14 percent on the year and the company’s margin expanded 30 basis points to 33.6 percent. Operating profit doubled to $8.4 million.

Look no farther than the ticker of this company to see why it populates winter investing idea posts. Douglas Dynamics produces snow and ice control equipment for light trucks. Fair warning: the company is small, its business is extremely seasonal, and as a result the stock is fairly volatile. But shares have trended up over the past few years and there is a dividend, which yields 5.7 percent. There are worse crazy ideas out there. The stock was just upgraded to Outperform from Neutral by analysts at Robert W. Baird, so there’s that.