At the request of House Democrats, the non-partisan Congressional Budget Office conducted a study last week resulting in data that illuminates what the current U.S. tax deductions, credits, and exclusions are costing the federal government, and whom they are most significantly affecting. The Democrats argued that tax breaks were serving to help only the wealthy, and the study proved that they were not far off. Here’s what the CBO’s report revealed:

At a time where the federal government continues to accumulate debt and debates how to reduce it, the top ten U.S. tax deductions, credits, and exclusions will cost the federal government roughly $900 billion in 2013 and close to $12 trillion over the next ten years. That number totals about 5.7 percent of gross domestic product. 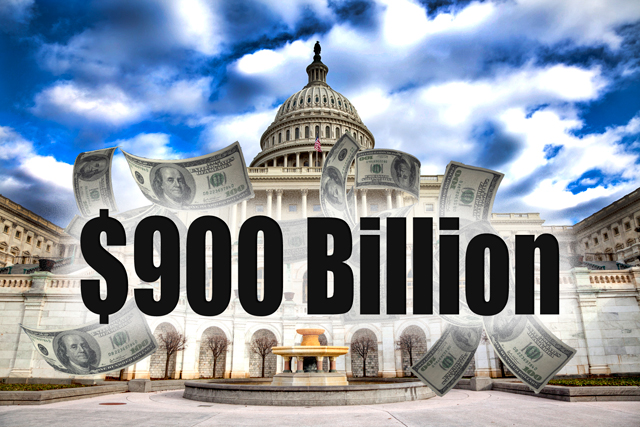 Households in the top 20 percent of U.S. income distribution will receive more than half of the $900 billion in tax break benefits in 2013, while 17 percent of total benefits will go to the top one percent of income earners, families earning roughly $450,000 or more.

Thirteen percent of tax breaks go to households in the middle-earner category, and 8 percent benefit the lowest earners in the nation. The highest-income and the lowest-income households benefit the most from the 10 largest tax breaks, but the numbers on the higher end of the scale are most damaging to the federal government.

The benefits for the largest of the tax preferences, the exclusion for employer-paid benefits, are more evenly distributed, with over half of the benefits going to the middle 60 percent of earners. The middle 20 percent of earners also got the biggest benefit from excluding a portion of Social Security and Railroad Retirement benefits.

The biggest tax expenditure will go to employers that offer health insurance — a break that reduces taxes by $260 billion in 2013. The other most expensive breaks include those for mortgage-interest payments, charitable contributions, and state and local taxes. Unfortunately for lawmakers, these breaks are the ones most appreciated by Americans, making it difficult to cut or reduce them. 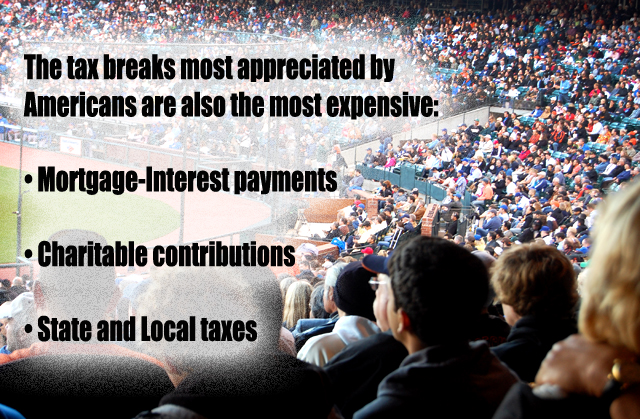 The CBO estimates that the top 10 most expensive tax expenditures will equal about one-third of the total revenue that the government takes in during 2013. 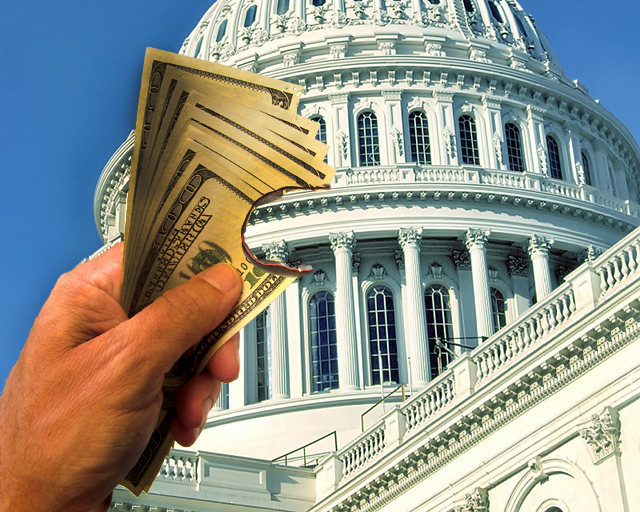 Don’t Miss: How Badly Does America Need to Improve Its Financial Literacy?