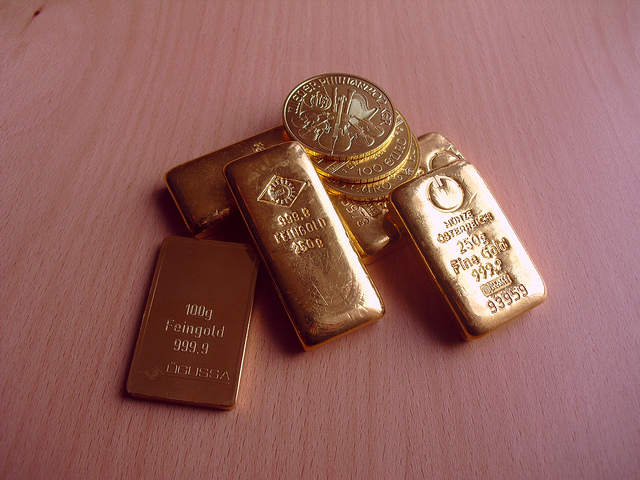 As bullish as I am on the price of gold, I am far more bullish on silver. Silver is the poor man’s gold. It has a richer history of functioning as money because it was more practical to use silver than gold for day-to-day purchases. It was a part of America’s monetary system throughout most of our nation’s history, and it has only been 50 years since the government decided to remove silver from quarters and dimes.

While silver may never be used as money again, I think every investor should hold some silver in his or her portfolio. Like gold, it is a store of value, an inflation hedge, and a hedge against economic chaos. But I think silver offers a better opportunity, and here are seven reasons why.

1. One ounce of gold is currently 61.5 times more expensive than one ounce of silver. However silver reserves (i.e. the amount of silver that mining companies estimate they can extract from the ground) only outnumber gold reserve by a factor of 10.6. Thus, it stands to reason that the gold/silver ratio should be closer to 10.6:1 than 61.5:1. With gold trading at $1,235/ounce, this would put the silver price at $116.50.

3. Most of the gold that is produced is hoarded — only about 400 tonnes goes toward industrial production. More than half of the silver produced — over 14,000 tonnes — goes towards industrial production, and this figure is growing. Trace amounts of silver can be found in virtually every modern-day electronic device, including growing markets such as smart phones and tablets. Furthermore, it is a crucial element in manufacturing photovoltaic cells that are used in solar panels. Because the amount of silver that goes into these devices is generally very small recycling is not economical at the current silver price. Further, producers of these products use so little silver per unit that they can withstand a substantial price increase.

4. Many mining companies that focus on silver production simply cannot make a profit at the current silver price. Companies from Pan American Silver (NASDAQ:PAAS) to Silver Standard Resources (NASDAQ:SSRI) have shown operating losses in this low silver price environment. It stands to reason that if the silver price remains low these companies and many of their peers will cease their operations, and this will limit the supply. On the other hand, while there are exceptions, many of the major gold mining companies can turn operating profits at the current gold price. Furthermore, even if this weren’t the case, because gold is hoarded the gold price is less sensitive to mine output than it is to the silver price.

5. Silver is more appealing to small investors than gold. I can walk into a coin shop with $1,000 and walk out with at least 40 ounces of silver (depending on which coins I buy). I can’t even buy one ounce of gold with that amount. The simple fact that investors can walk out of a coin shop with so much silver makes it far more psychologically satisfying to own.

6. Historically, silver has moved farther and faster than gold in percentage terms. For example since their 2011 peaks silver is down over 50 percent whereas gold is down just over 35 percent. Additionally, in the 1970’s bull markets in silver and gold silver rose 38-fold while gold rose 25-fold. Therefore if you believe that precious metals are going to turn higher in the near future, as I believe that they will, silver should outperform.

7. There is a long history of gold confiscation and restrictions on purchasing or importing gold, and investors may choose silver out of fear that this history could be repeated. For example, in 1934 President Roosevelt signed the Gold Reserve Act which made it illegal for Americans to own gold bullion. This legislation wasn’t rescinded until 1974. For a modern example we can look to India. The Indian government has levied a tariff on gold imports, and while it has backed off somewhat recently the high tariff may lead some Indians to favor silver.