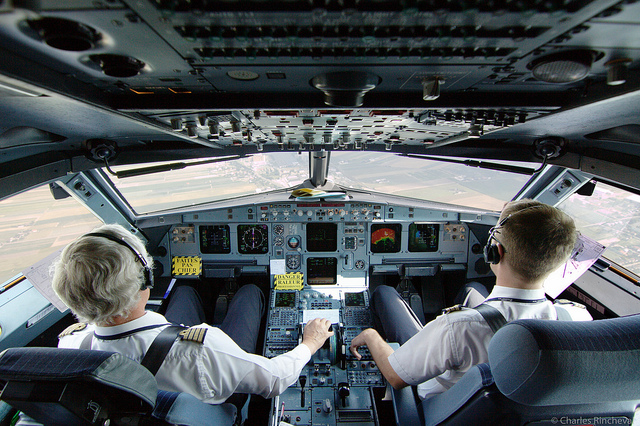 We’ve all been there on that rocky plane ride — clammy hands, heart beating rapidly, teeth clenched, body frozen, while firmly bracing the armrests. The sky outside is dark and the interior fuselage rattles incessantly until another quick jerking moment of turbulence has once again sucked the air out of your lungs. The rational part of your brain tries to assure you that this is normal choppy weather and will shortly transition to calm blue skies. The irrational and emotional part of our brains (see Lizard Brain) tells us the treacherous plane ride is on the cusp of plummeting into a nosedive with passengers’ last gasps saved for blood curdling screams before the inevitable fireball crash.

Well, we’re now beginning to experience some small turbulence in the financial markets, and at the center of the storm is a collapsing Argentinean peso and a perceived slowing in China. In the case of Argentina, there has been a century-long history of financial defaults and mismanagement (see great Scott Grannis overview). Currently, the Argentinean government has been painted into a corner due to the depletion of its foreign currency reserves and financial mismanagement as evidenced by an inflation rate hitting a whopping 25 percent rate.

On the other hand, China has created its own set of worries in investors’ minds. The flash Markit/HSBC Purchasing Managers’ Index (or, PMI) dropped to a level of 49.6 in January from 50.50 in December, which has investors concerned of a market crash. Adding fuel to the fear fire, Chinese government officials and banks have been trying to reverse excesses encountered in the country’s risky shadow banking system. While the size of Argentina’s economy may not be a drop in the bucket, the ultimate direction of the Chinese economy, which is almost 20x’s the size of Argentina’s, should be much more important to global investors.

At the end of the day, most of these mini-panics or crises (turbulence) are healthy for the overall financial system, as they create discipline and will eventually change irresponsible government behaviors. While Argentinean and Chinese issues dominate today’s headlines, these matters are not a whole lot different than what we have read about Greece, Ireland, Italy, Spain, Portugal, Cyprus, Turkey, and other negligent countries. As I’ve stated before, money goes where it’s treated best — and the stock, bond, and currency vigilantes ensure that this is the case by selling the assets associated with deadbeat countries. Price declines eventually catch the attention of politicians. Remember the TARP vote failure of 2008?

Is This the Beginning of the Crash?

What goes up must come down — right? That is the pervading sentiment I continually bump into when I speak to people on the street. Strategist Ed Yardeni did a great job of visually capturing the last six years of the stock market (below), which highlights the most recent bear market and subsequent major corrections. Noticeably absent in 2013 is any major decline. So, while many investors have been bracing for a major crash over the last five years, that scenario hasn’t happened yet.

The S&P chart shows we appear to be due for a more painful blue (or red) period of decline in the not-too-distant future, but that is not necessarily the case. One would need only to thumb through the history books from 1990-1997 to see that investors lived through massive gains while avoiding any -10 percent correction — stocks skyrocketed +233 percent in 2,553 days. I’m not calling for that scenario, but I am just pointing out we don’t necessarily always live through -10 percent corrections annually.

Even though we’ve begun to experience some turbulence after flying high in 2013, one should not panic. You may be better off watching the end of the airline movie before putting your head between your legs in preparation for a nosedive.