How Badly Does America Need to Improve Its Financial Literacy? 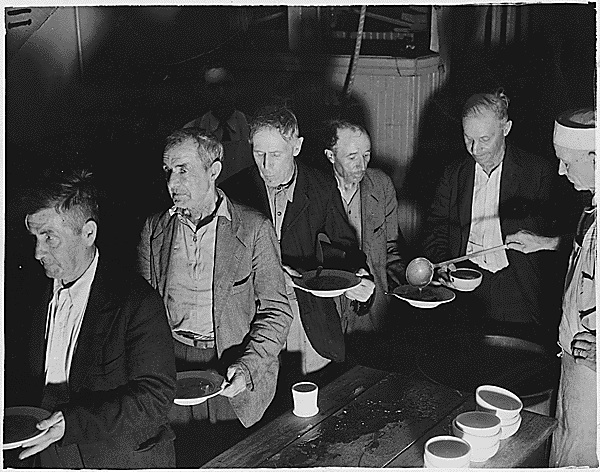 The Great Recession technically ended in the summer of 2009, as the economy rebounded and started to expand. Since the trough of the credit crisis, unemployment and consumer confidence have both made progress. However, many people are still struggling to improve their own financial situation.

Nineteen percent of Americans are spending more money than they make, according to a new report from the Financial Industry Regulatory Authority’s Investor Education Foundation. This shows only a slight improvement from 20 percent in 2009, the first year the foundation conducted the financial capability study. Thirty-six percent of Americans are breaking even, leaving little or no money for savings. Only 41 percent said they spend less than their income.

The survey was conducted over a four-month period last year and polled more than 25,000 respondents across all 50 states.

Making matters worse, many people lack a cushion against unexpected financial shocks. More than half of Americans do not have an emergency savings fund. Considering this, it is not too surprising to find that 22 percent said they overdraw their checking accounts occasionally, while 13 percent claimed they were late on their mortgage payments more than once.

“This survey reveals that many Americans continue to struggle to make ends meet, plan ahead, and make sound financial decisions — and that financial literacy levels remain low, especially among our youngest workers. No matter how you slice and dice it, this rich, new dataset underscores the need for us to continue to explore innovative ways to build financial capability among consumers,” said FINRA Foundation Chairman Richard Ketchum.

With stagnant wages and rising living expenses, many people are still only making the minimum payments on their credit cards. Thirty-four percent of Americans in the survey said they pay the minimum on credit card bills, compared to 40 percent in 2009. Furthermore, 16 percent have been charged a late fee, while 11 percent used a credit card for a cash advance. Eight percent said they were charged a fee for exceeding their credit line.

Paying just the minimum amount due on a credit card increases borrowing costs, but many Americans are not even taking the time to compare credit card offers. Thirty-three percent of people said they shopped around for credit cards, while 61 percent did not.

While there are many factors impacting personal finances across the nation, Americans can improve their situation through knowledge. The study asked participants five simple questions covering aspects of economics and finance. As one might imagine, the results were not encouraging. Only 39 percent answered four or more questions correctly. Meanwhile, 61 percent missed at least two of the questions, slightly worse than 58 percent in 2009. 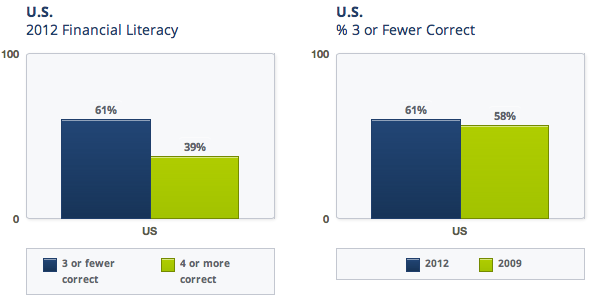 The 5 questions used in the survey are listed below, with the answers appearing at the bottom: