Is Apple Dropping the New iPhone Curtain Next Month? 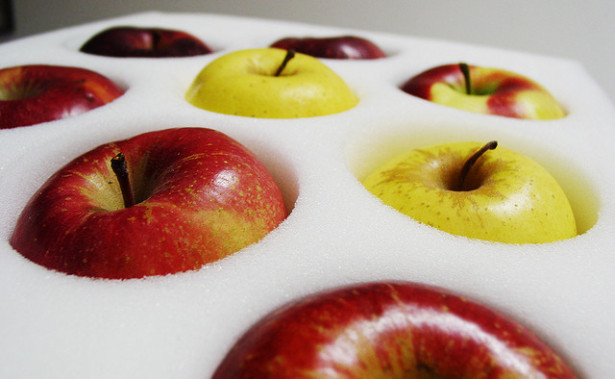 Apple (NASDAQ:AAPL) product announcements routinely drown in speculation. Any given rumor about the company’s latest and greatest — whether it’s the screen for the iPad 5 or the camera on the iPhone 5S — attracts a huge amount of attention, no matter how dubious. The iWatch has been a favorite topic of speculation over the past few months as investors and consumers alike investigate what the next product-defining iGadget could look like.

But while speculating on new product features satisfies the futurist cravings in us all, the most substantive rumors (however much of an oxymoron that is) are not about what a new product is like, but when a new product will be released. On that note, AllThingsD has news: sources tell the publication that Apple may unveil the next iteration of the iPhone just a few weeks from now on September 10.

A reveal in September would thrust the device into the spotlight just about a month before the company reports its fiscal fourth-quarter earnings, and could edit investor assumptions about earnings for the coming fiscal year. Analyst Steve Milunovich from UBS has estimated that a low-cost iPhone could sell as many as 92 million units in fiscal 2014, accounting for 53 percent of total iPhone sales.

Such a low-cost iPhone — ostensibly named the iPhone 5C, according to some rumors out of China — could go a long way toward revitalizing earnings growth, which has been negative for the past two quarters. The iPhone is by and large the company’s largest breadwinner accounting for more than 50 percent of total revenues and still growing more than 10 percent on the year.

This is important to keep in mind for a couple of reasons. A lower-cost iPhone could address concerns that Apple is being outgunned by the dynamic duo of Samsung (SSNLF.PK) and Google (NASDAQ:GOOG) in developing markets. Apple may be the undisputed king at the high-end but many analysts have suggested that the market is nearing saturation. If the company wants to grow sales and expand its ecosystem, it’s going to need to attract customers whose wallets are not quite as thick. Depending on sales of older iPhones at the low-end — even if legacy phones retain a lot of value — can only get the company so much share in new markets.

The latest data from market research firm IDC shows that Apple’s iOS maintained a second-place position in the global smartphone market in the second quarter of 2013. iOS took a 13.2 percent share of the market, down from 16.6 percent in the year-ago period. This is nothing to scoff at, but Google’s Android system — largely distributed on the back of Samsung devices — took a 79.3 percent of the market, up from 69.1 percent in the year-ago period.

Even Windows Phone — the iOS championed by Microsoft (NASDAQ:MSFT) and distributed to a large degree through several flagship Nokia (NYSE:NOK) phones — increased its market share at a faster rate than Apple in the second quarter. Microsoft pumped its share of the market up to 3.7 percent of the market, up from 3.1 percent in the year-ago period.

“The iOS decline in the second quarter aligns with the cyclicality of iPhone. Without a new product launch since the debut of the iPhone 5 nearly a year ago, Apple’s market share was vulnerable to product launches from the competition,” stated Llamas. “But with a new iPhone and revamped iOS coming out later this year, Apple is well-positioned to re-capture market share.”

Getting that iOS in the hands of as many people as possible — i.e. expanding its ecosystem — should be one of Apple’s top priorities, hence the pressure for a lower-cost iPhone that can appeal to millions in emerging markets and even many within the U.S. where Apple is dominant at the high-end but faces brutal competition from the Android platform at the low end.

So should we expect the next big thing on September 10? Cautious optimism may be the best position to take. The credibility of the speculation is still unclear, but a product announcement wouldn’t be totally unsurprising. As CEO Tim Cook stated in the last earnings call, which is consistent with Apple’s history: “We will announce things when we are ready.” This is just as true for entirely new products as it is with updating existing products.

On the last call, Milunovich asked if Apple CFO Peter Oppenheimer could “clarify whether in your fiscal fourth quarter guidance you have any of these new products shipping in the quarter?”

Oppenheimer responded: “Steve, that’s not something that I can comment on.”