Planning for Retirement? Social Security Will Cramp Your Style 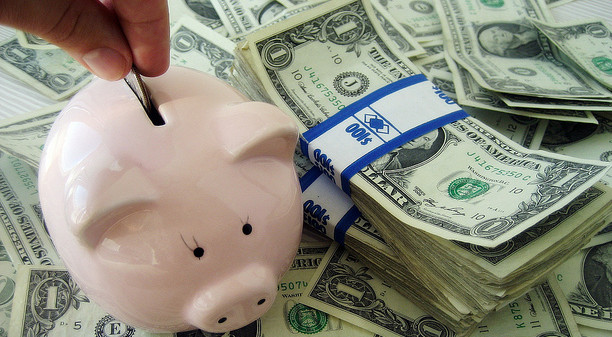 There’s a lot to be said about the aggregate retirement situation in America right now. According to a report published last year by Iowa Senator Tom Harkin, Americans are running a collective retirement income deficit — the difference between what people have save and what they should have saved — of $6.6 trillion.

Half of Americans have less than $10,000 in savings, according to the report, and a full 92 percent believe that there is a growing retirement crisis. (Savings estimates tend to vary wildly.) By and large, the data supports the pessimistic theory that there is a retirement crisis brewing. The personal savings rate in the United States right now is about 4.5 percent, nearly half the rate recommended for those with 40 years left until retirement.

Retirement savings accounts such as IRAs, 401Ks, and pensions are grievously underfunded — and persistently high long-term unemployment, which has forced millions of Americans to tap savings in order to pay for day-to-day needs, has exacerbated the problem.

To put it lightly, the Social Security system is a massive Frankenstein monster — exceedingly dense both financially and politically, and the oldest members of the baby boomer generation (those born in 1946) are now 67 years old and eligible to begin collecting retirement benefits from the system. It’s unclear that the beleaguered system — pillaged, under-funded, mismanaged — will be able to serve the needs of these people.

In June, the Board of Trustees of the Federal Old-Age and Survivors Insurance and Federal Disability Insurance Trust Funds delivered its 2013 annual report to Congress. The report was intended to inform Congress about the current state of the Old-Age, Survivors, and Disability Insurance (or, OASDI, “the familiar Social Security social insurance program into which participants make payroll contributions based on earnings”) and projects forward to the best of its abilities the health of the programs in the future. These programs fall under the umbrella of Social Security.

At the end of 2012, the OASDI program was providing benefit payments to approximately 57 million people. This group consisted of 40 million retired workers, 6 million survivors of retired workers, 11 million disabled workers, and all of their dependents. Total expenditures for the year were $786 billion.

On the other side of the equation, total income — i.e. taxes collected that are appropriated for the OASDI program — was $840 billion, consisting of $731 billion in non-interest income and $109 billion in interest earnings.

From here, the future is not too hard to predict. The baby boomers are aging and life expectancy is increasing — there will be more people retired for longer in the future — and Social Security expenditures will increase at a faster rate than the program can be funded.

“Beginning in 2021,” reads the report, “annual cost exceeds total income and therefore reserves begin to decline. The dollar level of the combined trust fund reserves declines beginning in 2021 until reserves are depleted in 2033.”

The report explained why. “The projected OASDI annual cost rate increases from 13.95 percent of taxable payroll for 2013 to 16.98 percent for 2035 and to 18.01 percent for 2087, a level that is 4.77 percent of taxable payroll more than the projected income rate for 2087.” In short, unless taxes are increased or spending is cut, the OASDI program will not be able to satisfy its obligations.

So, what does this mean for someone gearing up for retirement? Most of the proposals on the table have a tangible impact for pretty much every America. From the report:

“For the combined OASI and DI Trust Funds to remain solvent throughout the 75-year projection period: (1) revenues would have to increase by an amount equivalent to an immediate and permanent payroll tax rate increase of 2.66 percentage points (from its current level of 12.40 percent to 15.06 percent); (2) scheduled benefits during the period would have to be reduced by an amount equivalent to an immediate and permanent reduction of 16.5 percent applied to all current and future beneficiaries, or 19.8 percent if the reductions were applied only to those who become initially eligible for benefits in 2013 or later; or (3) some combination of these approaches would have to be adopted.”

The problem with both of those solutions, or even some combination of the two, is that they negatively impact one or both of the parties involved. Either those paying into the program must pay more, or those receiving must receive less (or both). Even at a glance it’s easy to see that increasing taxes or reducing payments will meet a tremendous amount of resistance.

Alternative proposals do exist, but to be clear, there doesn’t appear to be a totally pain-free solution. Editing Social Security means editing society. Either young people assume a greater responsibility for the elderly and disabled, step up to the financial sacrifice, and pay more into the system — or the retired and disabled make do with less, which would be devastating given the current poverty rate among the elderly.

Or, as Donald Fuerst, the Senior Pension Fellow at the American Academy of Actuaries, proposed to Congress in May of this year — increase the age of retirement. From his testimony, he stated the following. ”Social Security’s Old-Age and Survivors Insurance (OASI) challenges stem from our population demographics: Partly from lower birth rates and immigration levels, and in part from Americans living longer.

To make a long story short, Fuerst proposes increasing the full retirement age in increments up to as high as 70. “This would reduce the long-range actuarial deficit by about one-third. Further reductions of the long-range deficit would require a rate of increase more rapid than one month every two years.” If this seems radical to you, you may be in the minority. More and more, people are actually expecting to work past the age of 70.

According to a study conducted by the MetLife Mature Market Institute, in 2007, just before the crisis hit, boomers who were still working expected to retire at an average age of 66.3. In 2011, the average expected age of retirement among working boomers increased to 68.6, and in 2012, the target age climbed to 71.2. The reasons for this increase run the gamut, from economic necessity to boredom, but the implication is the same — Americans are expecting to work longer.

Here’s how the markets traded on Friday: