Remembering 9/11: How the U.S. Coped With the Financial Setback 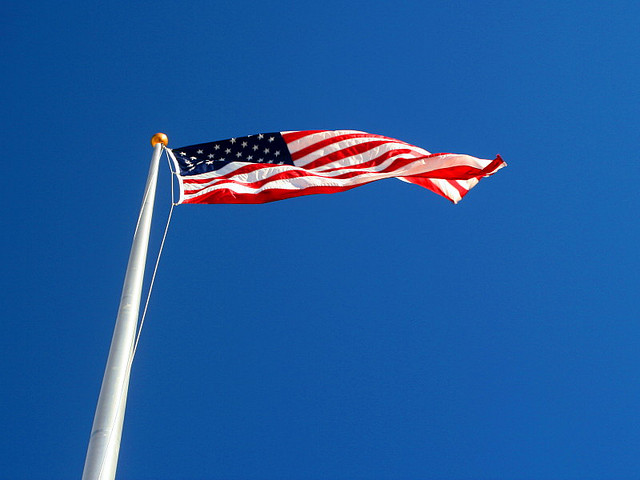 Twelve years ago on Wednesday, four passenger airliners were hijacked as part of a coordinated terrorist attack launched by Al Qaeda. Two of the those planes — American Airlines Flight 11 and United Airlines Flight 175 — crashed into the North and South towers of the World Trade Center at 8:46 a.m., EDT, and 9:03 a.m. respectively. The third hijacked plane, American Airlines Flight 77,  crashed into the Pentagon and the fourth, United Airlines Flight 93, crashed in a field near Shanksville, Pennsylvania after its passengers attempted to overcome the hijackers. Excluding the 19 hijackers, the attack resulted in the death of 2,977 people, of which a great majority were civilians.

September 11, 2001 is now a date that will live in infamy in the history of the United States. More people perished that day than the number who died in the Japanese attack on Pearl Harbor and it was the highest one-day death toll on American soil since the Battle of Antietam during the Civil War. The attack spawned two wars in Iraq and Afghanistan, which have left another 6,000 Americans dead — and it left a permanent mark on almost every part of American life: from new travel restrictions to the Patriot Act to the American financial system.

In Lower Manhattan, the physical scars of the attack have begun to diminish. The new World Trade Center, a memorial to the complex that was destroyed, has begun to take shape, with the 1,776-foot skyscraper — 1 World Trade Center — now the tallest building in the Western hemisphere. But the United States States, as an institution and as a people, is still feeling the aftereffects of a decade of upheaval. The attack on American soil left the country feeling more vulnerable than it had since Pearl Harbor, ushering in an new era of overseas intervention that launched a wave of anti-Americanism. It pushed defense spending to 20 percent of the federal budget by 2010, sending shock waves through the financial markets.

In a certain sense, it’s easy to categorize how the terrorist attack changed America. The United States and many Western countries launched a physical battle against international terrorism that eventually left the consensus of their people fractured, sending many men and women to the Middle East. What is sometimes forgotten in the overwhelming tragedy is that the attack was aimed at the heart of the American financial system.

As Osama bin Laden acknowledged in video released later in 2001, “the Twin Towers were legitimate targets, they were supporting US economic power. These events were great by all measurement. What was destroyed were not only the towers, but the towers of morale in that country.”  At the time of the attack, the World Trade Center housed more than 430 companies from 28 countries, including Lehman Brothers, Morgan Stanley (NYSE:MS), Chicago Board Options Exchange (NASDAQ:CBOE), Commodity Futures Trading Commission, and the New York Stock Exchange.

The destruction of the World Trade Center succeed in causing billions of dollars of destruction and a serious challenge for U.S. policymakers at the Federal Reserve. After 9/11, the stock market was closed until September 17, and when trading resumed, the Dow Jones Industrial Average sank 684 points, or 7.1 percent. The S&P 500 plummeted 4.9 percent on that first day. However, the markets bottomed out five days later and returned to pre-9/11 trading levels 19 days later.

“Thinking back to my academic years before coming to St. Louis, I recall no discussion or journal articles analyzing the possibility that the payments system might crash because of physical destruction,” said William Poole, president of the St. Louis branch of the Federal Reserve, in a 2006 speech.

“But that is what nearly happened [after 9/11], because the Bank of New York, a major clearing bank, was disabled when the twin towers came down. Moreover, trading closed in the U.S. Treasury and equity markets, and banks were unable to transfer funds because the Bank of New York was not functioning. With normal sources of liquidity shut down, many banks faced the prospect of being unable to meet their obligations.”

Federal Reserve policymakers responded by flooding the financial system with, what was at the time, record-shattering amounts of liquidity and lowering the federal funds rate, decisions that helped limit the financial damage and reinforced the central bank’s important role as a lender in times of crisis. “Only the Fed can create money out of thin air in these crises when everyone panics and liquidity dries up,” said former Fed economist David Jones told Fox Business. “Thanks to the Fed, whose liquidity trumps all in a crisis, we had remarkably little financial instability given how big the 9/11 crisis was.”

The central bank’s actions mitigated the financial effects of the 9/11 attacks, which now pale in comparison to the problems the financial crisis created just a few years later. Policeymakers’ efforts in 2001 foreshadowed decisions the Fed made just seven years later during the worst crisis since the Great Depression.

Still, even though “Federal Reserve monitored threats to financial stability and responded when the financial system was upset by” the 2001 terrorist attacks, as Chairman Ben Bernanke noted in July 2013 speech on the 100-year history of the central bank, the financial crisis and the ensuing Great Recession forced the Fed to relearn an important lesson – ”severe financial instability can do grave damage to the broader economy.”

While the causes of the 2007 to 2008 financial crisis are varied, it cannot be forgotten that the years of low interest rates after 9/11, or “easy money“ policy, provided the necessary prerequisite for the housing boom. When the housing market bubble burst, it caused a credit crisis and left financial institutions stuck with securities that had lost much of their value, an event that sent shock waves through the banking industry and the stock market, leading to an 18-month recession that has forever changed how Americans regard the banking industry.

Crisis — both the financial disaster and the tragedy that was 9/11 — have fundamentally changed America. While not all changes may be for the best, they have a commonality: the ‘never again’ attitude. It cannot be denied that line of thinking among top government officials created a decade of international interventionism and controversy, but it also cannot be denied that it adjusted the thinking of financial regulators.

After the financial crisis, politicians and regulators searched for a means to repair the structural problems within the international banking system in order to insure that similar financial meltdown would never happen again. If the gains the stock market has made throughout much of 2013 is any indication, Wall Street has rebuilt itself just as New York has, even if much Wall Street owes a great deal to the American taxpayer.

The effect that 9/11 had on individual lives will never be erased, and the effects of the financial crisis still haunt the lives of the American public, but if events such as these did not have such long shadows, there would be less time to create change.

Don’t Miss: Li Keqiang: China Will Press Ahead With Reforms.