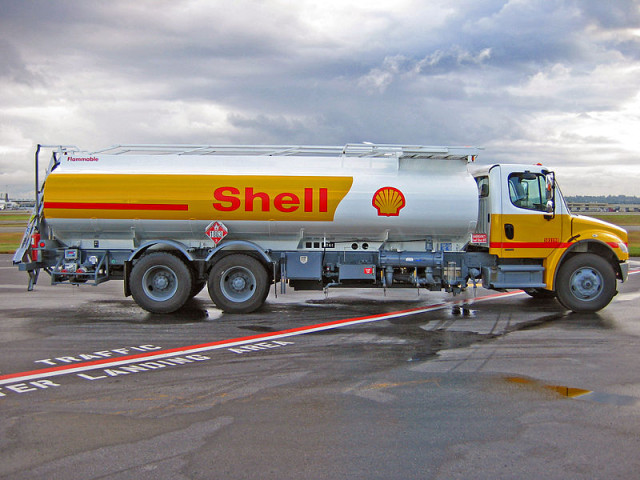 Royal Dutch Shell (NYSE:RDS.B) reported a 71 percent decline in net-profit in the fourth-quarter when it released its earnings statement on January 30, 2014. The company cited risings costs for exploration, higher depreciation, flagging production, and weak downstream conditions as reasons for the enormous drop.

The results were not a huge surprise since Shell announced two weeks ago that it expected its numbers would be significantly down for the last quarter of 2013. Shell’s oil production declined by 5 percent in 2013 to 3.25 million barrels per day due to well shut-ins from security issues in Nigeria, as well as natural decline in many of its oil fields. Separately, ExxonMobil also reported a dip in earnings as production declined 1.8 percent on an oil-equivalent basis.

The big news was Shell’s decision to call off its Arctic exploration program this summer for yet another year. A Court of Appeals decision from January 22 ruled that the U.S. Department of Interior violated the law when it auctioned off exploration blocks in the Chukchi Sea. The ruling threatens to derail Arctic oil exploration entirely, but the immediate implications are unclear.

Shell’s new CEO Ben van Beurden explained that Shell would hold off due to the uncertainty. “[T]his is a disappointing outcome, but the lack of a clear path forward means that I am not prepared to commit further resources for drilling in Alaska in 2014. We will look to relevant agencies and the court to resolve their open legal issues as quickly as possible.” The company has blown more than $5 billion and its campaign has resulted in multiple false starts, a mistake-ridden summer of exploration in 2012, followed by two more years of inactivity.

Related article: More Trouble in the Arctic for Shell

As I wrote a week ago, Shell’s problems are telling and may be indicative of a large trend afflicting the majors. Shell ramped up capital expenditures in the last few years to go after “elephant projects,” oil fields that were hard to reach, expensive, and technically and geologically difficult to access. Last year, Shell’s CapEx surpassed $46 billion, 50 percent higher than the year before. Shell’s former CEO Peter Voser justified the outlays by arguing that for a company with Shell’s engineering prowess, it could get a leg up on its competitors by tapping into previously inaccessible areas that the rest of the industry wouldn’t be able to handle.

Shell’s new CEO Ben van Beurden has promised a much more conservative approach. He said that he will not go after the “elephant projects” of the past — which drain huge sums and have a lower probability of success. He plans to cut CapEx from $46 billion to $37 billion. He also wants to divest from some $15 billion worth of assets to raise cash, which included an announcement on January 29 that it is selling a $1 billion stake in a Brazilian oil project to Qatar.

Van Beurden explained that, “We are making hard choices in our worldwide portfolio to improve Shell’s capital efficiency.” In an attempt to allay investors’ concerns, Shell proposed raising its first quarter dividend to $0.47 per share, a 4 percent increase. Some market watchers think that as van Beurden recently took the helm, he is simply dumping all the bad news at once to get it over with, in which case, Shell’s business should be OK moving forward.

Van Beurden said that future investments will be “dominated” by LNG projects in places like Brazil and the Gulf of Mexico.