The Complete Cheat Sheet to Tax Changes for 2014 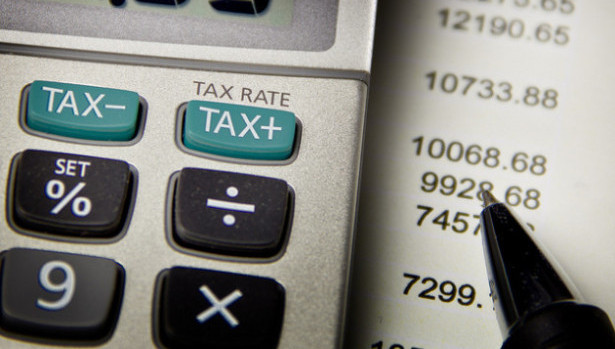 It seems fair to classify the U.S. tax code as an abomination created by Congress and handled by the Internal Revenue Service. Americans spend six billion hours each year — nearly 25 hours for each adult, or 3 million people working full-time for the year — dealing with it, most of it undoubtedly spent either in a blind rage or soul-crushing melancholy. This isn’t even the worst news.

The worst news is that it’s, well, getting worse. The U.S. tax code is already 4 million words long (this would fill nearly 74 thousand standard-sized sheets of paper) and it’s getting longer pretty much every day. In 2012, the National Taxpayer Advocate reported that there had been approximately 4,680 changes to the tax code in the past 11 years, more than one per day.

This has made it pretty much impossible for policymakers and tax professionals — let alone the average citizen — to stay abreast of the current tax environment. Nearly 60 percent of Americans pay a professional to prepare their taxes for them, making the complexity of the tax code another kind of tax in and of itself. The National Taxpayer Advocate argues that the most serious problem facing taxpayers is the complexity of the tax code.

The good news is that most people don’t need to worry about most parts of the tax code. Here’s a guide to some of the major changes (and non-changes) for 2014 that will impact almost every filer.

There’s a certain alchemy to taxes, but really, the biggest hit that most individuals receive is from the personal income tax. This is also where the government makes most of its money, collecting about 60 percent of total revenue from the personal income tax. Since it’s probably your biggest tax liability, it’s worth knowing which tax bracket you fall into. Remember that 2013 saw the addition of a new top tax bracket, which is sticking around for the foreseeable future.

Income tax brackets have once again changed — and, for the most part, for the better. The caps for each bracket have been raised so it’s possible, if your income doesn’t increase significantly, that when you file your fiscal 2014 taxes, you’ll fall into a lower bracket than when you filed in 2013.

Itemized deductions are also subject to a phaseout rule similar to the personal exemption phaseout rule, except the reduction is 3 percent of the amount of income you earn that exceeds the threshold (same as above), or 80 percent, whichever is lower. However, there are three big exceptions to be aware of: deductions claimed for medical expenses, investment interest, or for casualty or theft losses are unaffected.

The 2014 standard deduction amounts are listed below.

Those who are aged 65 years or older and those who are legally blind can increase their standard deduction by $1,550 if they are filing as a single or as a head of household, and by $1,200 if they are married filing jointly, separately, or a qualifying widow.

Not a lot about retirement account contribution limits has changed between 2013 and 2014 (knock on wood), but it’s these limits are some of the most important pieces of tax-related information you can know. For the record, contribution limits are indexed to inflation, but, as the IRS put it, “Some pension limitations such as those governing 401(k) plans and IRAs will remain unchanged because the increase in the Consumer Price Index did not meet the statutory thresholds for their adjustment.”

Finally, the income limit for the saver’s credit was bumped up to $60,000 for married couples filing jointly, $45,000 for heads of households, and $30,000 for married people filing separately or single filers.

Think you can deduct your way to a tax-free 2014? Well, think again. The introduction of the alternative minimum tax made it (theoretically) impossible for wealthier Americans to game the tax system and totally eliminate their tax liability through the abuse of deductions. To make a long story short, if you earn less than the following amounts by filing status, you don’t need to worry.

If you earn more than this, or if you’ve claimed any of about two-dozen specific deductions (find out which ones at the IRS website), you need to fill out the dreaded form 6251. This form calculates income tax differently than normal, primarily through the exclusion of certain deductions. If you end up owing more in income tax through form 6251 than you do through the normal calculation, then you must pay the difference as an additional tax.

Those of you who are married with children should definitely make sure to check whether or not the AMT applies to you. The AMT does not allow for personal exemptions, meaning you can’t deduct your children (or yourselves.)