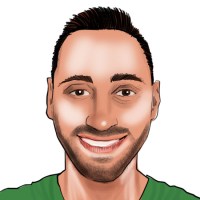 Jeff Nelson joined Showbiz Cheat Sheet in 2021, but he’s been writing about film for nearly a decade. He loves to cover Marvel Cinematic Universe (specifically Fantastic Four and anything having to do with The Silver Surfer), as well as horror films and indie films. He’s always excited to cover the next best movies from the film festival circuit.

When he’s not covering a story, Jeff still likes to stay up to date on all aspects of the film industry. He also enjoys keeping up with the news surrounding the LGBTQ+ community, as well as playing video games in his free time.

Jeff earned his bachelor’s in cinema and television arts with an emphasis on media management, as well as his master’s in sociology, from California State University, Northridge. While pursuing his master’s, he earned the Top Graduating M.A. Degree award and placed second in both the quantitative and qualitative research graduate conferences. He has also been MPAA accredited as a film critic and has published work with Screen Rant and DVD Talk. Those who like Jeff’s work can check him out on Twitter or LinkedIn.

‘The Quiet Girl’ Movie Review: A Superlative Irish Coming-of-Age Drama That Will Move You to Tears

‘Saturday Night Live’: Robin Williams Wanted to Do a Prank for Bobby Moynihan’s First Night That Terrified Him

‘The Quiet Man’: The 1 Scene John Wayne and Maureen O’Hara Had to Get in a Single Take or He ‘Would Have Strung Us Up by Our Toes’

‘Jeopardy!’ Fans Reacted to the ‘Weirdest Guests in the Show’s History’ in This Awkward Introduction

‘The Cowboys’: John Wayne Gave Bruce Dern Permission to ‘Kick the S***’ out of Him to Scare Child Actors

‘Friends’: Charlie Sheen Was ‘Rattling’ With Such Nervousness, He Needed His Brother to Give Him a Back Rub to Calm Down

‘Jeopardy!’ Fans Are Cracking Up Over ‘Current Slang’ Category Including ‘Yeet’ Response

‘The Quiet Man’: Maureen O’Hara Broke Her Wrist After Trying to ‘Sock’ John Wayne in the Jaw

‘Saturday Night Live’: Conan O’Brien ‘Felt Sorry’ for Mike Myers When He Tried to Talk Him out of ‘Wayne’s World’

‘Friends’: How The Beatles Inspired the Theme Song ‘I’ll Be There for You’

‘Jeopardy!’: Alex Trebek Was ‘Infuriated’ When Contestants Had Low Winnings, Including Ken Jennings

What ‘Jeopardy!’ Looks for When Casting Their Contestants

‘The Searchers’: John Wayne and Jeffrey Hunter Picked Natalie Wood up From High School During Production

‘The Shootist’: John Wayne Demanded Reshoots Because He Refused to Ever Shoot a Man in the Back

‘Gunsmoke’ Producer Revealed CBS Sabotaged the Show to Cancel It

‘Jeopardy!’ Contestant Reveals What It’s Like to Do ‘Epically’ Bad on the Show

‘Jeopardy!’: 1 Contestant Broke the Most Sacred Rule and Had His Prize Winnings Revoked

‘Jeopardy!’: What Do Contestants Do During the Commercial Break?

‘The Queen’: Helen Mirren Wrote a Letter to Queen Elizabeth II Before Playing the Oscar-Winning Role