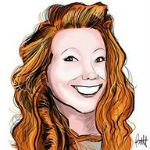 Lauren Weiler is a longtime Survivor aficionado, and has even gone so far as to plan her own audition tape for the show. When she’s not writing about the latest news from the Jeff Probst universe, she covers other reality TV including Counting On and MTV’s The Challenge. Lauren is fascinated by people’s interpersonal lives, and reality TV enables her — and her readers — to follow the story arcs of real people. She joined Endgame360 in 2016 and has been covering entertainment on Showbiz Cheat Sheet since 2018.

When she’s not checking in on the Duggar dynasty on Instagram, Lauren spends her time working on her first novel. She’s written multiple chapbooks of poetry and prose and has had her work published in a number of literary magazines, including Willard & Maple, from which she won their poetry award in 2013. She’s also been an opening poet for Buddy Wakefield and Clementine Von Radics. She participates annually in the Young Writers’ Conference and studied Professional Writing at Champlain College. See more from Lauren on her Muck Rack profile.

‘The Challenge’: Another Spinoff Allegedly in the Works With Paramount+ — and It’s Not ‘All Stars’

How Much Did Addison Rae’s Pink Tesla Cost?

‘Ozark’ Season 4: Fans Think Ruth Made a Fatal Mistake With Darlene in Season 3

Josh Duggar’s Case Now Involves a Protective Order — What Does That Mean?

Jessa Duggar Refuses to Tell Her Kids the Gender of Baby No. 4 Prior to Birth

‘Survivor’ Season 41: Contestants Rumored to Split Into These 3 Teams

‘The Challenge’: Cara Maria Sorbello Called Out Past Competitors for Cowardly Behavior

Martha Stewart Refuses to Put Snacks Out for Dinner Guests

John David Duggar Once Told Josh Duggar, ‘I Don’t Want to Be Like You Anymore’

Martha Stewart Will Never Cook With This Oil: ‘It’s a Hideous Thing’