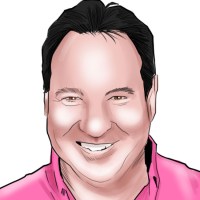 Mario Boucher joined the Showbiz Cheat Sheet team in 2021, but he’s been covering entertainment for two decades. He holds a particular passion for topics such as DC Comics, Batman, movie scores, and NASA/space exploration—he’s even interviewed Bill Nye. Mario listens to music scores regularly, which has helped deepen his appreciation for music. Mario consistently reads up on the entertainment industry and discusses topics with those in the entertainment field.

Mario earned his bachelor’s degree in English from York University, where he also minored in film. He’s taken Writing Extension Studies classes at UCLA, and he holds certifications in business and marketing writing from Mt. San Antonio College. Mario is also a member of the Society of Professional Journalists, and he’s written for publications such as Pasadena Magazine. Those who enjoy his content can keep up with Mario on Twitter.

Johnny Depp Says ‘No One Is Safe’ From Cancel Culture

‘No Time to Die’: Daniel Craig’s James Bond Is ‘More Naked Than the Women’

Will James Bond and Marvel Bring Back Audiences to Theaters?

On This Day: ‘The Shawshank Redemption’ Premieres in 1994

‘Halloween Kills’ Gets a Killer Score from Creator John Carpenter

The Wachowski Sisters Reveal: Lana on Bringing Back Neo and Trinity for ‘The Matrix Resurrections’ & Lilly Not Returning to ‘The Matrix’ World

You Are Being Watched: How Steven Spielberg Predicted Advertising Messages in ‘Minority Report’

You Are Being Watched: How John Carpenter’s ‘They Live’ Warned Us About Subliminal Messages

Is Morpheus Who We Think in ‘The Matrix Resurrections’?

Is Ridley Scott Reviving ‘Gladiator 2’ Despite Killing Maximus in the Original, Award-Winning Movie?

How Will ‘No Time to Die’ Tie Up 007’s Emotional Arc for Daniel Craig?

‘No Time to Die’: Final Trailer Promises the Film Will Actually Be Released Oct. 8

‘Star Wars’: 1 of the Biggest Stars of the Franchise Had a Fun ‘Rise of Skywalker’ Cameo