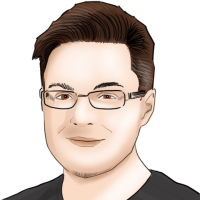 Nick Matysik joined the Endgame360 team in 2021 and works the most frequently with contributor content for MotorBiscuit, though he also collaborates on content for Showbiz Cheat Sheet. He earned his bachelor’s degree in English from the University of Wisconsin Oshkosh and has been researching and writing about the automotive industry for the past four years.

Nick’s automotive expertise began while working in marketing for an automotive company where he became a quick study in various vehicle brands, models, and automotive history. He’s since become the go-to person for friends and family when they’re about to go shopping for a new vehicle. Understandably, much of his work with MotorBiscuit centers on consumer information that readers want to know most about in their own car-buying experiences.

On Showbiz, Nick’s work centers the most around the new shows and upcoming film projects that are on the horizon for entertainment buffs. He’s the most interested in the action, comedy, sci-fi, and horror genres.

Nick is certified in Google Ads, Google Analytics, and Teaching English as a Foreign Language (TEFL), which he used to teach English in South Korea at an after-school academy. See some of Nick’s additional work on his personal profile.