10 of the Youngest Grammy Winners Ever

Winning a Grammy obviously marks a huge accomplishment for a singer at any time, but there are a select few artists who managed to earn the coveted prize at a very young age. These 10 musical acts were all under the age of 20 when they earned their first Grammy award. 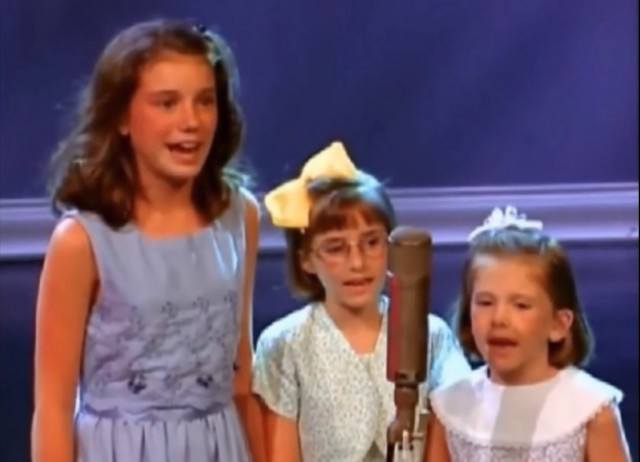 Ages: 7, 9, and 13
Leah, Sarah, and Hanna Peasall were thrust into the spotlight when they contributed to the soundtrack for the Coen Brothers‘ hugely popular movie, O Brother, Where Art Thou?. The sisters provided the singing voices for George Clooney’s daughters, the Wharvey Girls, in 2000. The compilation ended up winning the Grammy Award for Album of the Year in 2002 and made the trio the category’s youngest credited winners for their contributions to the album. Leah remains the youngest person ever to take home the coveted prize, although she only performed as part of a group.

Age: 14
Rimes made her breakthrough into country music in 1996 with her debut album, Blue, which reached No. 1 on the Top Country Albums chart and was certified multiplatinum in sales. It also earned the singer many major industry awards, including the Grammy for Best New Artist and Best Female Country Vocal Performance for the lead single, “Blue,” in 1997. In addition to becoming the first country music artist to win in the former category, the win also made Rimes the youngest solo singer to ever win a Grammy. 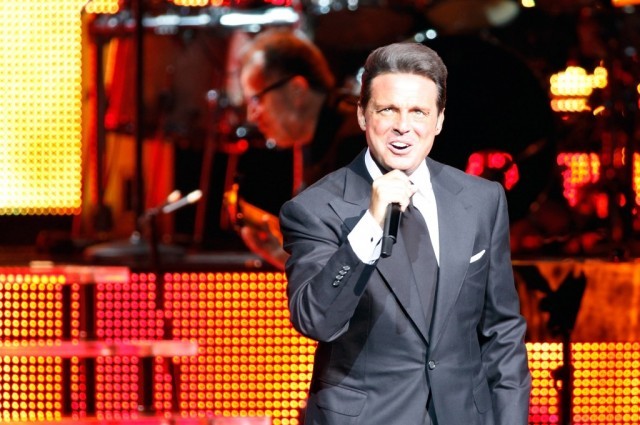 Age: 14
Now an icon in Latin America, Miguel received his first ever Grammy award in the category of Best Mexican/Mexican-American Album while still a teenager, thanks to his duet, “Me Gustas Tal Como Eres” (I Like You Just The Way You Are), with Sheena Easton. The track was initially released as the first single from Easton’s Spanish language album Todo Me Recuerda a Ti in 1984, and was later included on Miguel’s studio album, Palabra de Honor. His win was only the second time that that particular Grammy was given out. 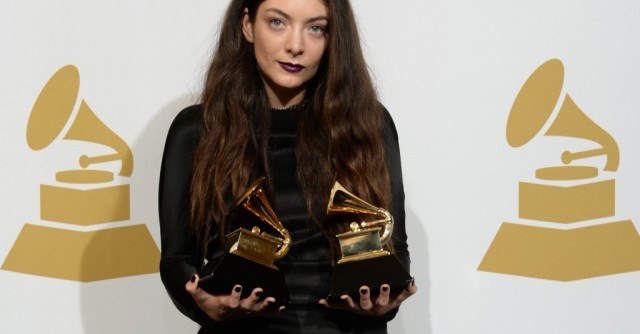 Age: 17
The now 19-year-old became an international star after releasing her 2013 debut single, “Royals.” The song topped the Billboard Hot 100 for nine consecutive weeks and made her the youngest solo artist to receive a No. 1 in the U.S. since 1987. The track also went on to win the singer her first (and second) Grammy in 2014, when she took home prizes in the categories of both Best Pop Solo Performance and Song of the Year. With those wins, Lorde became the fourth youngest act to ever receive a Grammy. 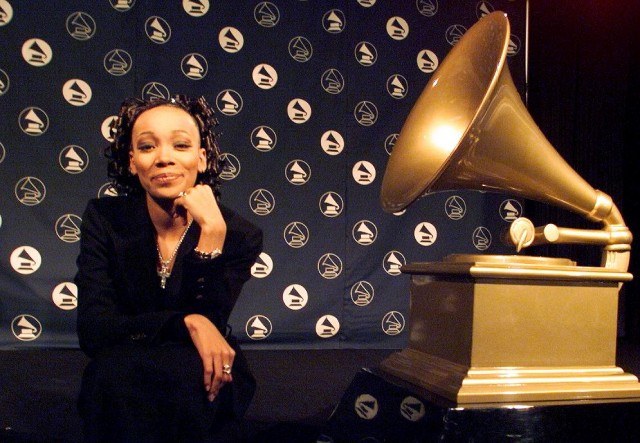 Age: 18
The teenage R&B singer earned major chart success with the title track off her 1998 sophomore album, The Boy is Mine. The hit single, a duet with 20-year-old Brandy, spent 13 weeks on top of the Billboard Hot 100 during the summer of 1998, and eventually became the best-selling song of the year in the U.S. It also earned both artists the Grammy for Best R&B Performance by a Duo or Group in 1999, making Monica one of the top five youngest musical acts ever to win. 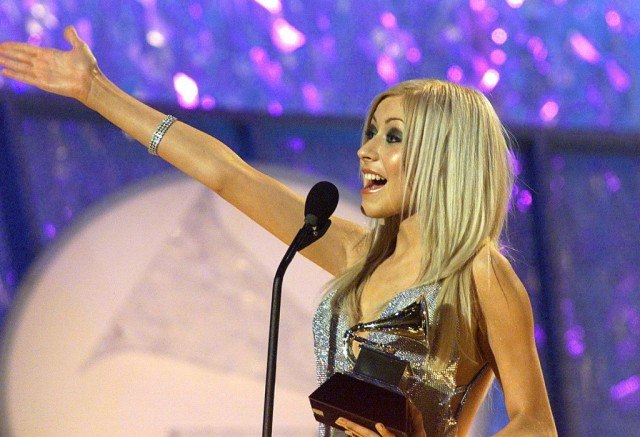 Age: 19
Aguilera burst onto the music scene in 1999, with her debut single “Genie in a Bottle” and her subsequent self-titled debut album. The track topped the charts in 21 countries and the LP also later debuted at No. 1 on the US Billboard 200. The record earned Aguilera her first ever Grammy nods in the categories of Best New Artist and Best Female Pop Vocal Performance in 2000. Though she didn’t win the latter, she did end up taking home the prize for Best New Artist. 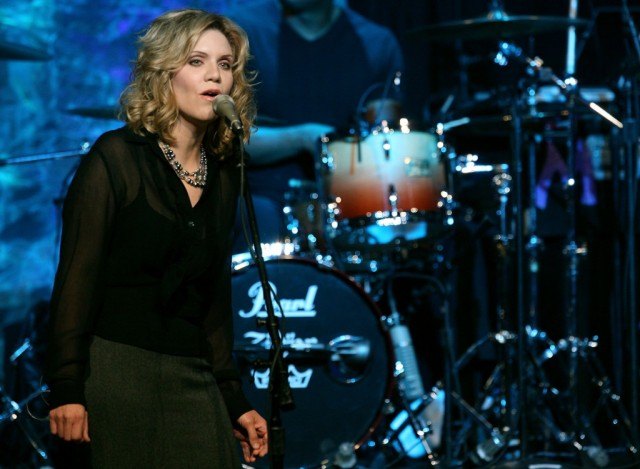 Age: 19
Krauss entered the music industry at an early age and was winning local contests by the age of 10, so perhaps it shouldn’t come as a surprise that the bluegrass and country singer-songwriter was also very young when she earned her first Grammy. She won it in 1991, in the category of Best Bluegrass Recording for her album, I’ve Got That Feeling. At the time, she was the second youngest winner to ever take home the coveted award. But it would be far from her only time doing so: Krauss has won a whopping 27 Grammys over the course of her career, tying her with Quincy Jones as the most awarded living recipient. 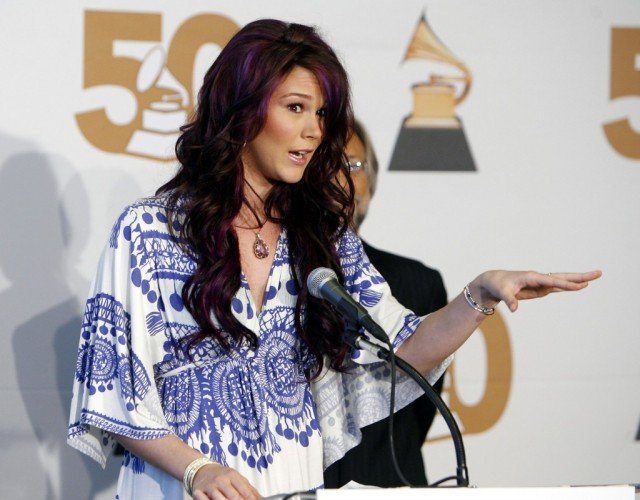 Age: 19
The English soul singer-songwriter became one of the youngest artists to ever win a Grammy with her version of “Family Affair,” a song originally recorded by Sly and The Family Stone. Stone teamed with John Legend and Von Hunt for a new take on the track for Different Strokes by Different Folks, a Sly & the Family Stone tribute/remix album. The collaboration was awarded the Grammy for Best R&B Performance by a Duo or Group in 2007. Though the single didn’t mark Joss’s first nomination, it did mark her first — and so far, only —  win. 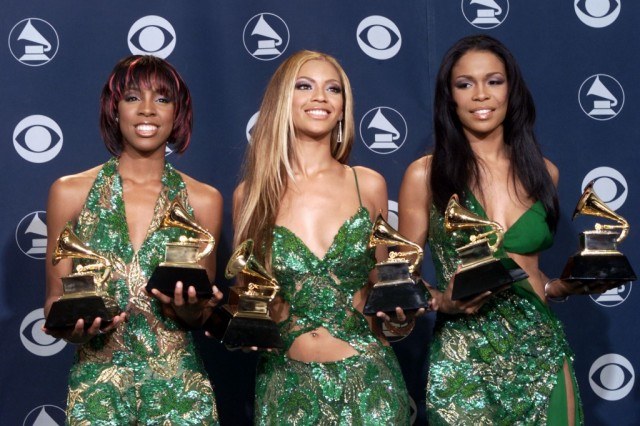 Ages: 19
Before becoming Queen Bey and basically running the universe, the singer earned worldwide breakout success as part of the girl group, Destiny’s Child. The group earned several nominations in 2000, but they didn’t take home any awards until the following year. In 2001, they won Grammys for Best R&B Song and Best R&B Performance by a Duo or Group With Vocal for their one of their now signature songs, “Say My Name.” At the time, both Beyoncé and Michelle were only 19. Kelly was 20, having celebrated her birthday just 10 days before the ceremony. 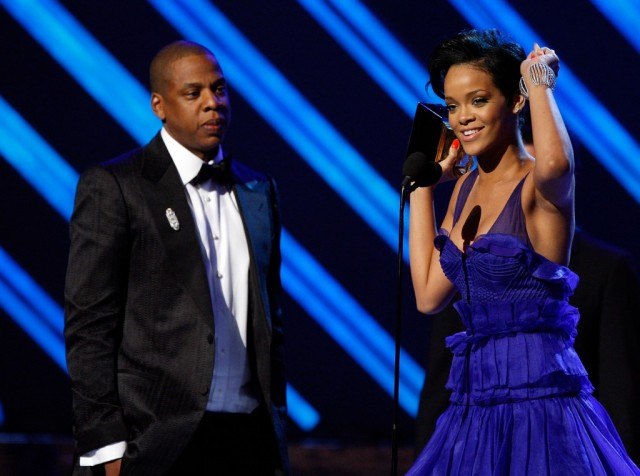 Age: 19
The singer took home her first Grammy in 2008 for her song, “Umbrella.” The track was the lead single off her third studio album, Good Girl Gone Bad, and topped the charts in 13 countries. It also earned two out of Rihanna’s four total nominations that year (which included nods for the songs “Don’t Stop the Music” and “Hate That I Love You” as well) and her only win that night. She won for Best Rap/Sung Collaboration, marking the first of four wins she’s had in that category throughout her career.