The Office is a mockumentary-styled television series that has kept viewers laughing since it first debuted in 2005. Among the numerous funny characters portrayed in the show, one of the most beloved (and funniest) is Michael Scott.

Portrayed by Steve Carell, Michael Scott is the central character throughout the first even seasons, until he leaves the show and is replaced. Scott serves in The Office as the Regional Manager of the Scranton Branch of a paper company called Dunder Mifflin, Inc.

Michael Scott has had plenty of jokes and one-liners during his seven hilarious seasons on the show. From nonsensical quotes and great word mix-ups, to an obvious misunderstanding of everything, Scott has had fans laughing out loud more than his fair share of times.

1: Fear the love, love the fear

“Would I rather be feared or loved? Easy. Both. I want people to be afraid of how much they love me.”

2: At least someone loves Wikipedia

“Wikipedia is the best thing ever. Anyone in the world can write anything they want about any subject. So you know you are getting the best possible information.” (We’re pretty sure it works the exact opposite, but that’s just us.)

“Guess what, I have flaws. What are they? Oh, I don’t know. I sing in the shower. Sometimes I spend too much time volunteering. Occasionally, I’ll hit somebody with my car. So sue me.” (I wouldn’t tell them to sue you, because we’re pretty sure they will.)

“If I had a gun with two bullets and I was in a room with Hitler, Bin Laden, and Toby, I would shoot Toby twice.”

“No, I’m not going to tell them about the downsizing. If a patient has cancer, you don’t tell them.”

6: Most people don’t feel this way

“Sometimes I’ll start a sentence, and I don’t even know where it’s going. I just hope I find it along the way.”

“I love inside jokes. I hope to be a part of one someday.”

“I’m an early bird and a night owl. So I’m wise and have worms.” (Don’t worry, there is medication for that.) 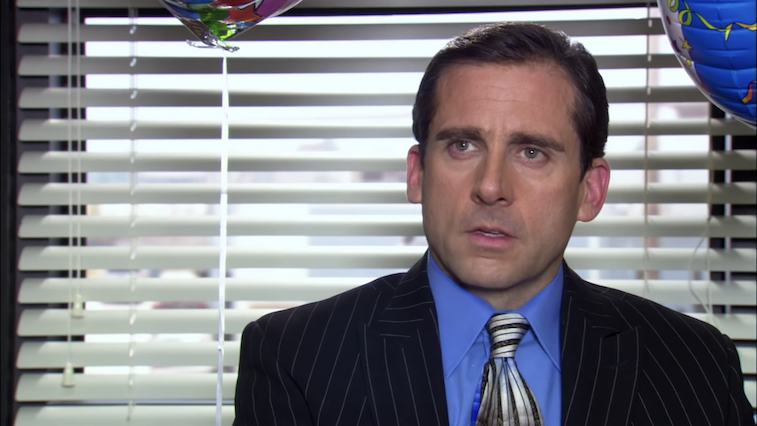 “I feel like all my kids grew up and then they married each other. It’s every parent’s dream.”

12: Someone needs to explain this

“I don’t understand. We have a day honoring Martin Luther King, but he didn’t even work here.”

“St. Patrick’s Day is the closest thing the Irish have to Christmas.” (Just an FYI: the Irish do celebrate Christmas.)

“And I knew exactly what to do. But in a much more real sense, I had no idea what to do.”

“It’s not like booze ever killed anyone.” (But hey, what does Science and statistics know?)